What happens when you are heading off for a trip and have a low blood sugar at the airport? A race, an ill placed Coke machine and first class seating.

With the first security line packed my husband and I opted to race to the next security gate hoping to get through before our flight took off. By raced we mean me who works out all the time spent the trip across the airport huffing and puffing with my shoulder bag slung over my shoulder. Anything and everything I could fit from the closet into my bag went in there. You can never be too prepared. Until you are forced to wind your way through the airport at lightning speed. Of course, since my husband travels all the time, he opted for his nice Skyroll bag and his security approved computer backpack with laptop and insulin supplies tucked safely inside. 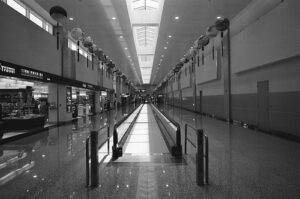 As we approached the security line and started tossing our bags up onto the conveyor and slipping shoes into bins my husband casually said, "Hey hon, when we get through the line I need to grab something to eat. I'm feeling a little low."

No big deal I thought. We'll just grab a soda and a snack and he'll be fine. Which is what usually happens.

Five minutes later we had made our way through the metal detectors and were grabbing our stuff. He always beats me through the line and always has his shoes back on and is waiting for me to finish gathering my stuff. Today he seemed to fumble just a little more than usual with putting his insulin pump back on and hooking up his backpack to his Skyroll. 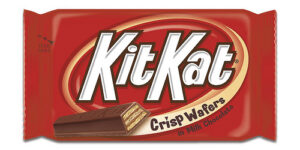 "You okay?" I asked. "Yeah, just need to get something." We checked our flight departure gate, then ducked into the nearest gift shop. He grabbed a regular soda, a Kit Kat, and a Snickers bar. Don't judge. I learned this lesson a long time ago from my husband that when you get really low, you'll eat just about anything to not feel that way again. Your feet and hands feel heavy and clumsy, you get lightheaded and you feel like cotton balls have been stuck in your mouth. Kind of like playing fluffy bunny, but with cotton balls instead of marshmallows. You also feel like everything and everyone are talking to you from a long tunnel. Things just don't connect in your head. I kind of knew when he bought all of that we were in trouble. But he just kept going.

Chugging the soda as we walked quickly towards the gate, he ripped open the Kit Kat and started munching on it. We checked in at the gate and tried to change seats. He coherently answered all of the gate attendants questions and as I looked over to see how he was doing, I noticed the classic "really low" look. Ashen face, beads of sweat hugging unnaturally to his forehead. As soon as he finished talking to the gate attendant, he trudged over to nearest wall by the gate and slumped to the floor, leaning up against the wall. "Get me another soda," was all he could get out and he clumsily reached into his pocket for money. 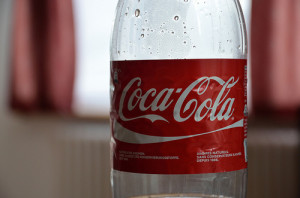 I walked quickly in and out of people waiting in line to get on their flight scanning for the nearest Coke machine. I made my way to the machine, then cursed softly when I realized I only had $2 and the soda was $2.25. Why hadn't I brought my purse? I raced back to him and dug out another quarter from my purse, then weaved in and out of people again to the soda machine strategically placed by every person waiting to board the next flight. I got over to him and he drank the next soda.

Within a few minutes he was looking a little better and the gate attendant was making first boarding calls for our flight. He turned to my husband and said, "Do you want to board now sir?" My husband replied that he would love to, got up and grabbed his carry on. As we walked down the tunnel from the gate to the plane he said, "see, sometimes having diabetes pays off."

"Honey," I replied, "I love you but you look like crap right now. That's why he turned to you."

"You don't look like you are feeling well at all."

Thirty minutes into the flight he was feeling better and had had a snack to keep his blood sugar stabilized. I knew that after a blood sugar that low he usually takes a nice long nap. I asked him if he was doing okay and if he was going to take a nap, but he said he was doing fine. I told him I hadn't seen him have a low like this in awhile. With him working from home for the past year he can catch his blood sugars pretty quickly now and has easy access to snacks. I told him how it's hard to judge how low he is sometimes.

"It's crazy. Not even a minute before you slumped against the floor and looked and acted like you were having a really low blood sugar, you were talking to the gate attendant about switching our seats so we could be together. No one would've even had known how low you were."

"I was talking to the gate attendant? I thought that was you talking to her."

*Skyroll did not compensate us in any way for this post. After huffing and puffing through the airport from the security line to the gate with his and my luggage, I asked him to put a Skyroll on my Christmas list. Along with an Alice to help clean the house.