I broke out the black today. After a couple of  nights of over indulging in sweets I only get to nosh on once a year, it was time to break out the black.

And I will probably keep the black from now until New Years. 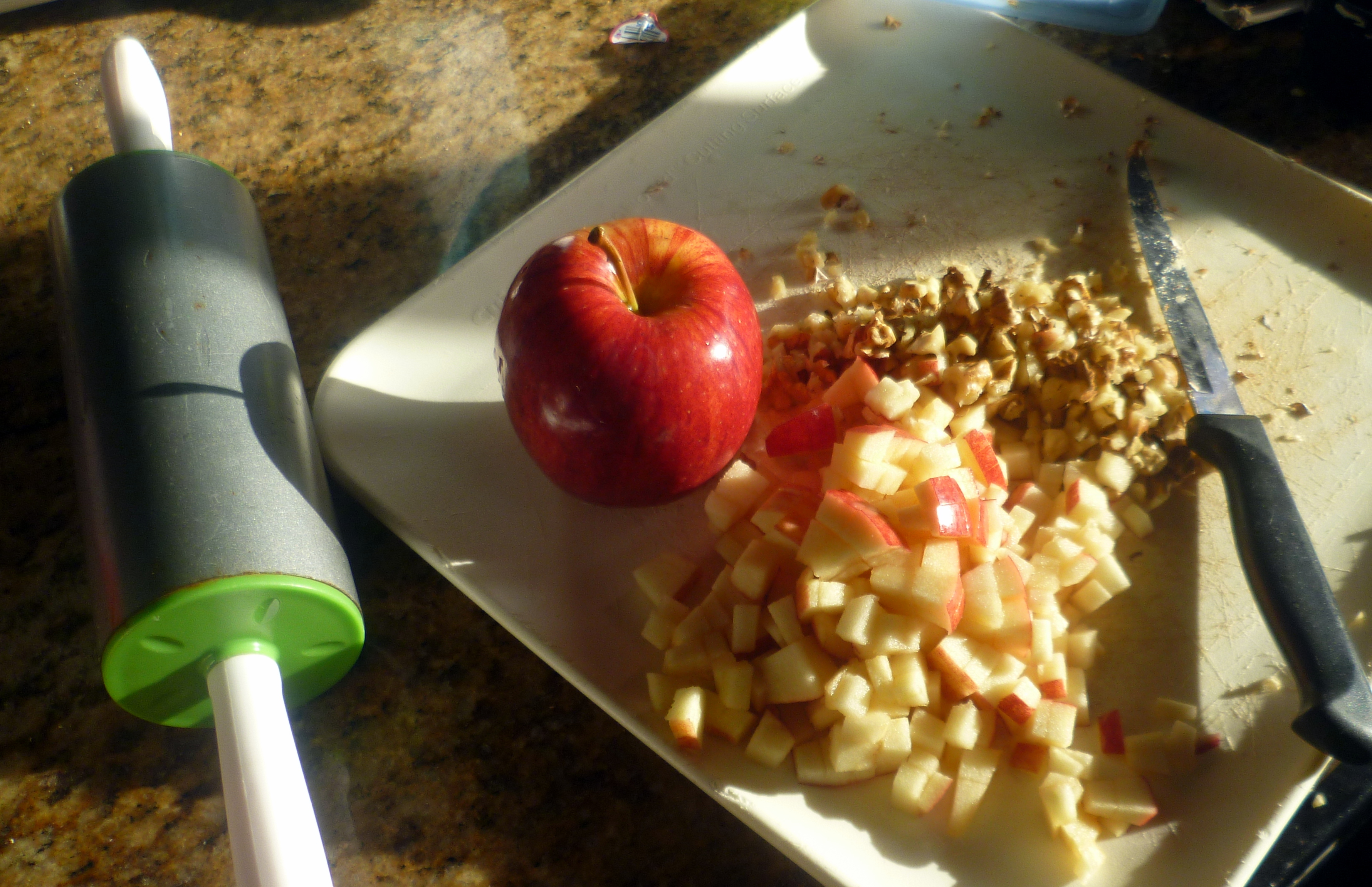 Of course, I had to detox with something healthy after all that candy. Since I've got plenty of walnuts from my black walnut tree sitting around and apples from my tree, I decided it was waffle time. 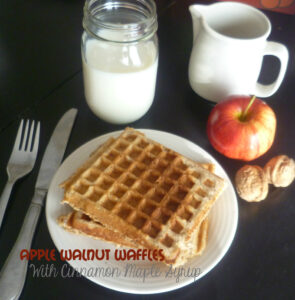 The waffles are perfect. Each bite has the sweet taste of warm cinnamon syrup with a touch of apple and a hint of walnut to it. They are amazing--and they are amazingly good for you. You won't know you're eating healthy! 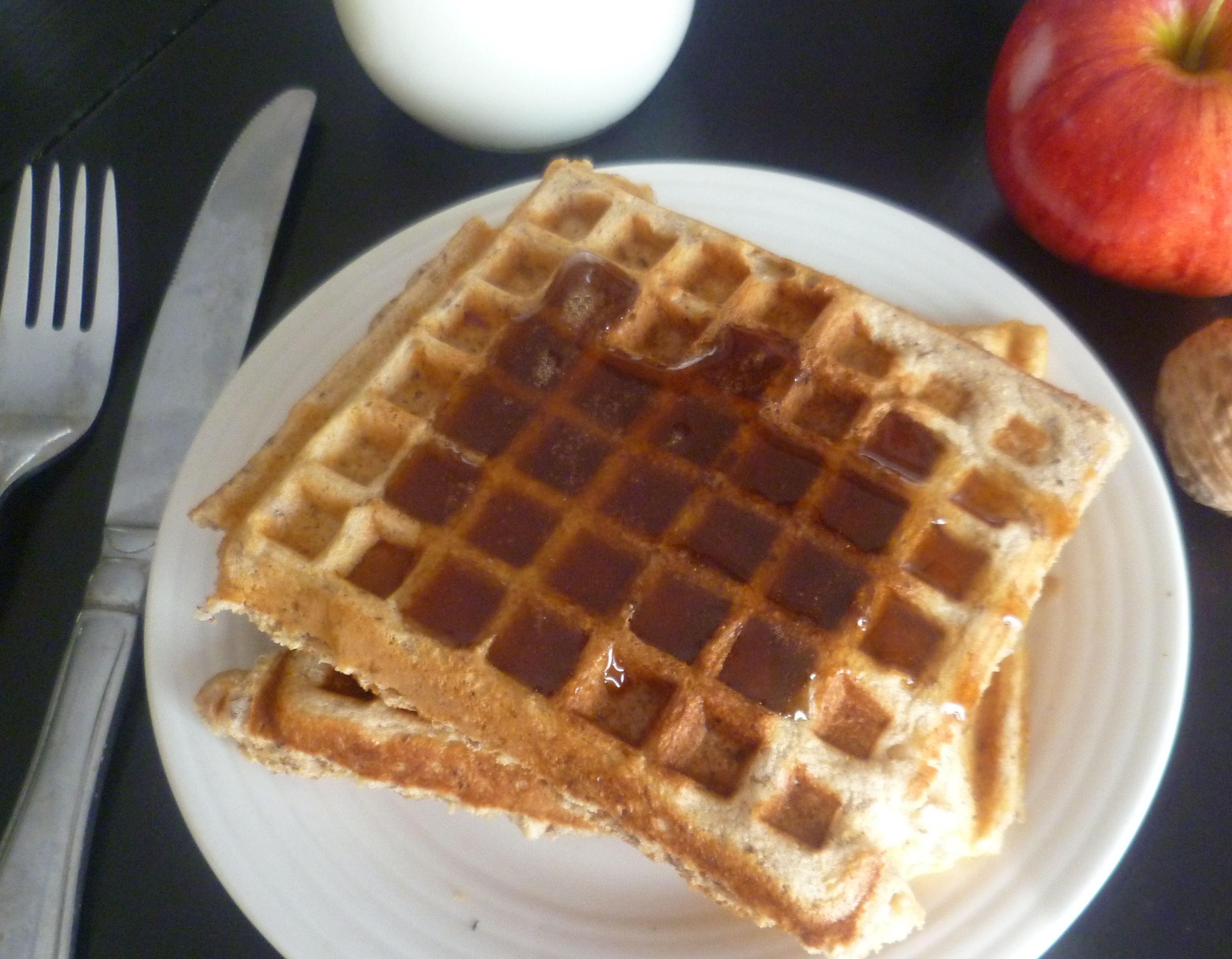 (I use oat flour, or a mix of all purpose flour and whole wheat flour)

¼ cup sugar (I use coconut)

For the cinnamon syrup you will need:

In a large bowl, mix together the dry ingredients (flour, flax, sugar, baking powder, cinnamon) until blended. Slowly add in the eggs, applesauce, yogurt, and milk and continue stirring until mixture becomes blended well. Gently fold in the apples and walnuts until evenly distributed through the mixture.

Cook waffles according to your specific waffle manufacturers instruction. These waffles were tested on a standard 4 inch square waffle maker and made approximately 14 waffles. This recipe has not been tested using a belgian waffle maker.

To make the syrup: In a small saucepan, combine the syrup, cinnamon and butter. Bring the mixture to a boil over medium heat. Once mixture comes to a boil, turn off heat and remove cinnamon stick (if applicable).

Serve syrup over warm waffles. And enjoy a piece of breakfast heaven. 🙂