This delicious asparagus and red pepper frittata is filled with parmesan and pepperjack cheese, quinoa, and topped with basil.

I am really not a big frittata person. The word is too fancy. And if the word is too fancy than it usually means that I will somehow screw up the recipe when I make it. That and it's kind of like the word quinoa. For the longest time I pronounced it "qwin-o-ah." People at the stores looked at me funny. I finally figured out it was "keen-wa."

Yes, frittata was too fancy of a word. So was quinoa. But this recipe has them both. 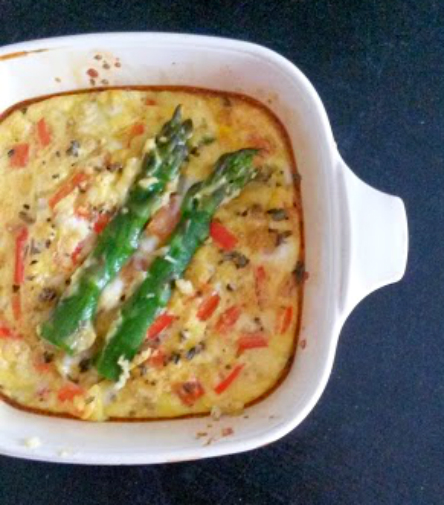 But when asparagus went on sale the same week that red bell peppers did it was kind of hard NOT to make this recipe. It was the best lunch ever.

Of course, you can have it for dessert, use it as a fancy schmancy breakfast, or have it as lunch like I did.