I love our country. I love that we have organizations set up across the country to help a variety of people in a variety of different situations. I love that so many people in our country still want our country to be a positive place to live. I love that our country loves the children and sets a good example for them so one day they can do the same for their children. And goodness I LOVE that an organization and so many volunteers stepped up and transformed an entire city into Gotham City so one little boy could live his dream for a day. And their service to this little boy didn't stop there--no, it took their example and service, reached up and grabbed the entire nation. 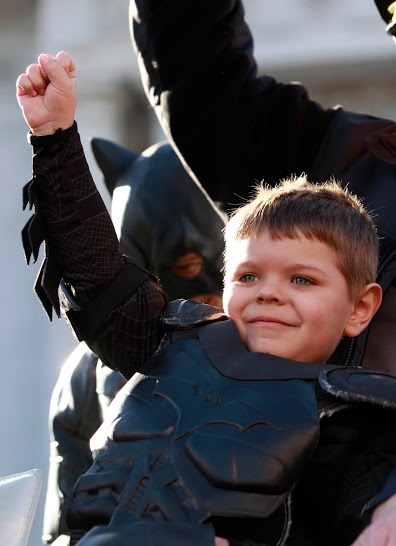 November 15, 2013. The city of San Francisco is transformed into Gotham City for Miles Scott, a five year old boy fighting leukemia. (He has since won his battle with cancer!). The media frenzy that followed was nothing short of incredible. 1.84 billion people took to Twitter and Instagram to cheer this little boy on including President Obama and astronauts from the International Space Station. The original 200 people the city had planned on having to line the streets of San Francisco to cheer on Miles turned into a huge crowd of 25,000. People peered out of office windows to get a glimpse and took to TV, internet, and social media to reach over 2 billion people. 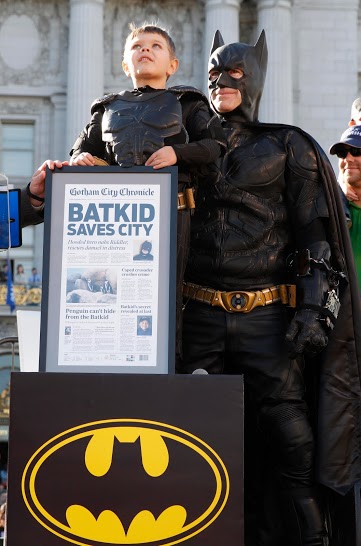 We watched the Batkid video as a family and felt the influence it had on not only us but our own children as well.  But what makes this so profound of an event? How did an event of this magnitude come together and why did this event resonate so deeply as it did with an entire nation? 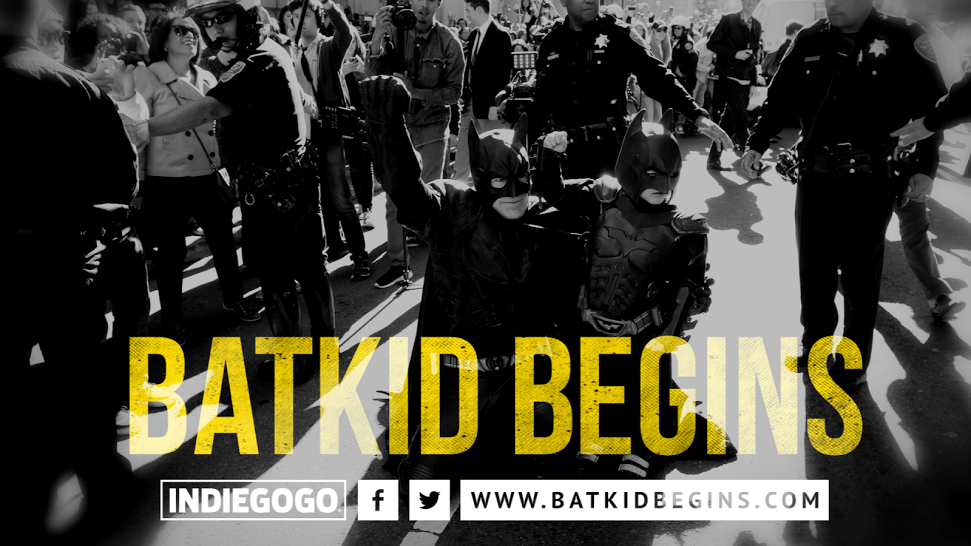 Batkid Begins is a video being put out to answer all those questions--how the Make A Wish Greater Bay Area was able to pull off this incredible feat and how Miles captured millions of people's hearts.  KTF Films teamed up with big-name musicians, animators, and visual effects professionals, all working at reduced rates in the name of Batkid to bring Batkid Begins, an Indiegogo campaign.

Batkid Begins is a documentary film directed by independent filmmaker Dana Nachman and all proceeds from the campaign  will benefit San Francisco charities.

You can follow along and become the ultimate Batkid fan too. Head HERE now to become a part of the Batkid campaign. And if you're following the action, be sure to use #BatKidBegins and follow along on Twitter at @batkidbegins or on Facebook here. Catch a glimpse of the movie below then let's get to work!

I was selected for this opportunity as a member of Clever Girls Collective and the content and opinions expressed here are all my own.