One of my favorite pizzas in the world when I eat out is the pear gorgonzola pizza from California Pizza Kitchen.

It's just not very good for you. But it's a wonderful splurge. 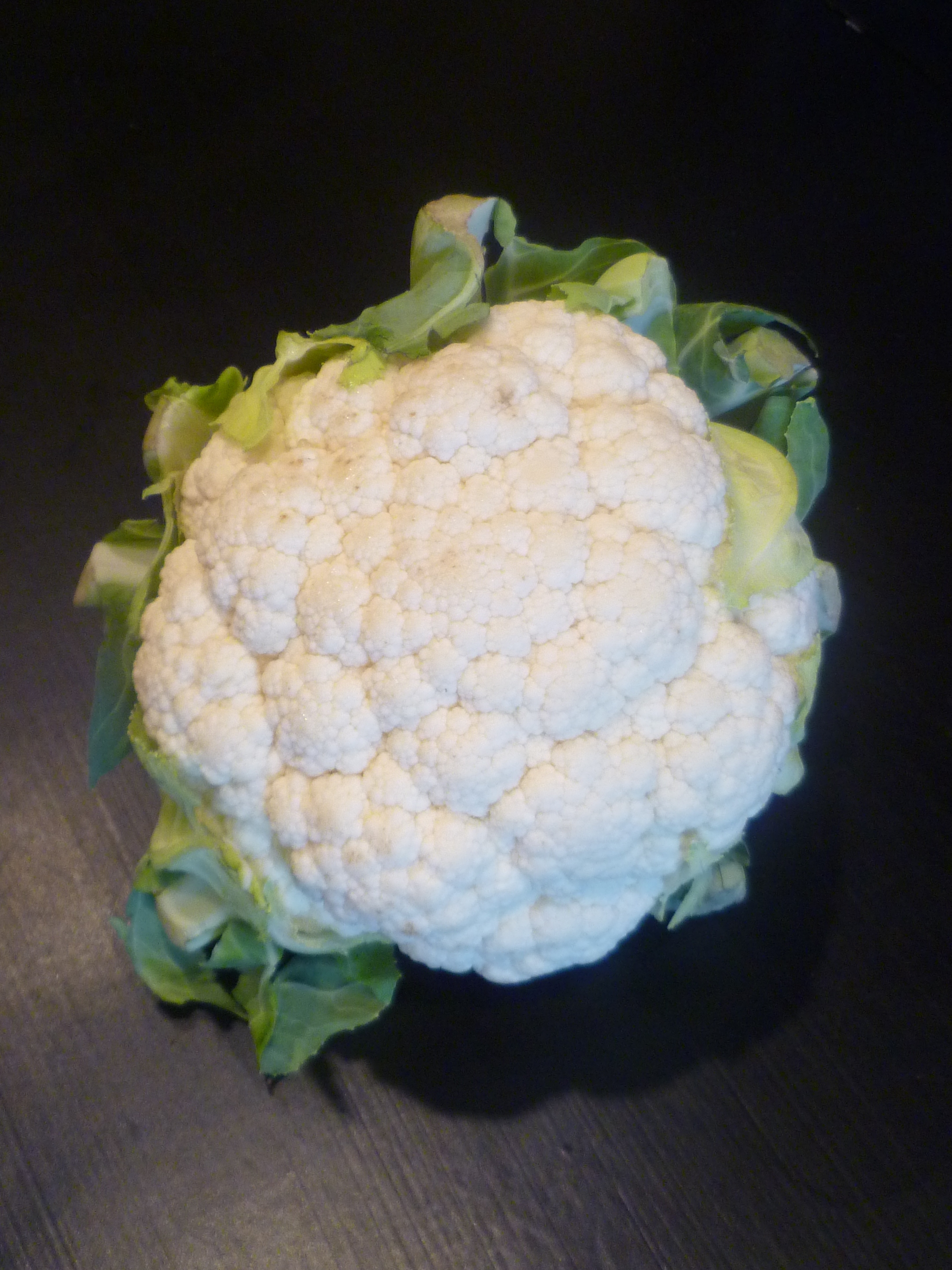 However, when I'm trying to do good on the eating thing, I've got to keep it a little healthy. I've seen this recipe around the web, but up until now I haven't tried it. Simply because cauliflower was one of those vegetables that I didn't like as a kid. My parents always fed it to us raw, or plain, steamed, with nothing on it. So it took me awhile to gear up for this pizza crust. 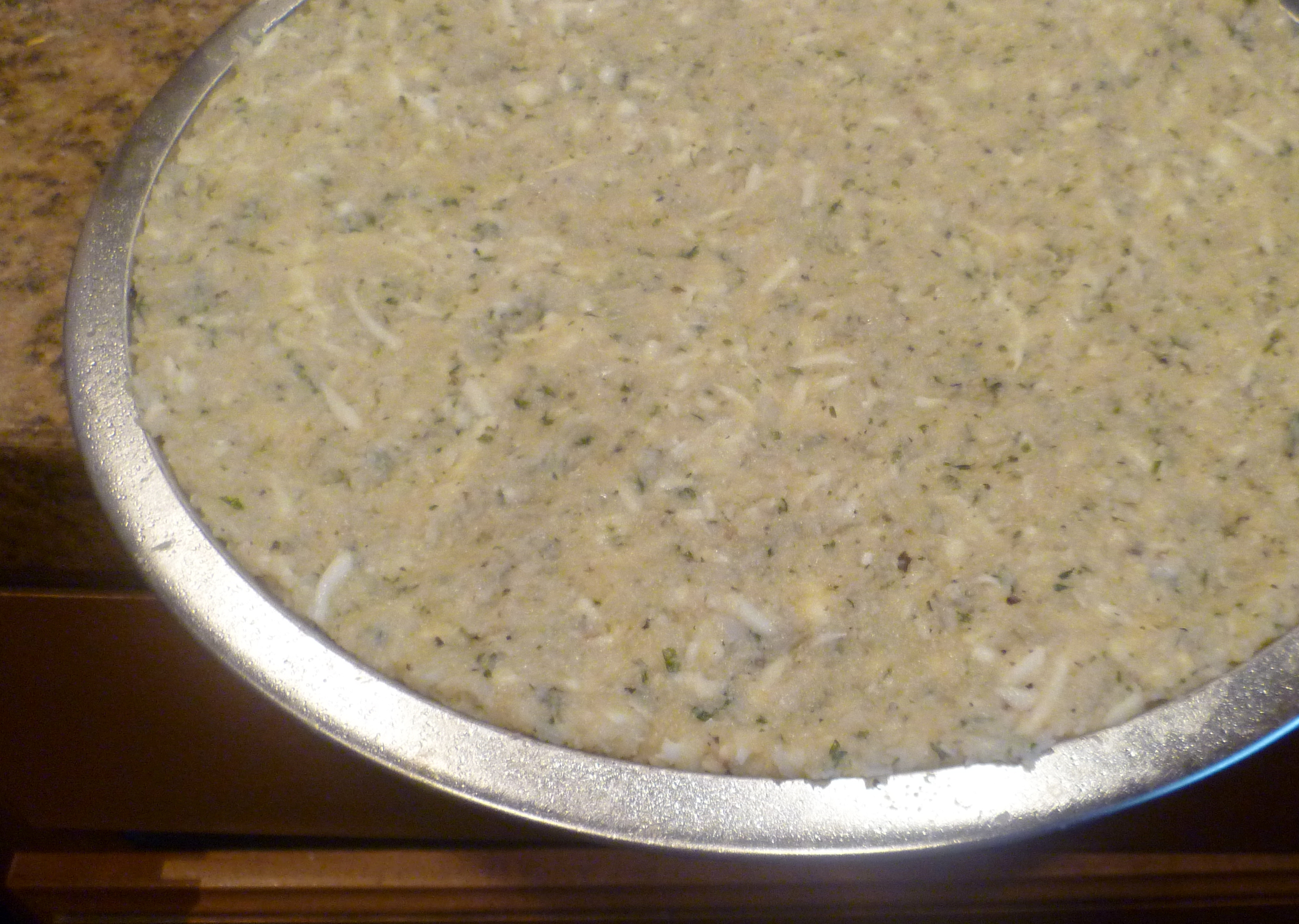 No matter WHAT people say around the blogosphere, you cannot take a bite and think it's going to taste like a traditional  pizza crust. But it is good. REALLY good. I love the flavor combination. I'll make it again. And that says a lot for a girl that didn't like her cauliflower growing up. I even got my vegetable hater to try it and say that she liked it. And if I can get her to like it, I know you'll like it too! It was fantastic with the pear. I lightened it up a little bit by using less gorgonzola and a little more skim mozzarella. Try it today! 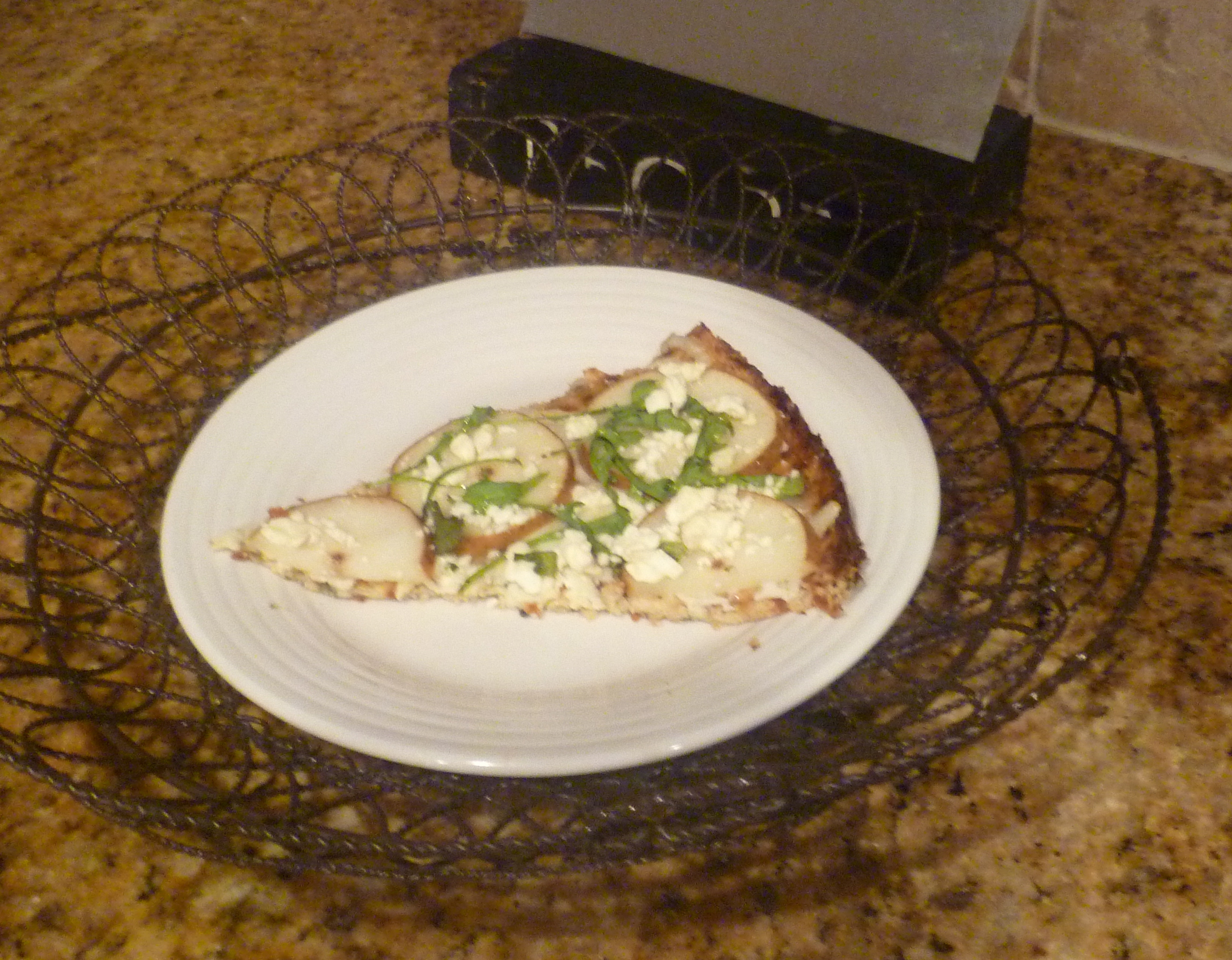 In a medium bowl, combine the riced cauliflower, egg, cheese and seasonings. Press evenly onto the cookie sheet or pizza pan. Bake at 450 degrees for 12-15 minutes. (May need to cook longer if crust is still very soft. Just don't let the crust burn!) Remove from oven, and top with pizza toppings.

(Depending on the size of your pizza, you may need to double the amount of toppings).

In a saute pan, place pears and onion and toss with a small amount of honey or agave. Cook on medium heat until pear and onion become tender. Remove from heat and set aside.

Brush the pizza crust lightly with olive oil. Top with one cup of mozzarella cheese. Arrange pears and onions on pizza. Top with gorgonzola cheese. Place under the broiler until cheese is melted. Remove pizza from oven, top with argula and cut pizza.

Cauliflower Crust Veggie Pizza by Notes from the Table