This is one of our favorite recipes for challah bread. It comes courtesy of my cousin. The kids love it when they start to see me braid the bread. They always say, "Is this your cousin's bread?" It somehow ties them to my family even though my cousin lives across the country. 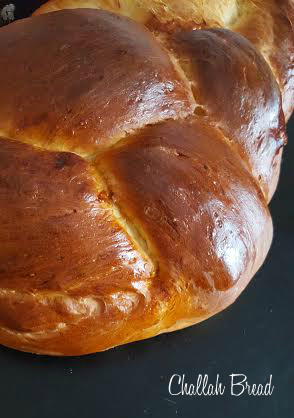 While it is perfectly good on it's own we also enjoy the bread in this crockpot creme brulee casserole. Or with cinnamon butter or raspberry honey butter It's amazing!

We love challah bread for soups, french toast or just plain! It is amazing. And come back Wednesday because we have a delicious recipe the kids (and grownups) will love!

You can substitute one flax egg (one tablespoon of flax seed with three tablespoons of water) for one of the eggs.