Flipping through my Taste of Home Magazine they handed out at the Taste of Home Cooking School last week a recipe caught my eye for eclairs. I haven't had those in years! And the recipe seemed so easy! Could I make eclairs? Of course, no sweat, right?

We ARE talking about me here though.

But I did it. I tried the recipe that claimed it was an easy eclair to make. And it was!

Of course, last night my poor husband maxed out his insulin pump and had to change it after eating three, yes three eclairs!! Guess I must have made them pretty good. And the kids were asking for seconds. My daughter even wanted to make them an Easter tradition. So I now am recommending them to you as a great Easter or Spring dessert.

Just a few tips when making these though:

1. The first batch of eclair dough I made was made with a metal pan and the flour dough stuck to the bottom and never allowed the dough to form a ball like the instructions said to. Try to use nonstick.

2. I overfilled the eclairs, using about 3 tbsp of pudding inside each one. I would recommend cutting back to about 2 tbsp per eclair.

3. Your husbands tape measurer works perfectly to make sure that the eclairs are the right length. However, husbands may not like you borrowing and sanitizing their tape measurer for food measuring purposes. Just saying.

To view the recipe, head to the Taste of Home site now! 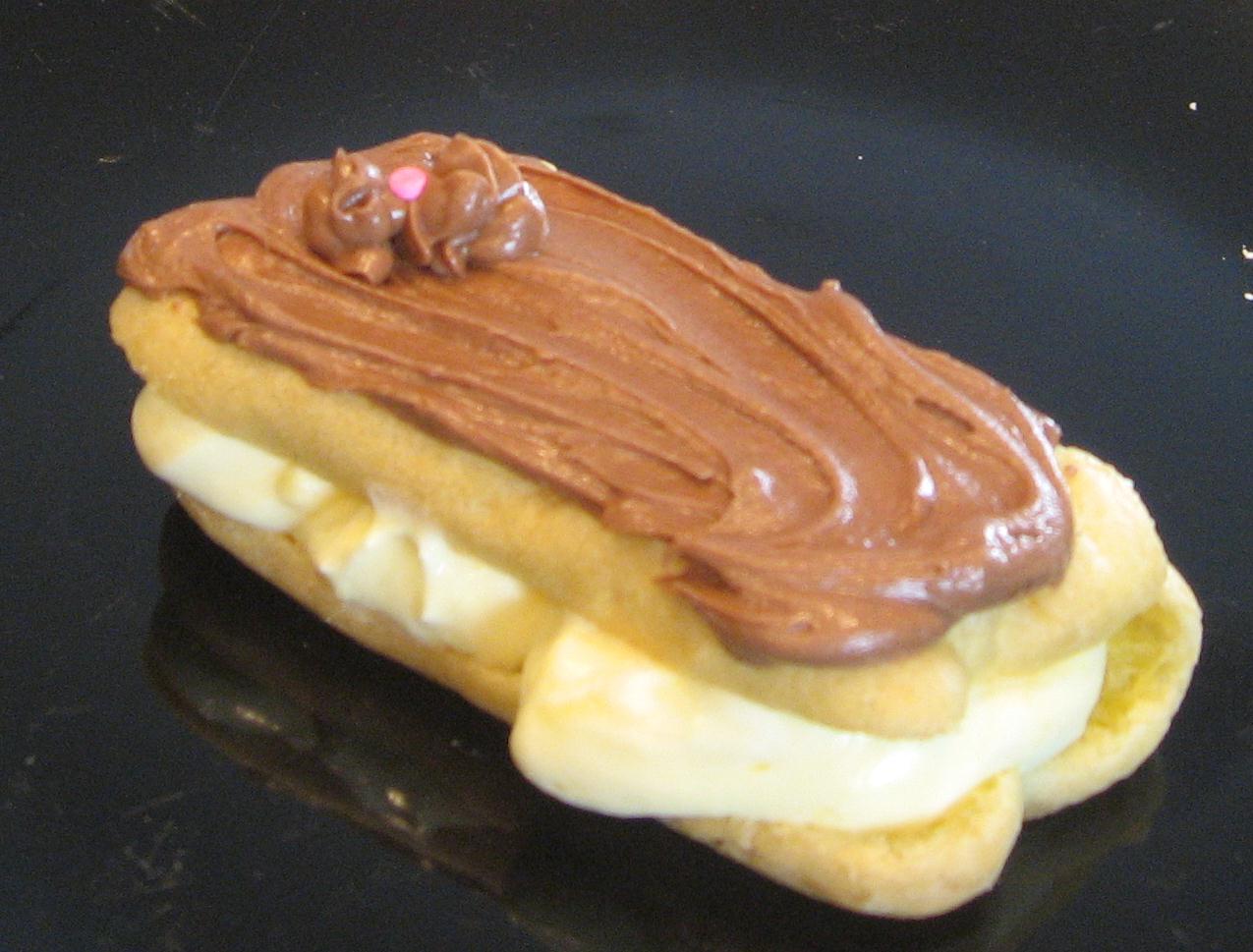