This picture definetely sums up our life right now. There are days we desperately try to hold on to whatever shred of sun we can, but we can see that wall of clouds and darkness coming towards us. And while we know the storm won't last long, it's a definite sign that the day will be long and will be very dark. 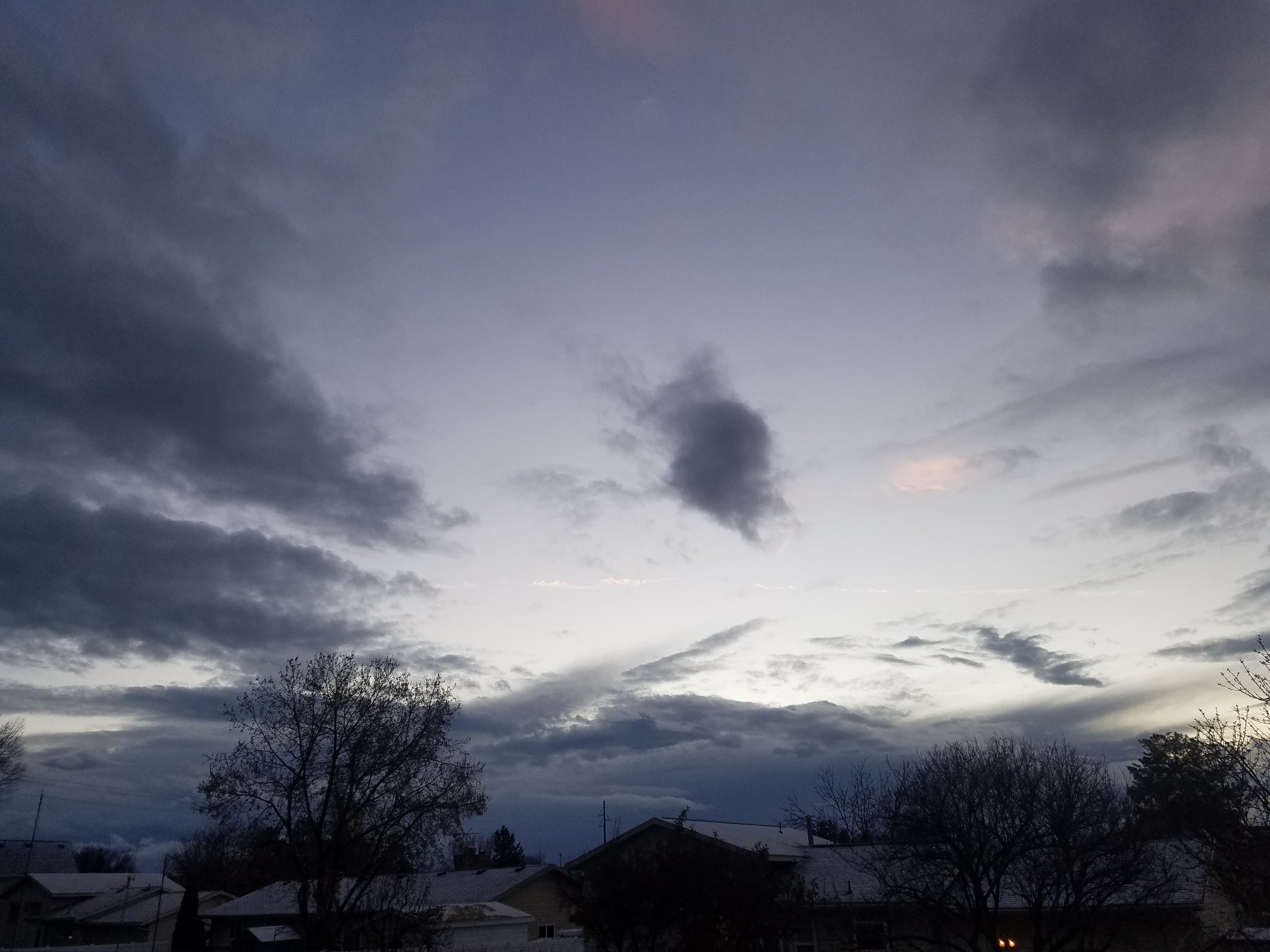 I'm not sure who or when the phrase "embrace the suck" came about but it happened awhile ago and seems to be the general phrase used when our family is having a tough day and that impending storm comes in with trumpets blaring.

When we are struggling, we stop to ask each other, "are you doing okay?"

"Yup," the reply will be. "Just embracing the suck today." 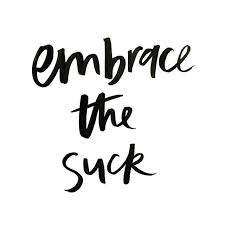 Sunday quickly became an "embrace the suck" kind of a day. It started before church. My poor boyfriend was trying to keep me in good spirits while helping with some house projects that needed to be done but he could quickly tell I was struggling and if one word was said to me I was going to collapse in a state of tears. So he did the best thing he knew how to do...he just took me in a hug, or softly laid a kiss on my forehead and told me I was doing okay and the kids and I were going to be okay and he was there if I needed him. And then he would quietly go about his chores, allowing me to tend to the kids or go back to mine.

I knew that the kids were struggling as i saw them decorate their Dad's tree for his grave. Trying to be strong, I pitched in to help them, but it was no use. We were all numb and I could tell no one wanted to do this. 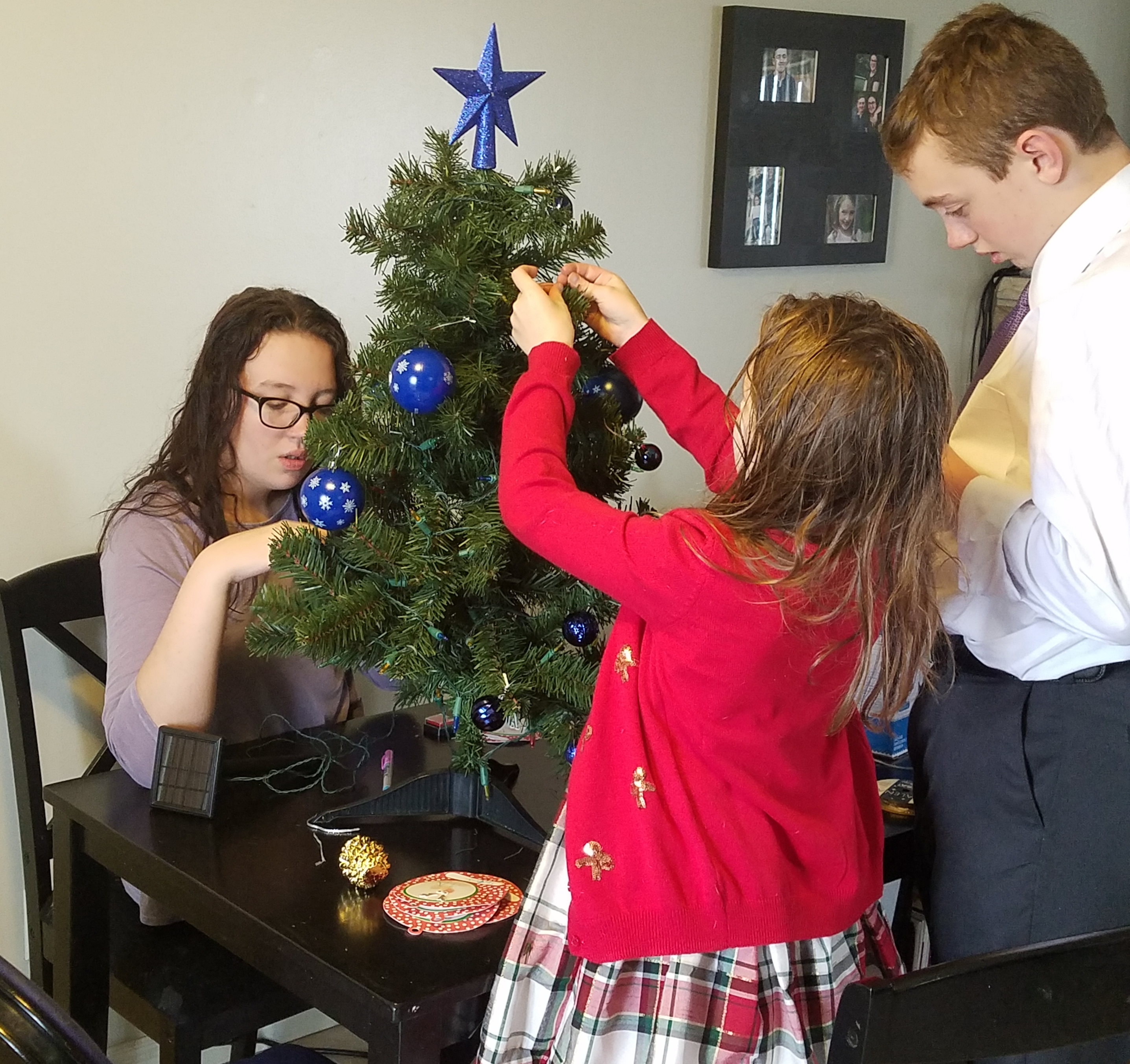 when my daughter hung the last ornament on the tree, I lost it. I sobbed. I left the room and took my time to softly cry. 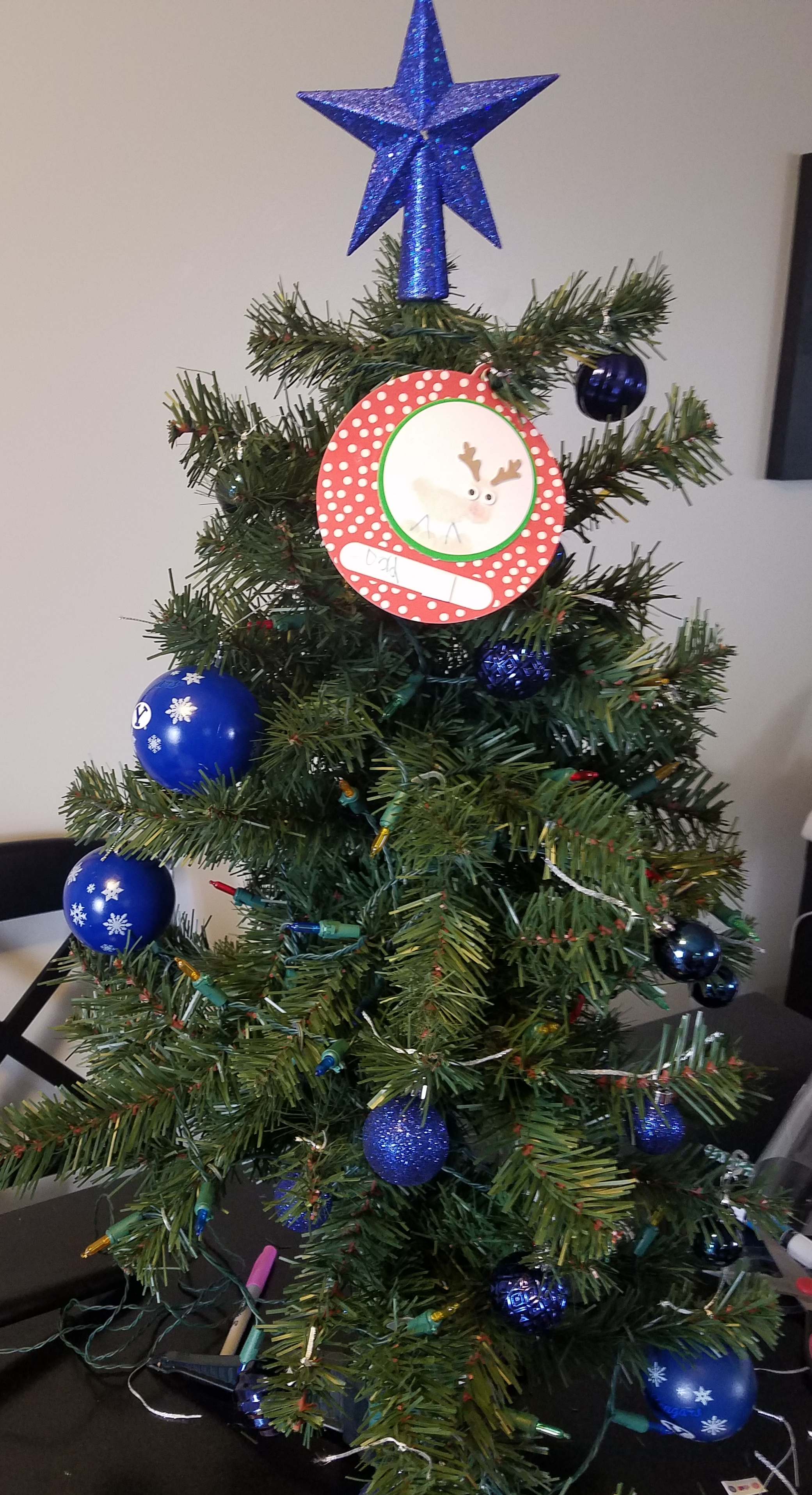 I went downstairs and blurted out to my boyfriend that it wasn't fair and I couldn't stand to see the kids hurt that way. That NOTHING is worse than seeing your kids go through something like this. To see the hurt etched in their faces and the tears welling up in their eyes knowing there is NOTHING you can ever do as a parent to dull that pain. He nodded, took me into his arms and didn't say anything. I just kept saying over and over that they had been through too much, how could God ask them to go through more? It wasn't okay. There hadn't been enough time. My ex never had enough time here to fix things. And while I had come to accept that we would have never worked out and the things he had done to the kids and myself would never allow us to get back together in this life, I NEVER stopped hoping and praying that my prayers on his behalf would be answered while we still had time here on earth. I would never get that chance and am still in the process of trying to accept that.

While the storm raged outside we tried to go to church, but my son ended up leaving part way through to dissolve in a fit of tears in the car. He didn't come back and my daughter and I left to take him home. We all ended up taking naps. After church, my oldest came home in a fit of tears.

Anytime any one of us asked how the other was doing the response was "definetely an embracing the suck day, just trying to get through it."

After we ate dinner, my oldest asked for us to turn on a song that had a lot of meaning to her. I told her that she had to wait until I had my last bite of food so I wouldn't cry and not end up eating. Once we all finished, she turned on the song and the meaning hit home for us. if you have someone you are missing this holiday season as most of us do, I hope that this brings as much peace to you as it did to us.

One of the hardest things about my children loosing a parent so young is trying to give them hope. When I lost my Dad, I was in my early thirties, and although I felt that i had lost him too early I found comfort in my own young children and knowing he had lived a good life. But I often tell the kids that although no one will ever have gone through what they have...no one will ever go through the same divorce we did, no one will ever loose a parent in the exact same way or circumstance that we did. But everyone's stories overlap in a way and we can empathize with each other in those overlaps. We know what pain of death feels like, and we know what going from home to home feels like and we know what the pain of divorce feels like.

Some of our greatest lessons in life and doors that will open come through some of our endings. i could never imagine the lessons that i would learn from the ending of my marriage, the challenges with my parents growing up, nor would I ever think that some of the greatest lessons my children are learning were going to come from a life ending. While it doesn't seem fair, and it doesn't seem right, I have to keep hoping and praying that we will be okay. That we will keep "embracing the suck" and see the positive and move through the difficult and negative times. I know how hard that gets, and how difficult it is to keep moving through the walls and obstacles. There are so many times that it just feels like more than I can handle. It's just too much. But I have to remind myself that my time isn't up. My story and my legacy are not finished yet. And neither are my children's. I have to keep going for them, i have to keep helping them have hope, same as I have to keep teaching them to keep going for themselves and their future generations. No one has told us our time here on earth is up, so we must use that time we have.

Anatomy of a Low Blood

Cutting Insulin in Half

A Panic Attack, a Bug and Diabetes

"Diabetes and Marriage--Defining in Sickness and in Health, and When is it Okay to Say that You're Done?"

Friday Night in the Cemetary