Funeral stuffed animals can be a source of comfort and strength during a difficult passing away of a loved one, parent. child or friend. Plus, we added some tips for helping our own children go through the viewing of a loved one. 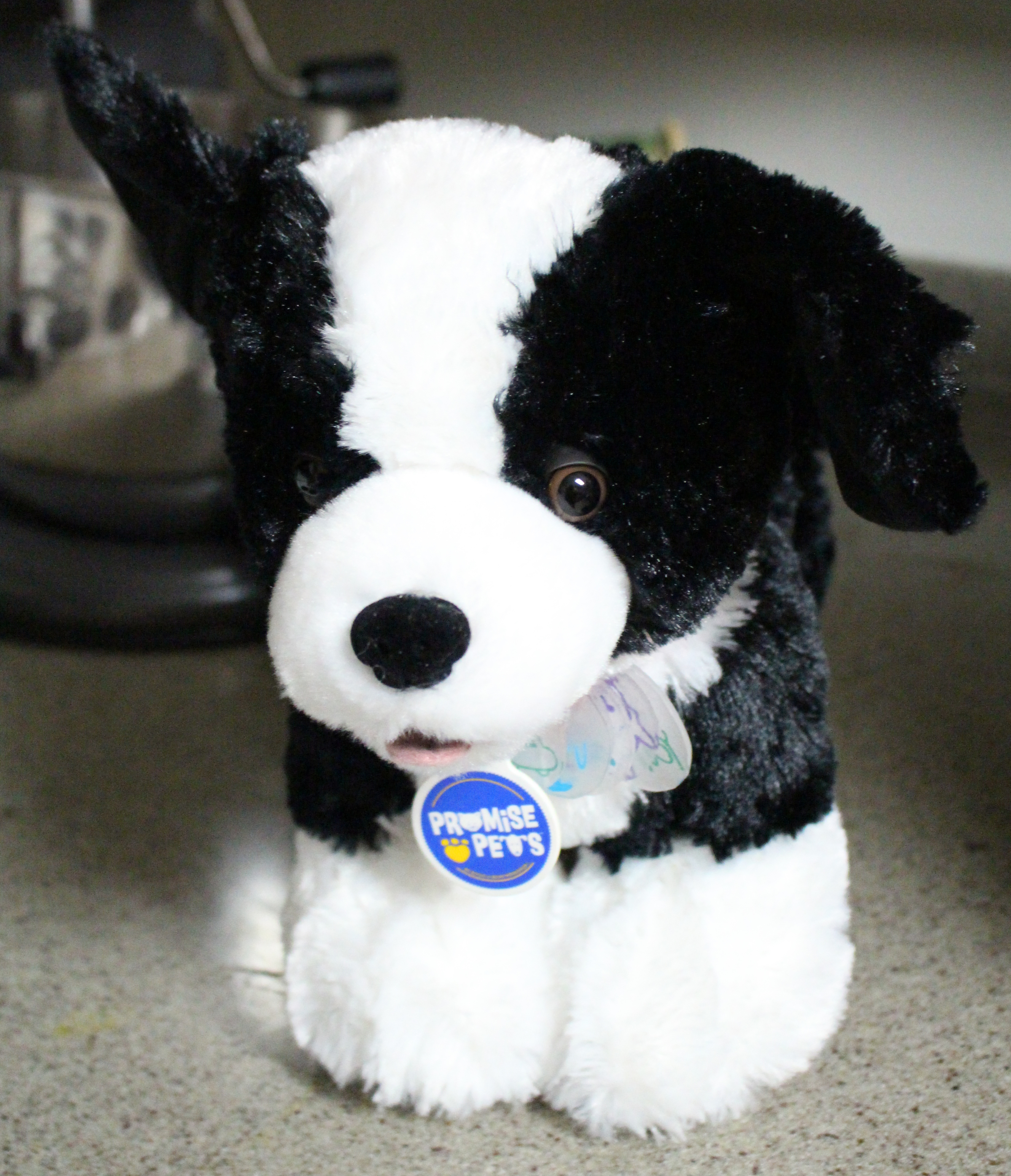 When my ex husband passed away, one of the things I worried most about was how to help the kids say good bye, and what they could use to bring them comfort during the funeral and after.

Having an ex spouse pass away so young is so difficult for a child--mine range from young elementary to high school. They deal with his death differently but they all need the same thing--comfort.

After talking to their personal counselor and as a school counselor myself, I started to look for some ways to help them through the difficult time of the viewing.

The idea of funeral stuffed animals came to mind and I decided to run with it. In an effort to include my youngest and help her understand and prepare for what happened to her Dad, we went looking for stuffed animals. We got one for him and one for each of the kids.

We looked at Hallmark and then ended up at Build A Bear when we couldn't find enough matching animals. It ended up being the best because my daughter could pick and prepare each animal. She of course picked dogs, because her Dad loved them.

Picking the hearts (blue polka dot of course, because blue is her favorite color)

Helping to stuff each animal: 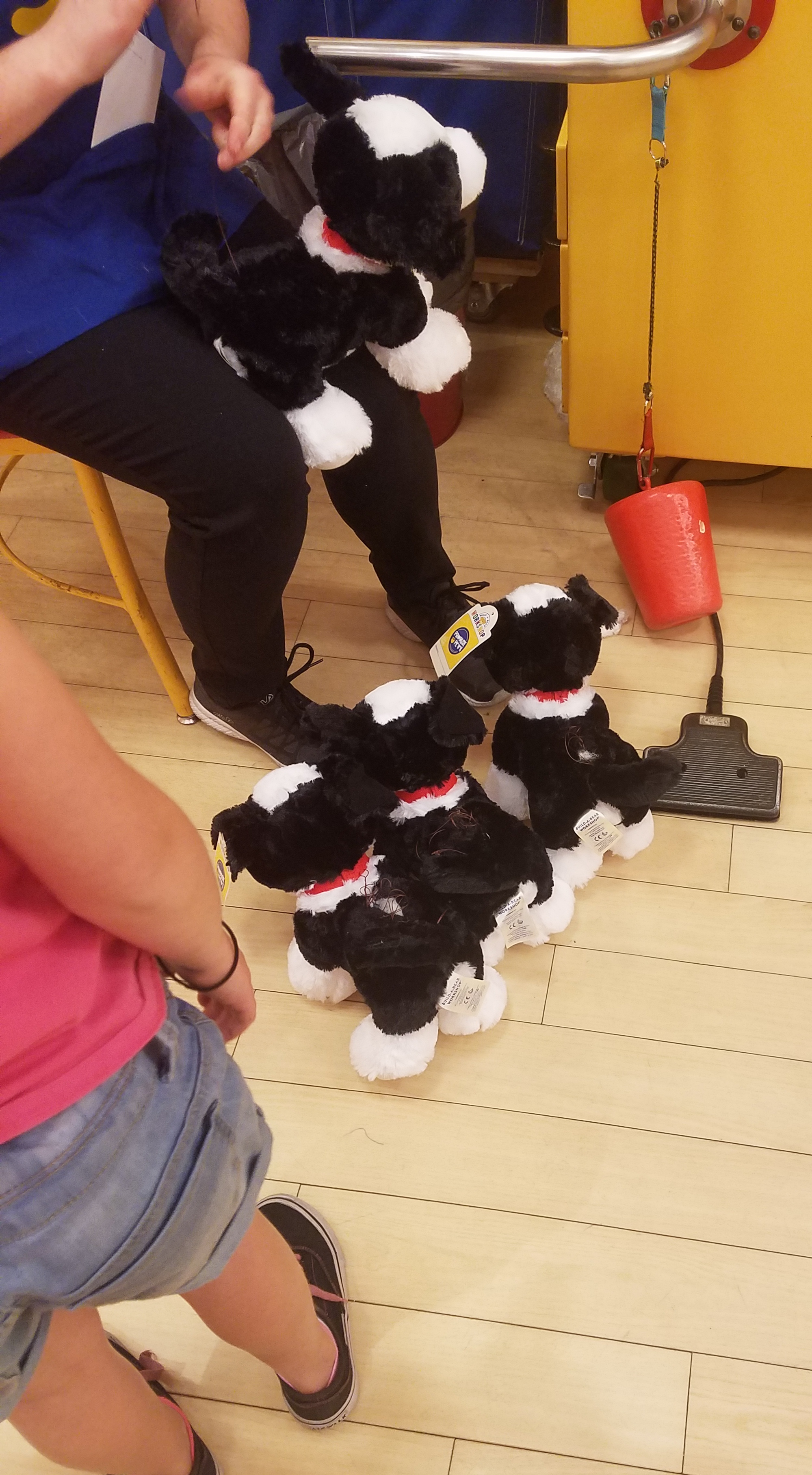 Getting each dog's hair ready and groomed: 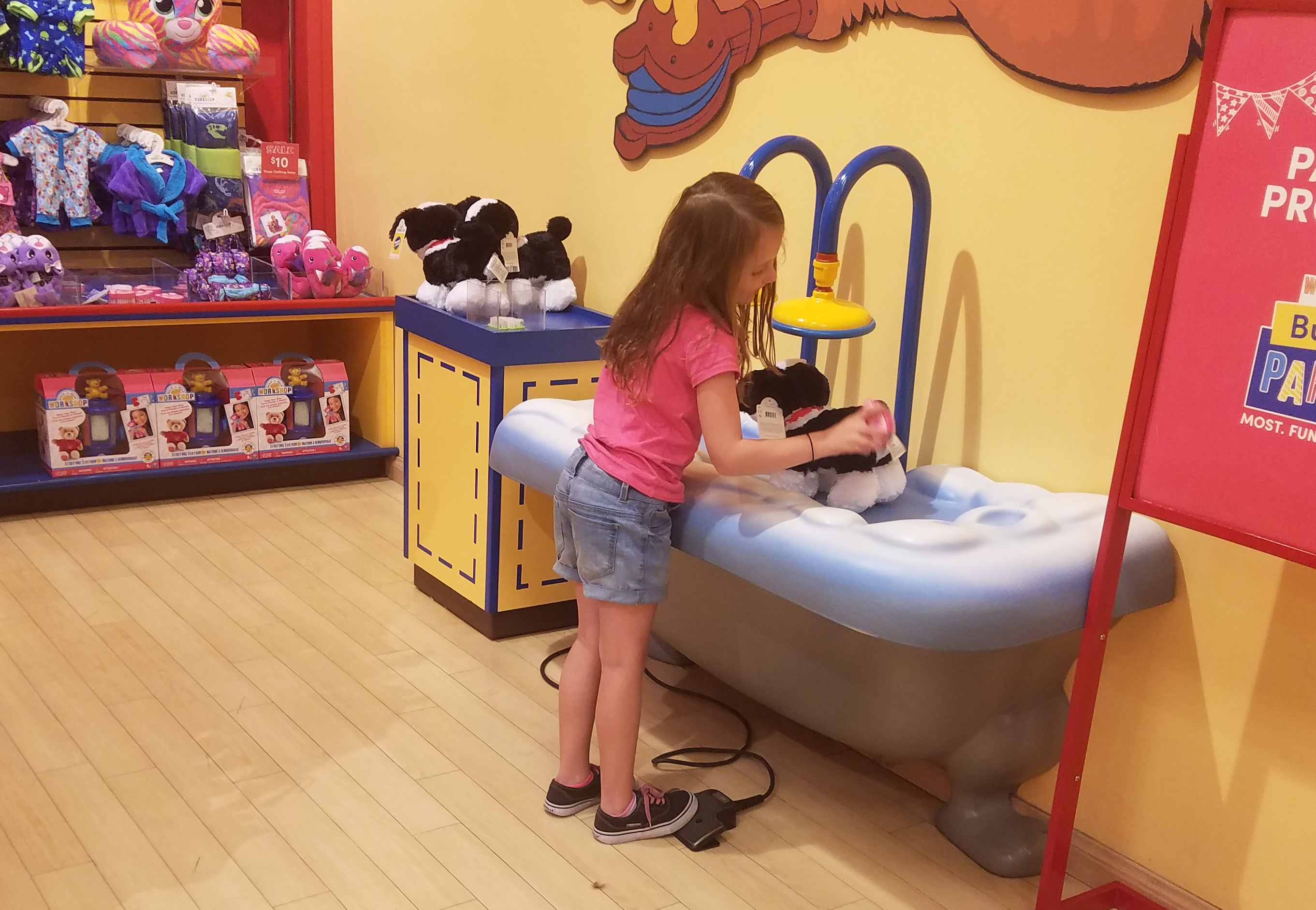 And then they were all boxed and ready to go home.

Once at home, we made charms for each of the stuffed animals. I really wanted to order some nice metal charms but we didn't have enough time, so the kids made Shrinky Dink ones.

We found these at our local craft store. Each child made one charm for their animal and one for their Dad's animal. I made a charm (a car since their Dad loved cars) for each of the kids stuffed animals as a "gift" from their Dad so they could remember him. We then attached them to their animals and to his. 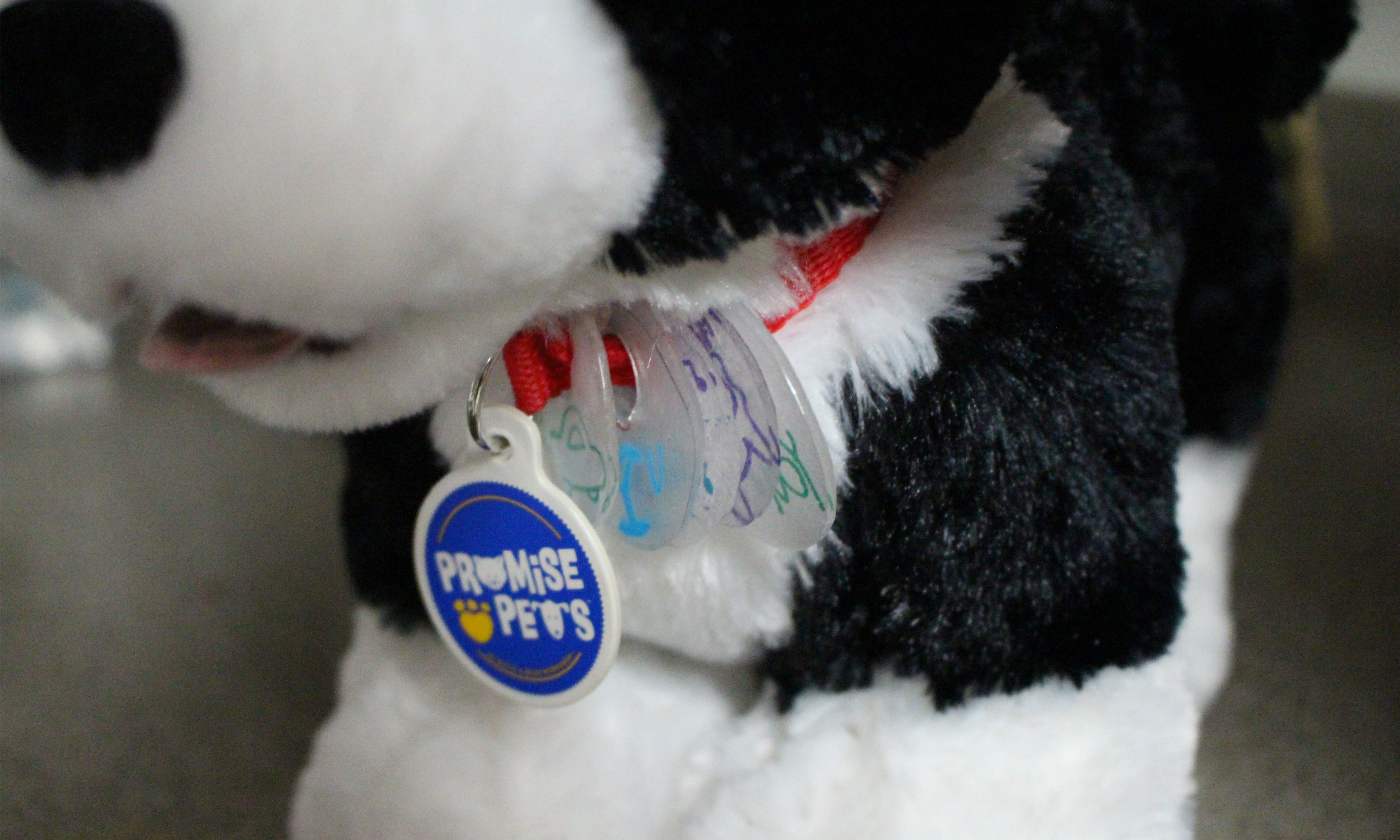 Once the pets were ready, we brought the pets and the kids over several minutes before the viewing started so they could have a few quiet moments to say goodbye to their Dad. This is an important time to EDUCATE!!! It may have sounded morbid, but prior to the viewing I let them know that their Dad would look like their Dad but he wouldn't in some ways too. I talked about how his skin would appear, how he would be wearing makeup, and how they had chosen to dress him. I did not want any surprises for them or any shock more than it would be. I told them that they could touch him if they felt comfortable. I also let them know we would place his animal inside his coffin so he would also have a reminder of them when he was having a hard night. That they would know when they were holding their dog tight, he was too. 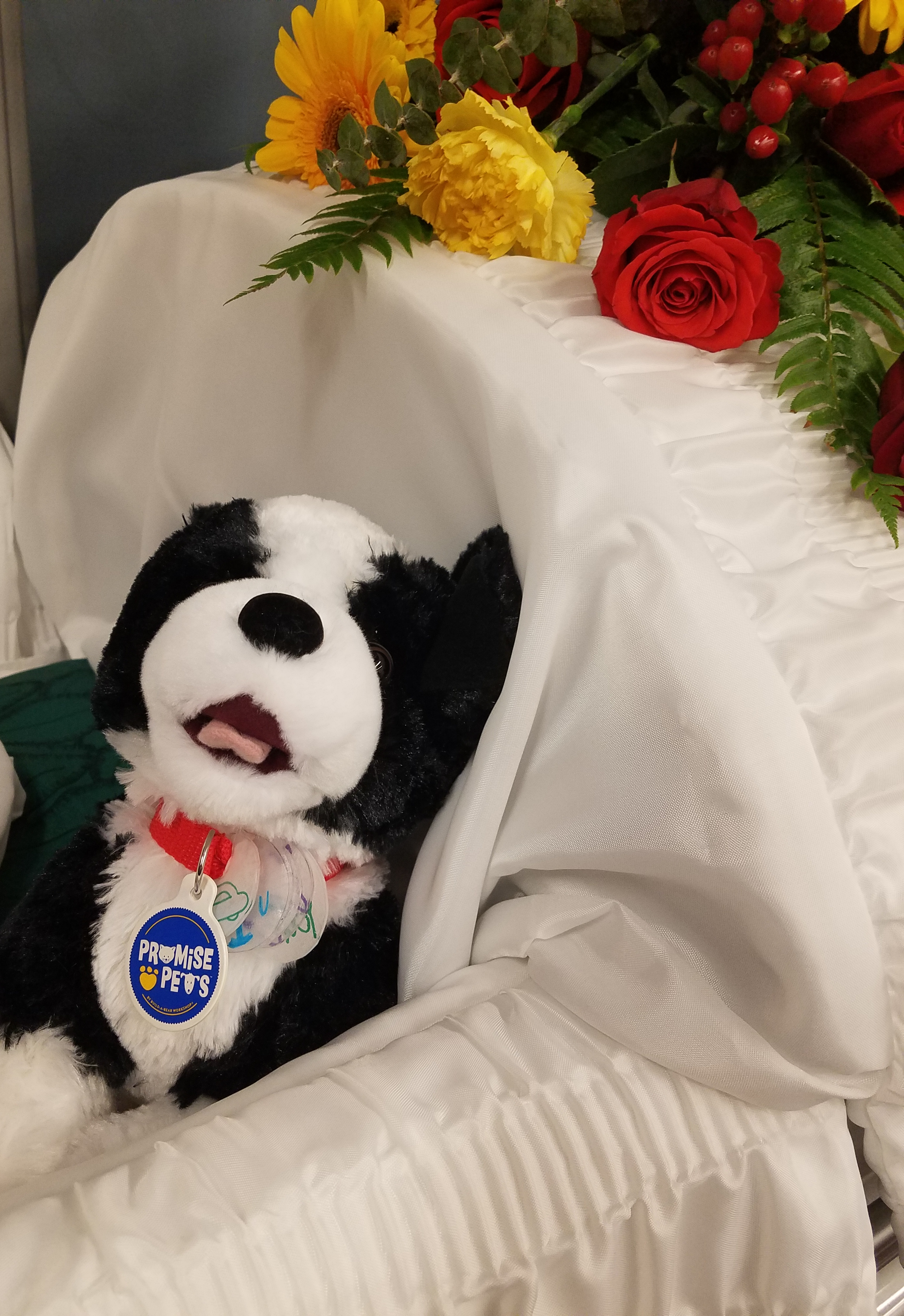 Tips for Kids at a Funeral Viewing of a Loved One:

If you have any tips to share for helping young kids through a viewing of a loved one, please feel free to leave a comment in the comments section.

Hey, I'm Traci! I have colitis and have been doing the FODMAP since my diagnosis. I work full time, and am always on the go and got tired of making allergy friendly recipes that were long and complicated. Food allergies aren’t convenient but cooking for them should be! With over ten years experience our meals are 10 ingredients or less and ready in under 30 minutes! We even make over some of your restaurant favorites to be food allergy friendly! You'll find plenty of meals that meet your specific food allergies including gluten free, dairy free, egg free, nut free, FODMAP and more! 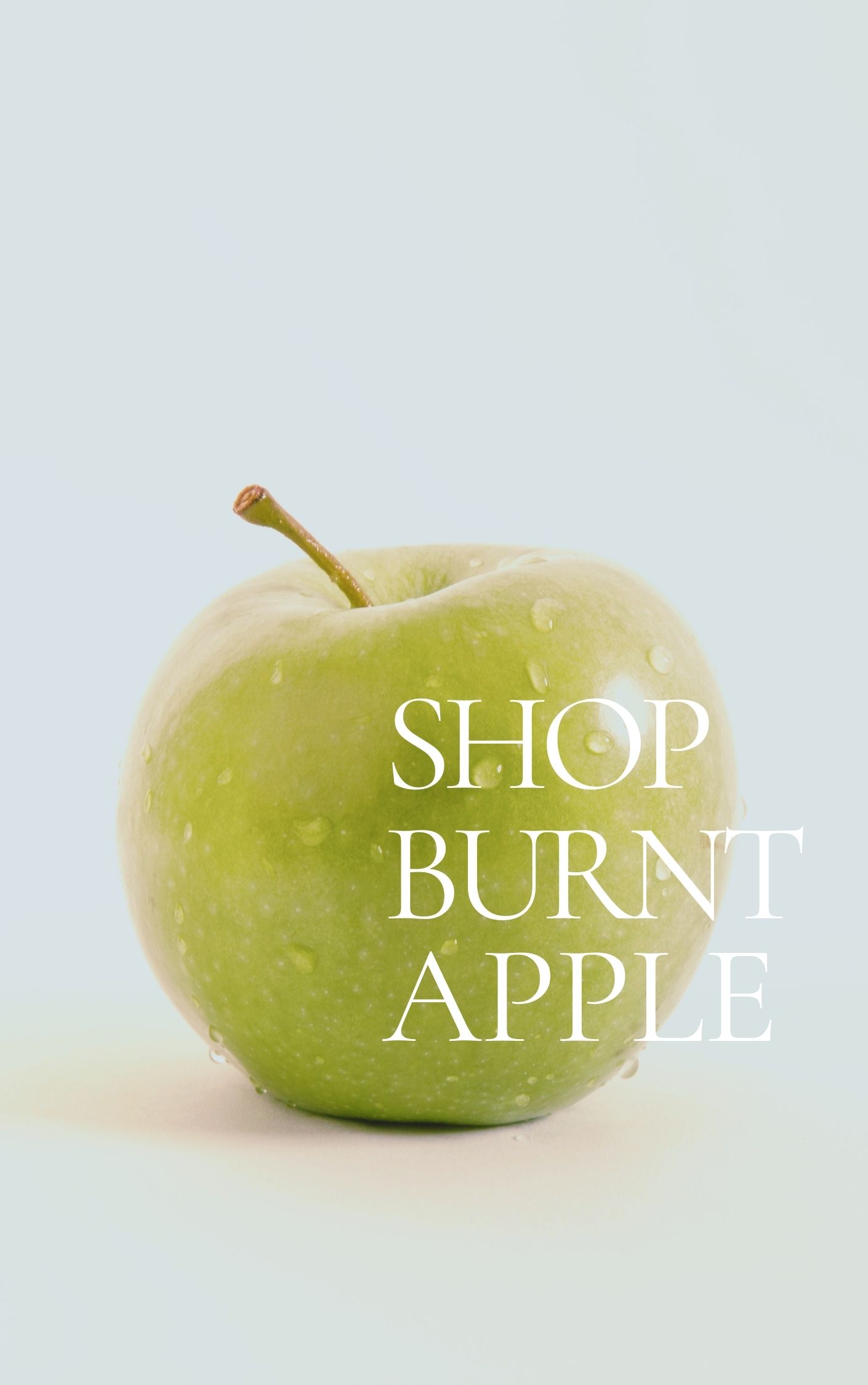