This coming week is going to be busy and exciting. We are celebrating the baby's first birthday! The older ones are excited to plan her birthday party. I don't think that they realize that she is oblivious to the fact that it is her birthday. 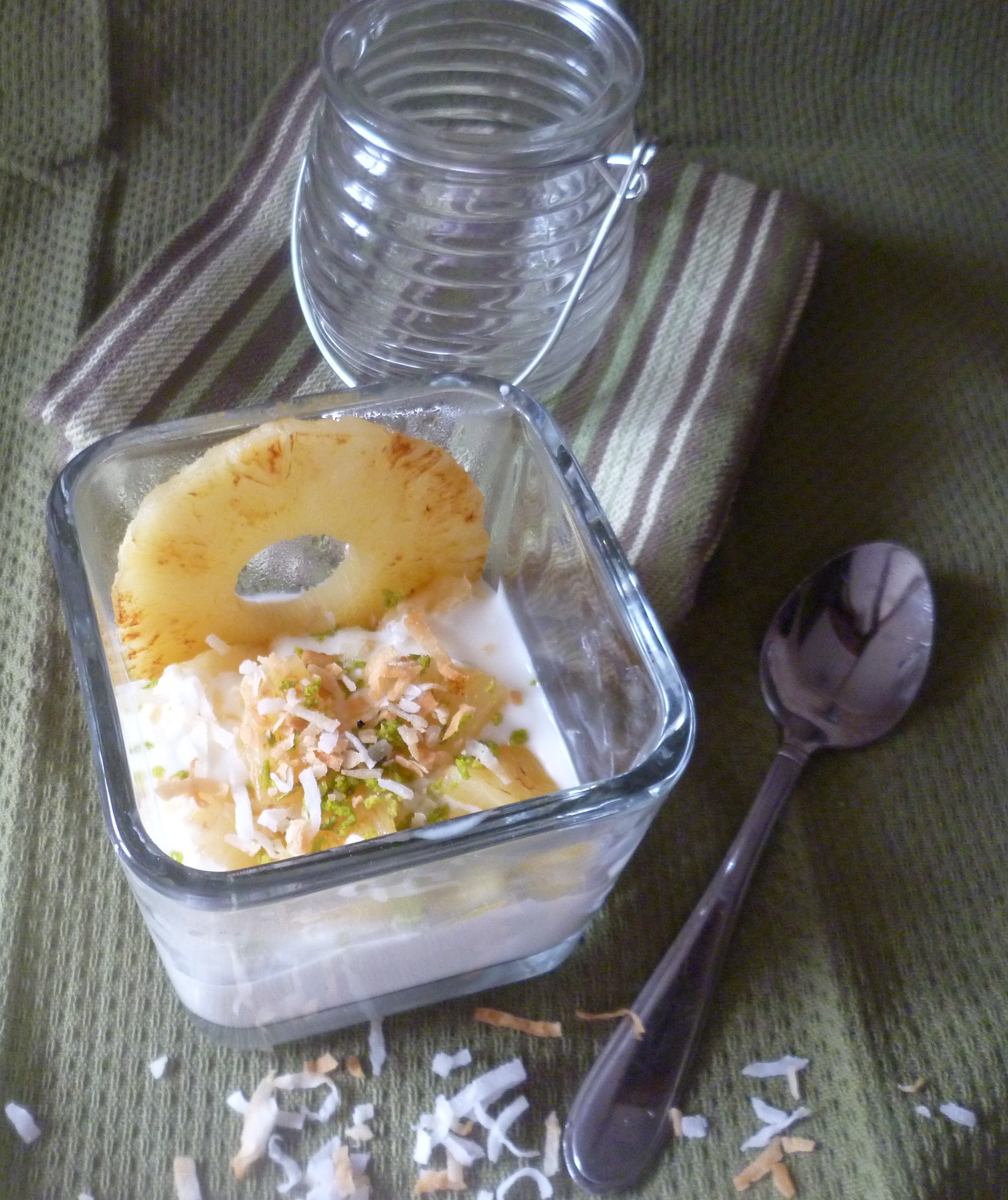 I've been trying to find some lighter desserts lately, and came across this one. I ended up loving it so much that I had it for dessert and breakfast the next day. It's got the perfect flavors for summer.

You could easily adapt it to a side dish by omitting the yogurt. It's really that easy of a recipe. 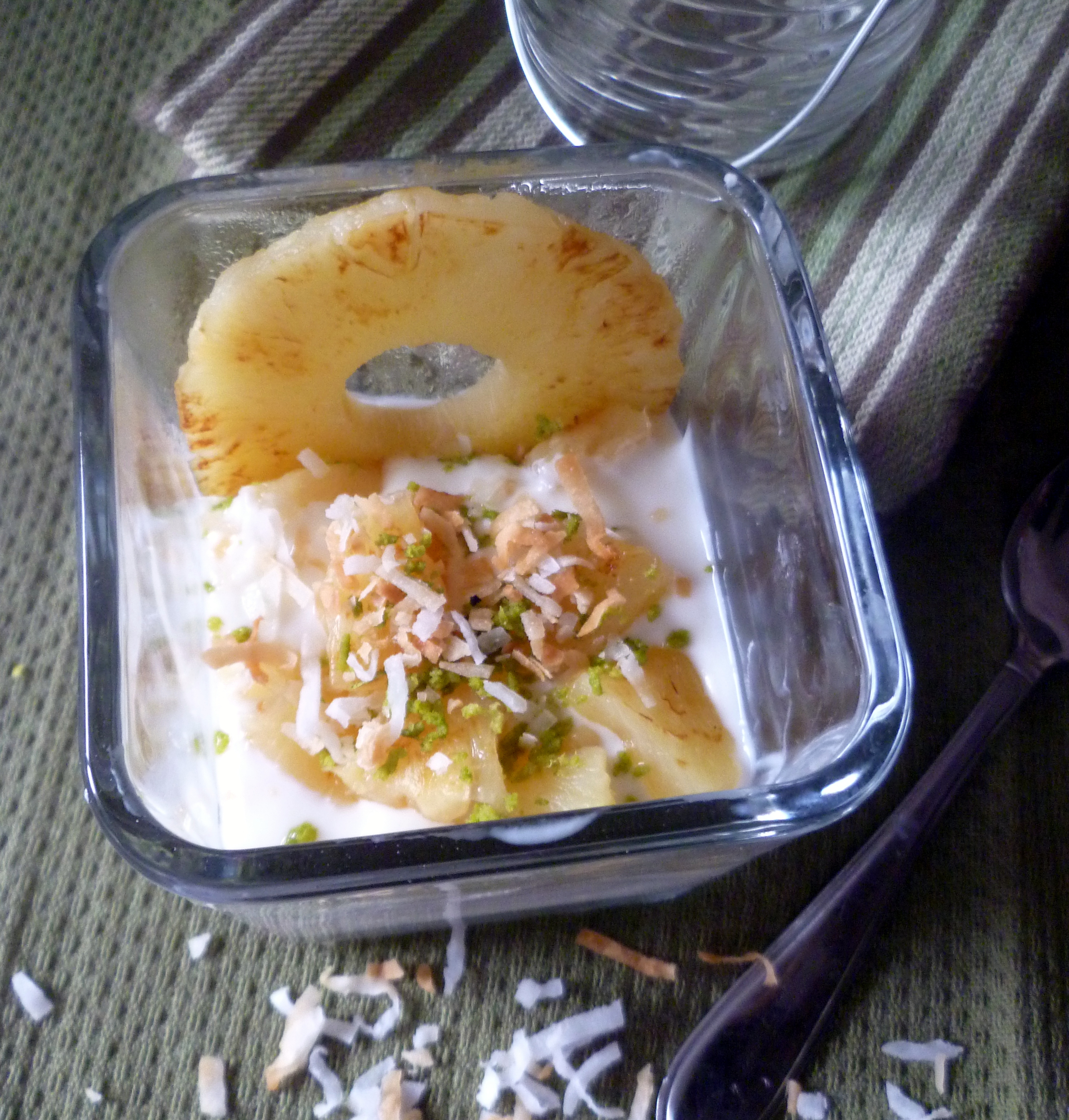 Zest of one lime

Juice on one lime

or 1 can pineapple rings cut into wedges

Heat a  stove top skillet over medium heat on the stove. Once skillet is warm, place coconut in pan. Stir frequently until the coconut becomes lightly toasted and browned. Remove from heat, and pour coconut into a bowl. Set aside for later use.

In a seperate bowl, place the lime juice and sugar and stir together.

Once cooked, transfer the pineapple to a large bowl. Sprinkle with lime juice and sugar mixture, coconut and lime zest. Serve if using as a side dish.

To serve as a dessert, scoop ½ cup of plain vanilla Greek or regular yogurt into a serving cup. Divide the pineapple mixture up evenly between six cups. Serve.

Other Great Recipes from Around the Web:

Grilled Pineapple with Citrus and Cinnamon by Daily Unadventures in Cooking

Coconut Tapioca with Pineapple and Lime by Sizzling Veggies