September 2nd rolls around and the fall decorations go up. That's not because I'm ready for fall (I LOVE summer) but it's because my palate starts to crave fall food. Pumpkin, apple, peach, squash--all some of my favorite fall foods. 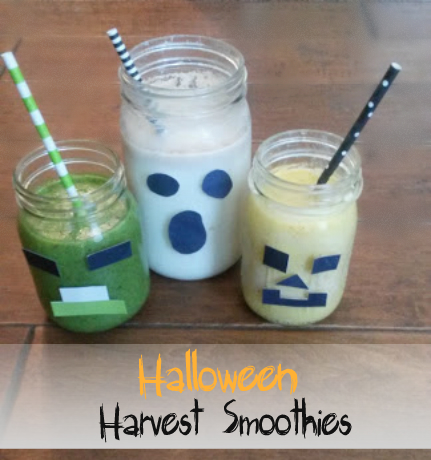 This year, I'll have you craving something even more. Harvest smoothies. That's right. Smoothies seem to take a bit of a back seat when harvest time rolls around and the weather begins to cool, but the won't now!

We've got delicious peach pie smoothie, pumpkin pie smoothie, white smoothie, and a traditional green smoothie packaged into fun phrases like the "Ghost Blood" drink and "The Zombie Slayer" smoothie. Kids like that. They're easily influenced by advertising. So are we adults. I'll admit it. I want to drink more with a fun name like that.

Grab your mason jars, some black construction paper and some tape because we're bringing the fun back into smoothie time. See? Even the littlest ones will have a hard time waiting. 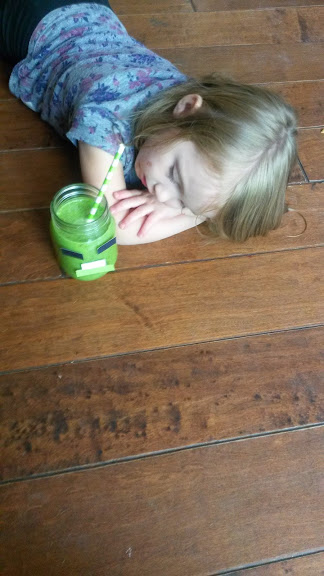 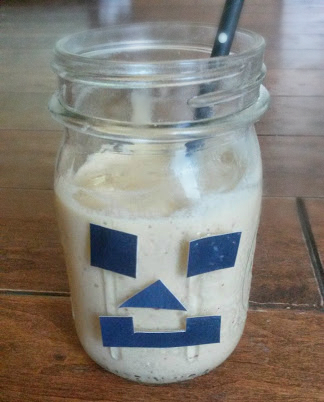 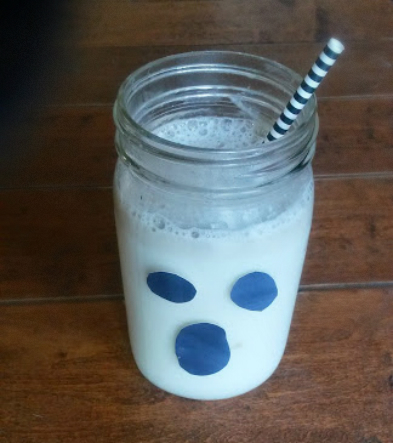 Blend all ingredients in a blender until smooth.

To make the Ghost face, cut out eyes and a mouth out of black construction paper. Tape to the front of a Mason jar or other jar to eat. 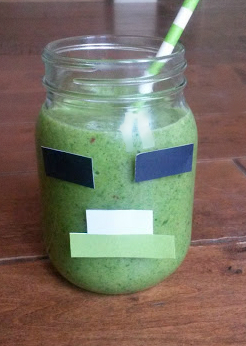 1 orange, peeled and cut into quarters

½ apple, cored and cut into pieces

Place all ingredients into a blender and blend until smooth. For variety, substitute the orange for mango or pineapple.

To make the Zombie face, cut out eyes and a mouth with black or green construction paper. Tape to the front of the Mason jar or other jar for serving.