We've been back a few weeks now, the tan has started to fade and I realized I never shared our vacation!

Take a break from fall weather and sit back and relax. Grab your drink and relax by the beach because you are stepping into Hawaii for a brief moment You're going on a Hawaiian vacation! 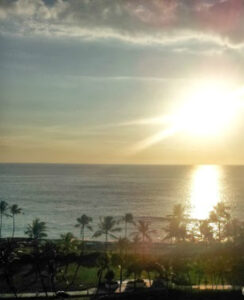 The little touchscreens on the airplane seemed to keep me occupied. So did my preoccupation with collecting any of those ultra thin blankets I could. It's really the simple things in life that make me happy. On the way over to Oahu I also read Elizabeth Smart's amazing story. Being a psych major her story has intrigued me for years. Her strength through her whole ordeal was amazing. Just get the Kleenex ready. And know that airplanes don't stock those in handy places. So be prepared to wait in line to grab some out of the bathroom. Which inevitably will bring you some strange looks as you wait in line with puffy eyes. Because nobody has puffy eyes while going to Hawaii. 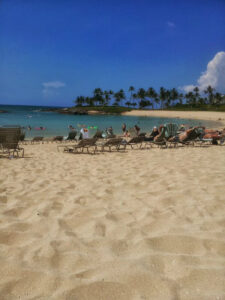 Once we landed on Oahu I honestly wondered if we had landed in Southern California. It looked almost like landing in my hometown! We grabbed our rental cars and headed out to the Marriott Ko'Olina Resort. The first thing I wanted to do was forget my bags and put my feet in the water. I love the ocean and am so glad my Dad spent so many times taking us to the beach when we were growing up. I have such a love for it.

Some of our favorites of the trip:

I'm not a big touristy person and really hate going where everybody else goes. If massive amounts of tour buses are parked there, than I don't want to go. But there were a few places we knew that we wanted to go. The first was the Polynesian Cultural Center. All I can say is "wow!" We spent most of the day there and had a great time. The fire show at the end of the night was absolutely perfect. There was another dinner and fire show offered at our resort that cost more than the Polynesian Cultural Center and we really felt that we got our money's worth. We didn't feel there was a spare minute at the Cultural Center that we we didn't have something we couldn't do or see. Don't forget to see the 4D movie and take the tour out to Brigham Young University Hawaii and the Hawaii Temple. We went at sunset and it was amazing! 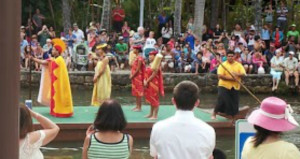 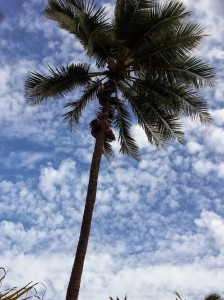 Yes, that's a man up in the coconut tree.

We spent most of our time at the North Shore. Some of the family, including myself, wanted to get in as much boarding, body surfing and snorkeling as possible on our trip. While there were beaches that come highly recommended for just about everything nestled among the North Shore, we opted for driving along the shore and hitting a beach that looked good. We loved it because many of the beaches we visited had great waves around sunset and lower tides making for great snorkeling along the reefs during the day. Pack your water shoes though, the reefs hurt when you step on them during lower tides. And expect some incredible waves at night. They are unlike any California waves I've been in. Absolutely amazing! Our favorite stop along the way that everyone told us we had to go to was Matsumoto's. It was perfect after a few hours at the beach. Think a scoop of ice cream topped with snow cone ice and flavors then a drizzle of sweetened condensed milk on top of that. Just go earlier in the day. We decided to hit the waves earlier and when we hit Matsumoto's around 7:30 they were already closed and we were left starving and craving another cone! 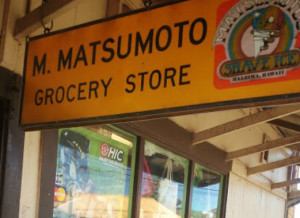 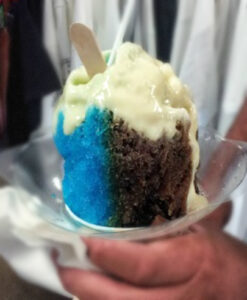 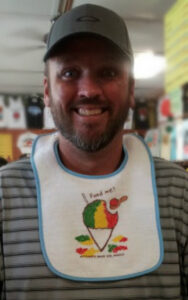 Everything in Hawaii is expensive but with kids at home who wanted souvenirs we were told by locals that this was the place to go to get them. We also picked up our board and snorkeling gear here for really inexpensive. We didn't feel too bad spending so little on it because we used it so much and ended up trashing it by the end. And it was way less money than renting it from the resort or other facilities around the shore. My favorite at the swapmeet were the stands that sold fresh cut bags of pineapple and tropical fruit for just a few dollars. I ate a lot of it. A lot. We picked up some cute sundresses for the girls and a Hawaiian shirt for our little guy. They also had some inexpensive holiday gifts for the kids and we were able to find some great gifts for our sitters at home. It was nice to have all of the souvenir shopping done early in the week so we could enjoy the rest of the week together as a family.

With three kids, a work from home job, and finishing up my degree a lot of doing nothing was on tap. I spent a lot of time swimming in the pools, lounging pool side and made time for a daily run along the shore. The humidity was tough to run in, so I did have to get up early to run. But that wasn't hard with the four hour time difference. 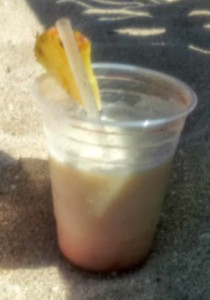 And ate a lot of fish tacos. And really wished I hadn't brought my Kindle on my phone. There is a place for flipping real book pages in this world and Hawaii is it. Sand and sun glare were not a friend to my Kindle on our trip. My husband and I also had a great time resort hopping. The neighboring Disney resort and JW Marriott were located near us, so we took walks up to both to see what they offered. 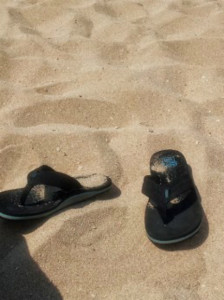 We even went snorkeling--my style. I'm not a fan of seeing what's underneath me in the water so I didn't do any snorkeling while out on the North Shore. The JW Marriott had some amazing pools that included a shark pool, a fish pool with fish you would see while snorkeling out on the lagoon, and an ocean school that brought experts out to show guests the variety of sea life. I like that type of wildlife watching. 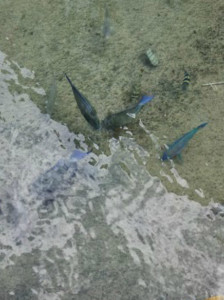 Not my in laws who would come up from snorkeling to take a breath and say, "Did you SEE that huge ugly black thing swimming around? I got close and it tried to come after me. Those teeth were HUGE!"

Nothing came after me while swimming in the ocean. And if it did I'm grateful I had no idea about it.

On Sunday we popped our heads into one of the local churches and were so glad we did. It was nice to see the locals greet each other with "Aloha's." We even had some of the congregation come and give us hugs. One woman talked about the word "love." She talked about the true meaning of loving your family. She spoke about the hours in the humid heat of a small canning room that her father worked in at the Dole plantation while she was growing up. He worked tirelessly in the humidity so that her and her family would have a roof over her head. She described him as a 'simple' man who never got an education and who earned simple wages. When he came home every night he would shoo his wife out of the kitchen and then finish making dinner for the family. It was his way of showing love for her and the family. With no air conditioning in their home, the humidity in the kitchen would be outrageous at certain times of the year, yet he did that each night to show his wife love. What a great reminder that no matter where we are in our marriage or partnership, it's important to serve each other. 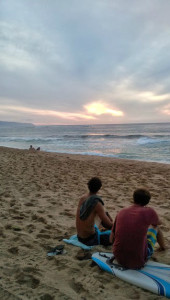 Monday morning dawned early--4:30! and we headed back to the airport to spend a very long day in the air back home. The kids were already tucked in tight for the night and we fell in an exhausted heap into bed. Of course the next day was bright and early with three little kids asking about souvenirs, lunch being made, homework needing to be signed, and how our trip was. This was on top of the daily morning fights between the two oldest ones and the constant tormenting the two youngest ones engaged in. Then there is hair to be done, reminders of shoes needing to be tied, backpacks forgotten and coats to be grabbed before heading out the door.

But after this trip, I wouldn't want my life to be any other way. Until I needed the next vacation by the following afternoon. Good thing I had a stash of these: 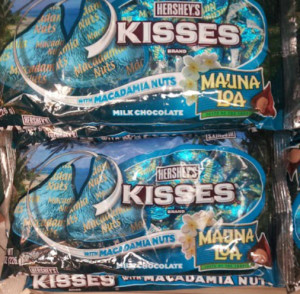