Have you entered our latest giveaway? Don't forget to! You can enter here.

There are times I wonder why I take so long to try certain recipes. Call it a crime of ignorance or utter denial but I have a hard time thinking that a complicated recipe can turn out decently when it's me trying to make it. I don't understand why I've continued to allow myself to think that a horchata recipe could be considered too difficult and above my skill level. But I have. 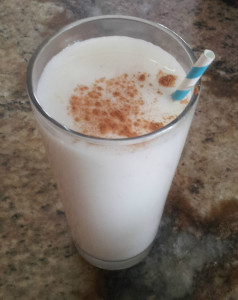 Cinco de Mayo comes and goes and I continue to pass by the recipe, knowing it's a family favorite of my husband and kids. But horchata shouldn't be just be enjoyed on Cinco de Mayo. It's actually a deliciously cool summery drink. 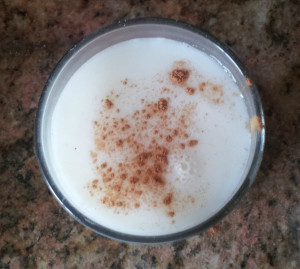 A horchata drink is made from just a few simple ingredients and tastes delicious. The prep time is very minimal and is perfect for a hot summer day. We enjoyed sipping ours on the porch after the kids went to bed.

*You can substitute white rice for the brown rice. Long grain rice is recommended, but not necessary to use. * Horchata can be refrigerated up to three days.