A delightfully quick and easy bread recipe made with swirls of cinnamon and sugar and ready in under an hour! 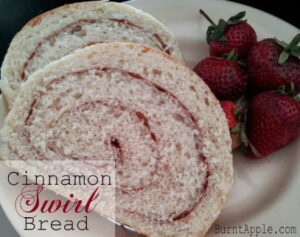 Sundays at our house always include a big breakfast. It's about as necessary as breathing in our house. Since we are all getting up and getting ready for church by 9:00am, lately it's been a bread I can make up the night before and everyone can nibble on as they get ready in the morning. 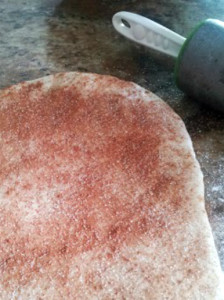 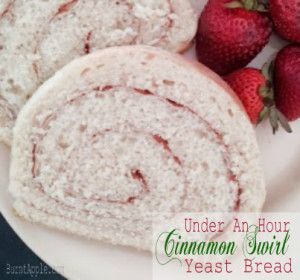 * I have used unbleached all purpose flour in a pinch and it works just fine.

3.1
https://burntapple.com/hour-cinnamon-swirl-bread/
« Crockpot Breakfast Casserole
BACK TO SCHOOL with Taste Guru Gluten Free of the Month »