When is a baby considered full term? New research aims to educate parents on the changes being made to the definition of a full time birth. This is a sponsored post written on behalf of the National Institutes of Health (NIH) Know Your Terms Initiative. All opinions are my own.

When you meet a fellow Mom, you have an instant bond, a story that bonds you together. You’ve also got your own personal battle scars across your stomach and thighs, and a birth story for the ages. But every Mom has a common tie—the desire to have and raise a strong healthy baby. 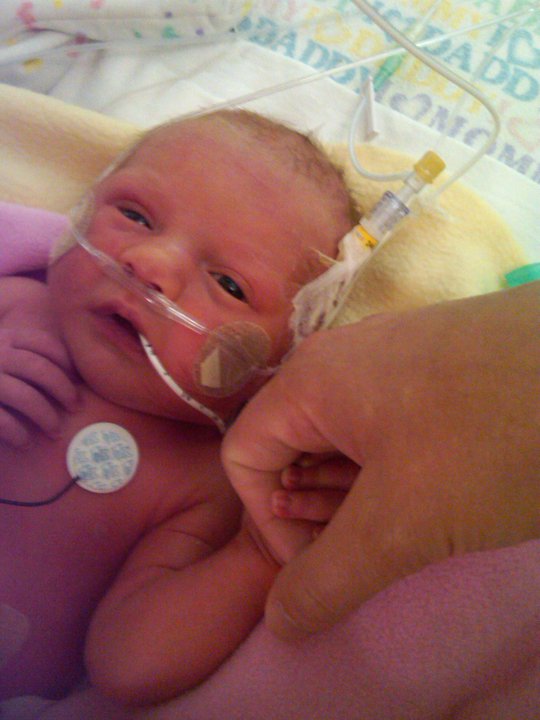 Some Moms like myself are unable to wait to deliver a baby at full term. For me, delivery was a scary time. I never got to bond with my child or have them placed across my chest to snuggle with immediately after birth. Each of my babies was held up quickly for me to take a quick glance of, then handed over to a newborn ICU team of nurses, doctors and respiratory therapists who usually tried unsuccessfully to get that little kid to cry. Each of my children was whisked away to the newborn ICU and it wasn’t usually until several hours later that I was able to visit with them. Often I could have them grasp my hand with their tiny fingers as glaring lights overhead made them squint. Holding them was a production of unhooking IV’s, monitors and other equipment being used to give them the best start at life. It often seemed to take longer to unhook them from all the equipment than the time that I was actually allowed to hold them. And feeding them? Those little guys could eat small amounts hourly and feedings were often carefully watched over by lactation specialists and therapists aimed at helping to get each of my children to eat and grow quickly. At times I felt guilty for delivering them so early and having to make them go through what they did, other times I was grateful that such a tiny thing was watched and cared over by so many people. 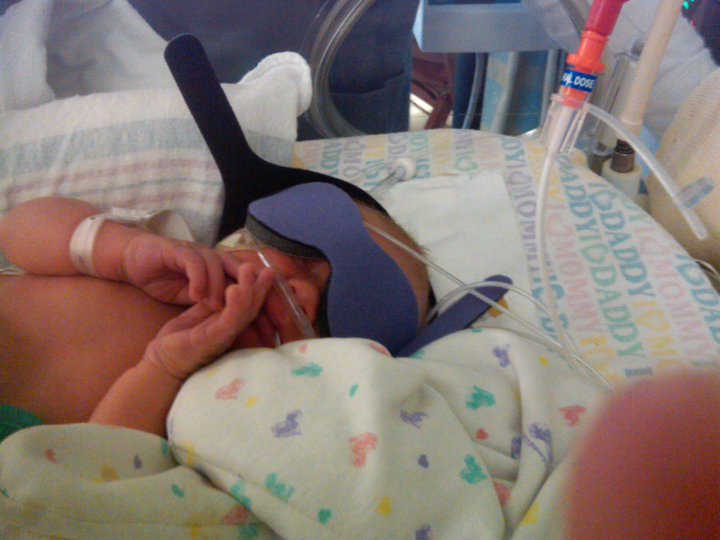 Thankfully, the majority of Moms don’t share a story like mine and the NIH’s Eunice Kennedy Shriver National Institute of Child Health and Human Development Know Your Terms Initiative is aiming to educate Moms on new research coming out on full term births.

Did you know that waiting to deliver until at least 39 weeks, in a healthy pregnancy, gives your baby the time he or she needs to grow? Your baby’s lungs, liver, and brain go through a crucial period of growth period between 37 weeks and 39 weeks of pregnancy. 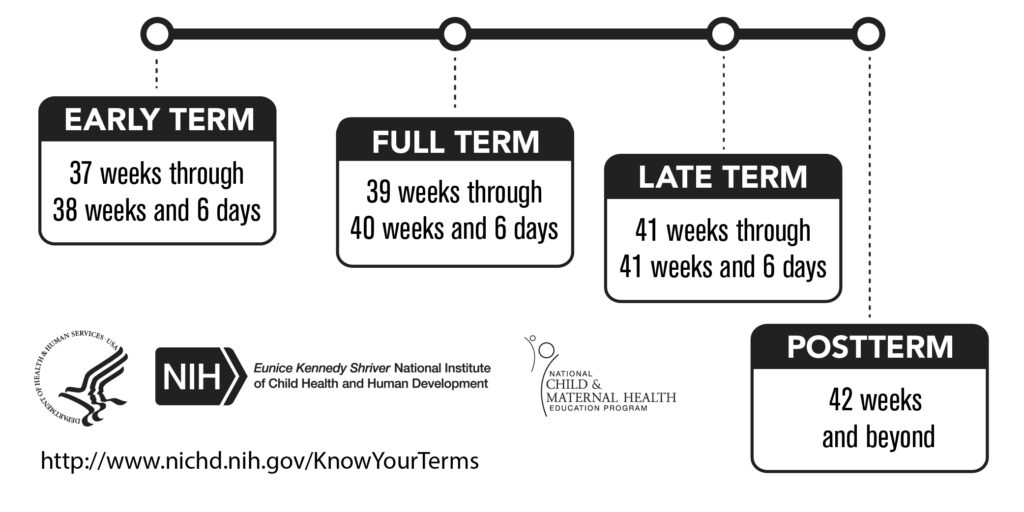 Research shows that babies do best when they are born between 39 weeks and 40 weeks of pregnancy. Babies born before 39 weeks are at risk for problems—they are more likely to spend time in the neonatal intensive care unit and to have problems with breathing, feeding, and controlling their temperature. They are also at a higher risk for other serious health problems, such as blood infections, and for having a learning disability.

In the past, a baby born anytime between 37 weeks and 42 weeks was considered “term.” A pregnancy is now considered full term at 39 weeks.

It is important for you to know these terms so you and your healthcare provider can talk about what’s best for the health of you and your baby.

This is a sponsored post written by me on behalf of National Institutes of Health Know Your Terms Initiative.