Sunday breakfast at our house is always interesting. As a child, Sunday breakfast was exciting. My Dad was a former Army cook who believed that any ingredient could become a meal. That wasn't always a good thing. There were times that he threw together some pretty....interesting ingredients. Like the time that we ran out of milk or soymilk or whatever we drank at that time and he really wanted broccoli cheese soup. Instead of using milk he used water and we basically enjoyed soggy water logged broccoli with a few seasonings thrown in for good measure. 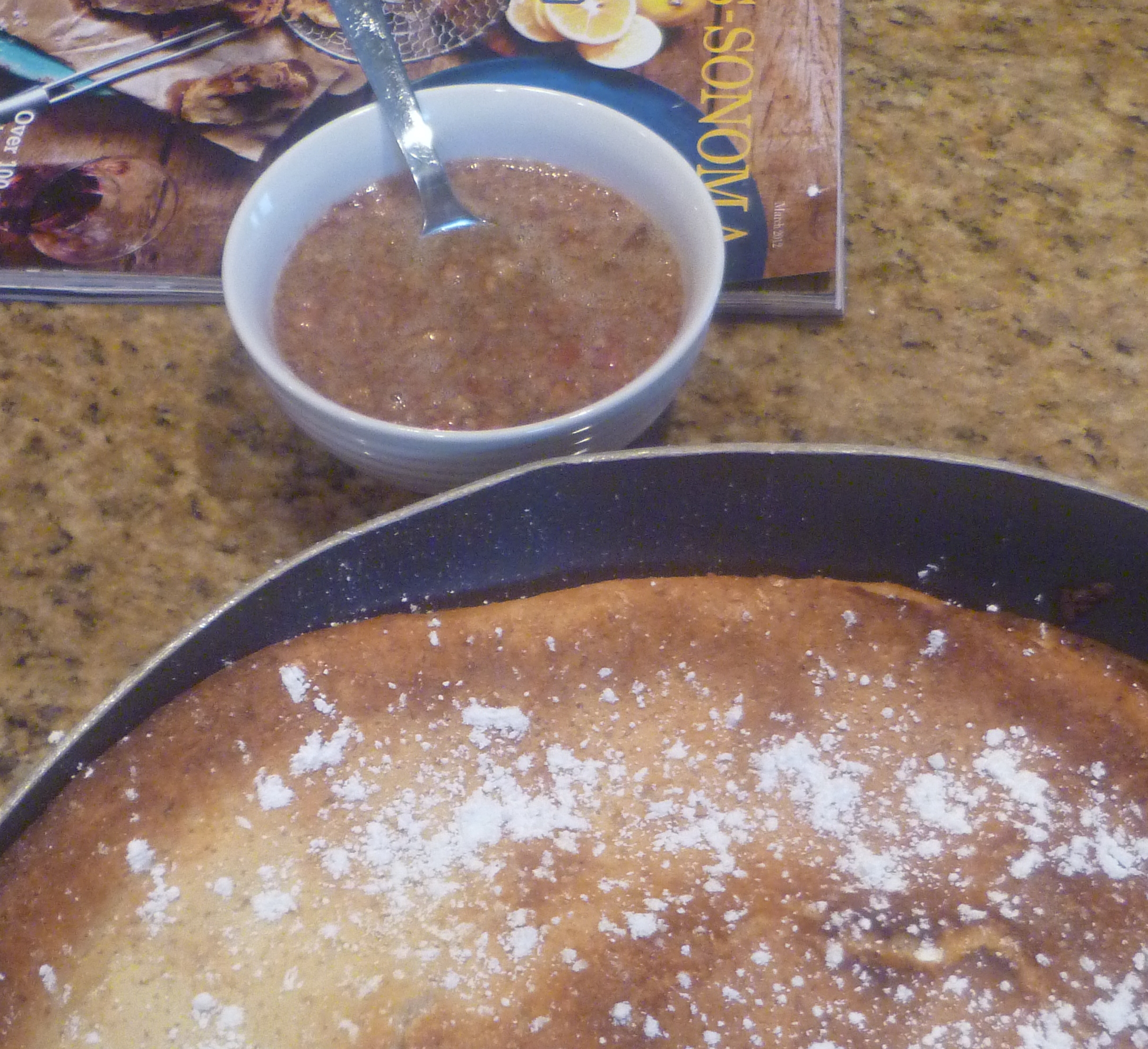 That's probably why I was shocked to hear my Mom say that he actually now cooks regularly for them now that we kids are out of the house. Retirement does funny things to your parents. 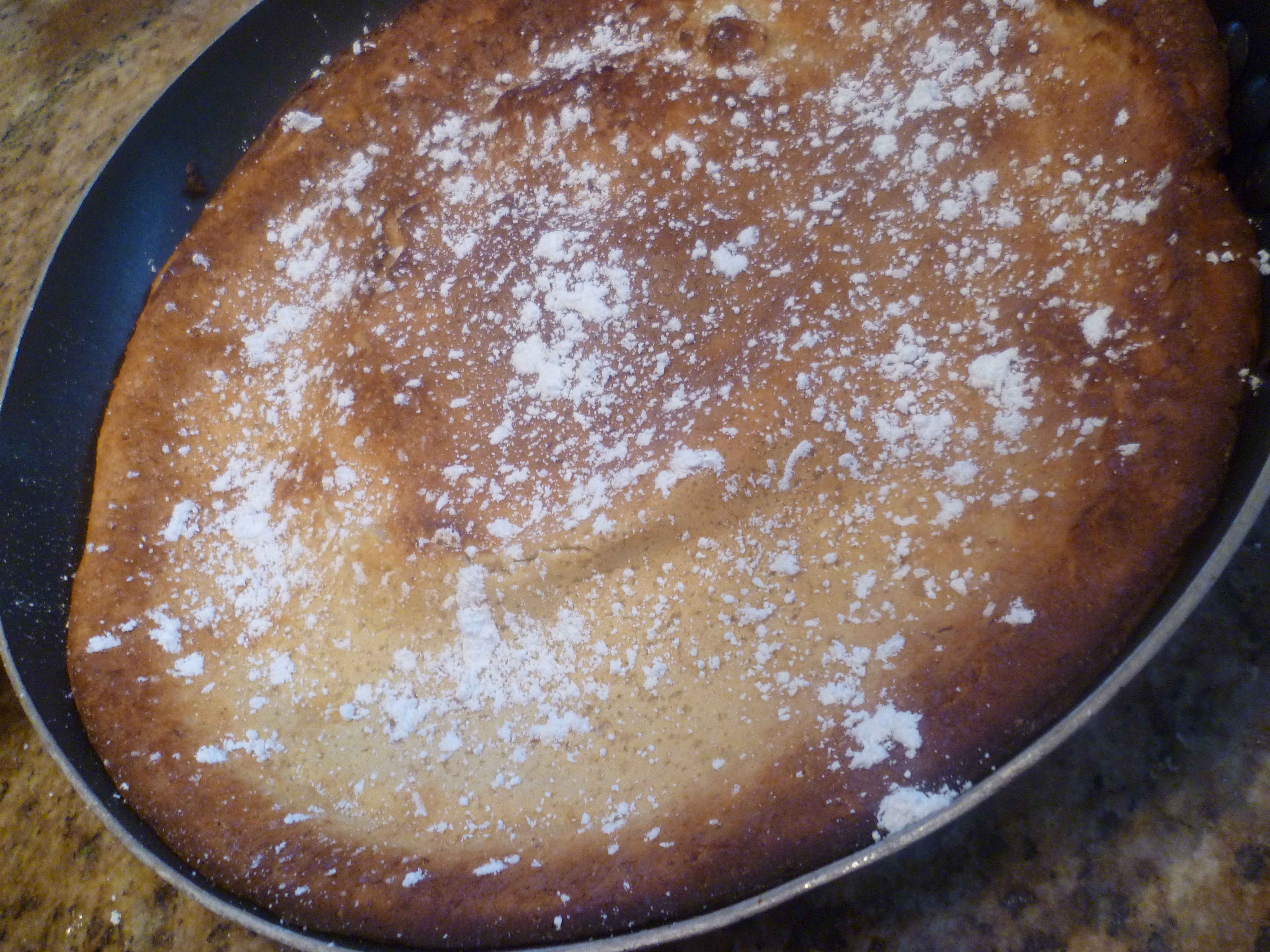 Every Sunday though Dad seemed to pull it together and made a great meal. I'm talking good stuff! Usually they bought doughnuts from the local doughnut shop that made them fresh. For whatever reason, my parents took a vegan vacation for those doughnuts. Probably because my Dad tried recreating them at home, they were a disaster and Mom put her foot down. 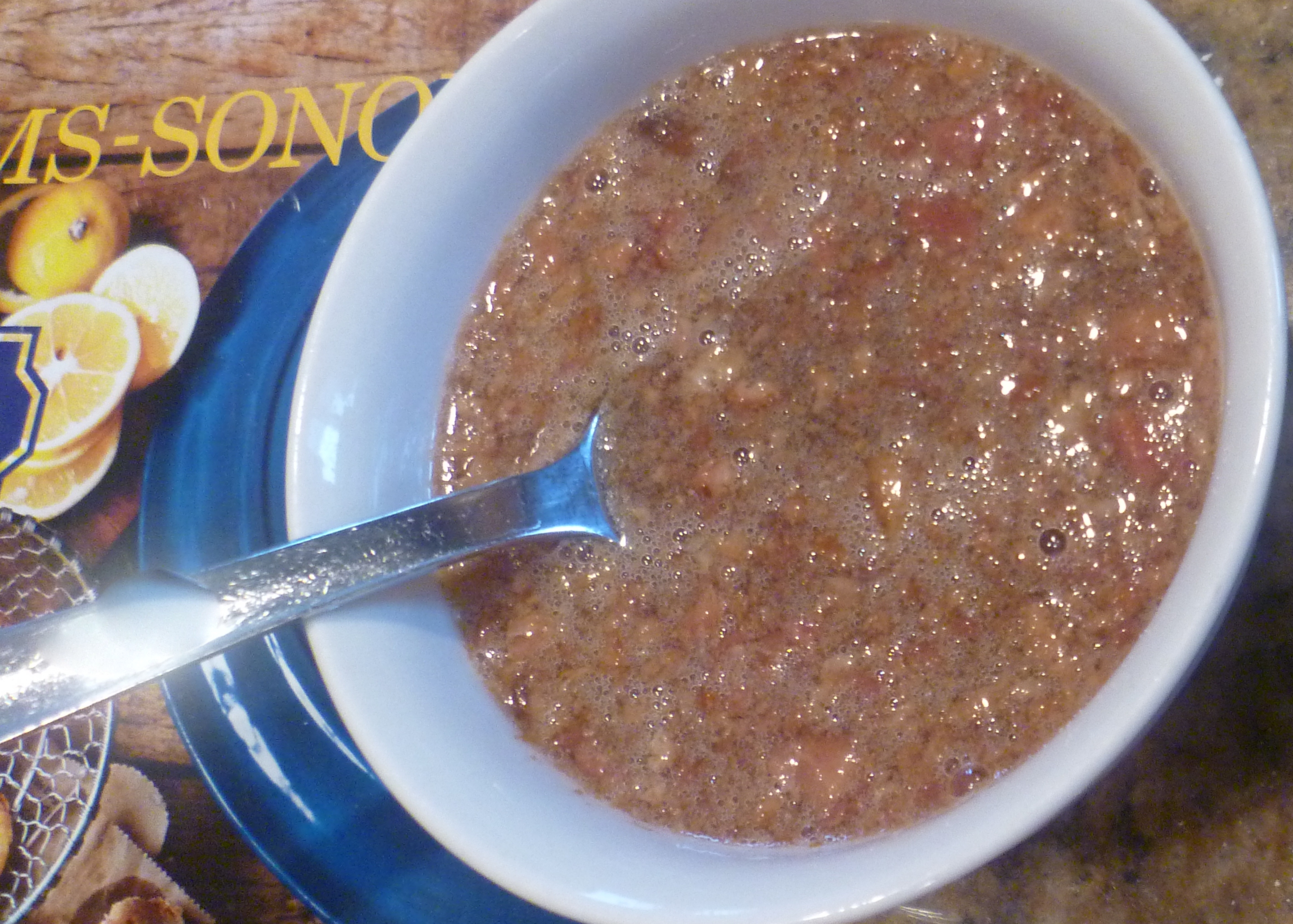 Now my family has chosen to carry on the tradition of Sunday breakfasts. Sometimes we opt for muffins (a favorite of my oldest), cinnamon rolls for my son, or pumpkin chocolate chip bread for my husband. But then the Williams Sonoma spring magazine showed up at the house and the favorites went out the window so we could try this recipe.

This delicious pancake has the flavors of maple, bacon and butter all melting together in one delicious huge pancake like thing! (How else do you describe a dutch baby?) It's pure melt in your mouth goodness that you must try. 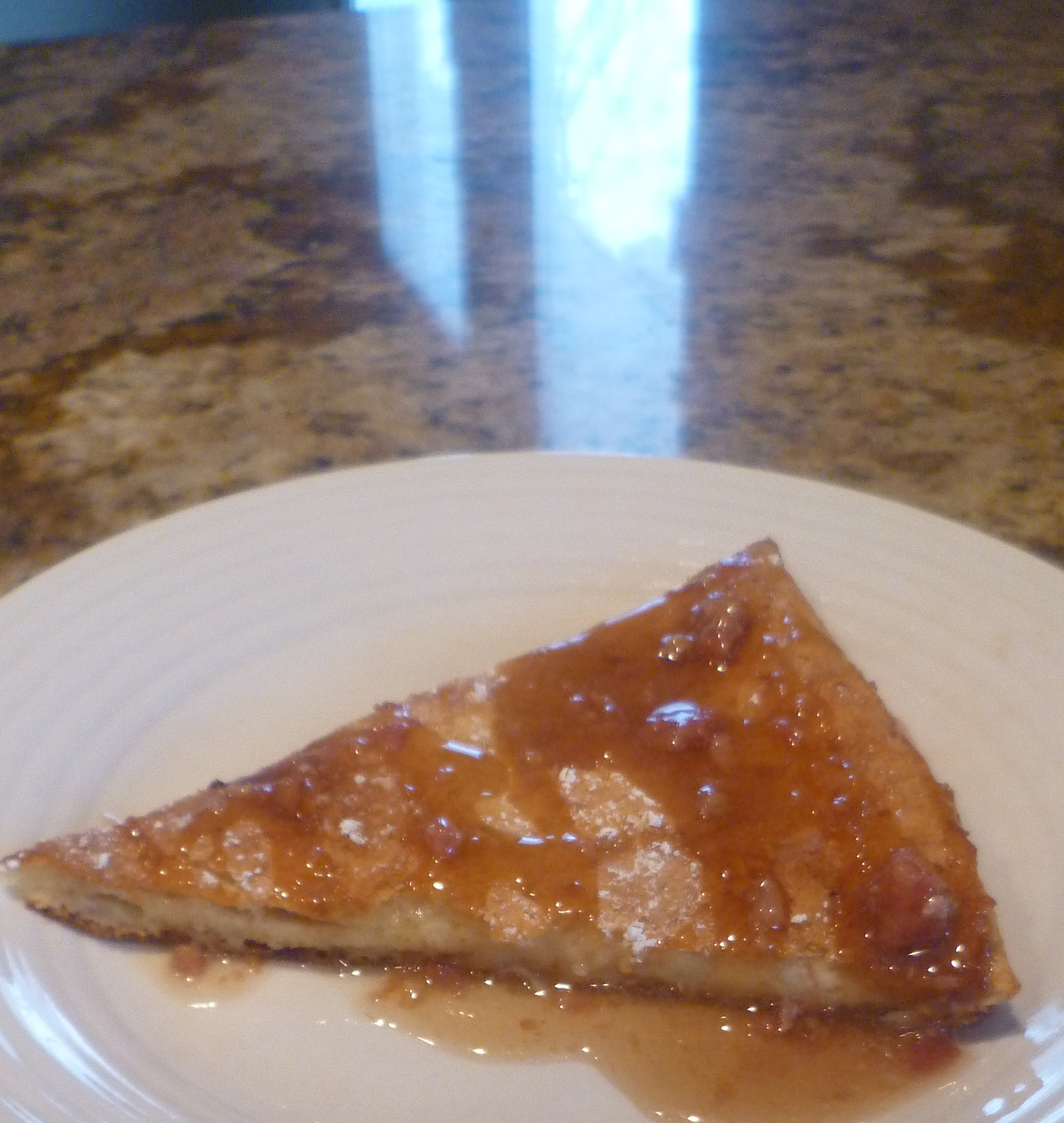 Place an 11 inch skillet or ovenproof saute pan in a cold oven. Turn on oven and preheat to 475 degrees. I used a regular oven proof non stick pan and removed the plastic handle. Some have stated that you can wrap the handle in tin foil before placing it in the oven to protect the plastic handle from melting.  I have found that this works well at 350 degrees or lower temps, but have not tested it at higher degrees. I noticed that in my oven proof non stick pan, the dutch baby did not rise as high as it does in a skillet cast iron pan or French skillet.

Put the eggs, flour, milk and vanilla into a blender and blend on high for about 30 seconds, or until the mixture becomes frothy. Stop the blender and scrape down the sides if necessary.

Once the oven has finished preheating, place the butter in the pan and allow it to melt. Be careful to not get burned! (Personal experience). Allow the butter to melt and brown. This should take about 2 minutes. Once the butter is browned, carefully pour the batter from the blender into the pan. Do not mix the butter and flour mixture together! Bake at 475 degrees for 17-19 minutes. The dutch baby is done when the sides have risen and the pancake has browned.

Remove from oven and allow to cool for several minutes before serving.

While dutch baby is cooing, in a saucepan mix together the crumbled bacon and maple syrup. Heat to simmering and allow mixture to simmer for approximately 30 seconds. Remove from pan and pour into a syrup server.

Cut the dutch baby into pie like pieces and serve with maple bacon syrup. Enjoy!

Chocolate Dutch Baby by Two Peas and Their Pod