Peace doesn't always come in uncertain times. I've learned that this past year. When my family was ripped apart at the seams and stretched to the point we broke, I was suddenly thrown into a world filled with court dates, lawyers, counselors, victim's advocates and terms I had never heard before swirling around my head. Many times I have to google and try to dissect what's being told to me in normal terms.

There are weeks that go by without feeling any peace. Peace is often replaced by sleepless nights, endless internet searches to find resources to allow me to stay in school but still provide for my children and paperwork. So much paperwork to keep those resources in place!

Starting into the final year of my masters program has brought the most uncertainty for me as almost all of the security I crave has been ripped out from underneath me. My home, car, and family have changed. I'm now juggling two part time jobs, full time school, an internship and three active and busy kids. With everything going on, I've tried to not change their world, tried to make sure they get to come home to something familiar to them in the midst of all their chaos---but I can't. Their world is changing as much as my world is even though I've fought to make sure that wouldn't happen.

I've been accused of being so many things this past year by people. People who were family, friends and close aquaintances.  By people who never ask me but assume what is being said is true. It's the ugly nature of what I am going through. My true friends have stood beside me--new relationships have bloomed and I've gone from shattered to stronger a little over a year later. A year ago it took every ounce of me to get out of bed, convinced that maybe I was what others (and even those the closest to me) said I was--although in my gut I knew it was untrue. I know me. It took me a long time to get out and run again. It took me a long time to eat. To get a good workout in the gym. And when I finally started to get back to normal workouts the pain and ache was not just tired muscles--it was so much deeper. I was tired all the time and felt that pain reach to my bones. It was a pain I'd never experienced. I finally got to a point a year later that I could be there for myself when every ounce of myself went to my kids and surviving and getting through the shock of what I had thought my marriage was  It took every ounce of me to say "yes" to get out and hike when invitations were extended or even to start a conversation up with a stranger. But conversations with strangers led to relationships with great people a year later. Over a year later things are probably even more chaotic and uncertain than they were a year ago. I still struggle some days and weeks to get out of bed. I just want to shut the chaos out. But looking back I can see that peace was there all along. I have another rough couple of years ahead of me as life becomes finalized in some regards and a new life starts. It's not just new for me, but new for my kids as well. Our world has been shattered. But peace is there even if it's only in tiny droplets. When I look back I can see that someone has been there for me all along. My elder brother has been holding my hand all along. He's been there when I've wanted to go back, then there again when I started to take those hesitant steps back and got met with more devastation when I realized it wasn't best to step back to what was familiar and what I had known. He was there at those moments when I couldn't He was there to keep me going in those times. He's been there all along, after nights awake trying to figure out how to feed, clothe and house my children....he's been there to open the door I couldn't find those answers to on my own. I may not be his best example and may not live the way he would want me to, or believe the way he would want me to, but I know he is there and I do serve others like he did. He is MY greatest example. 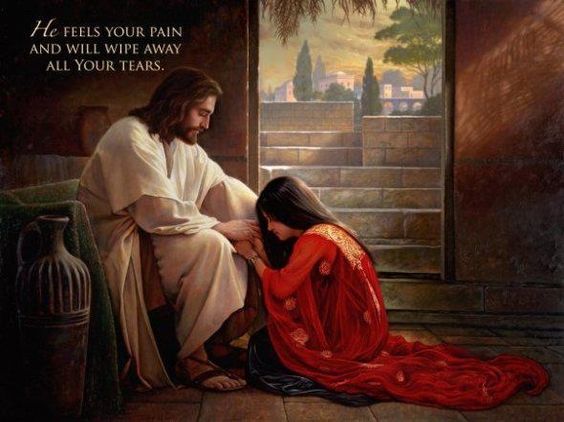 This Easter, he is my #princeofpeace. Share your story or picture by using the hashtag #princeofpeace across your favorite social media channel.