There were three words that consistently showed up on my "bad word" list as a child. Fruits, vegetables and new food. Inwardly, I groaned any time my parents would introduce anything new to me--especially if it was a vegetable.

My parents had a habit of feeding a new vegetable to my sister and I in the worst way possible. Steamed or plain. Brussel sprouts? Steamed, no butter, lemon juice, flavorings...just nasty plain ol' steamed brussel sprouts.

Always a sucker for a deal, they were on sale for .50 each at the store the other day. I couldn't overlook the deal.

As a parent, I've learned that if I want my kids to like any of the three above mentioned "bad words" I need to trick them. To a point.

It's kind of the same concept.

My parents didn't like to trick us, yet they missed one element of trying new foods. If you want your kid to enjoy their first taste of something, you need to make it enjoyable. Kids palates are designed like a computer. If it's a new food, they must spit it out like poison. By doing so, they can try to establish the alpha role in the family--if for only a few moments until Mom tells them that they can't leave the table until it's all gone. But that few seconds of temper tantrums and control in the family? Priceless. 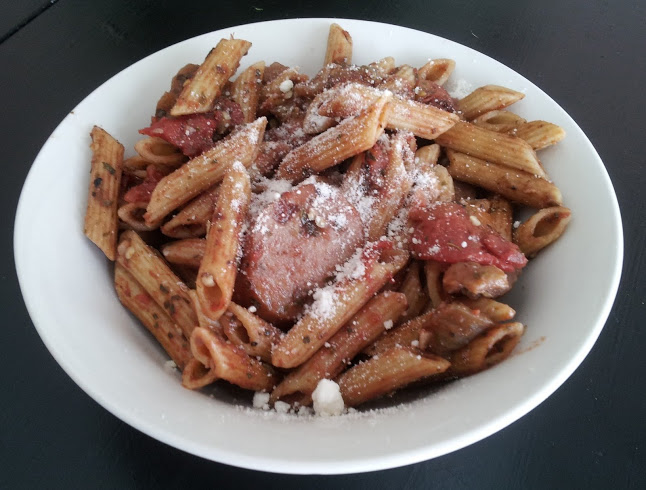 The kids loved this meal, so I decided to make them an eggplant parmesan sandwich for them today. They balked and groaned and moaned about the "disgusting vegetable" I was making them try.

Note to kids everywhere: Sticking the very tip of your tongue on the outermost corner of the vegetable doesn't count as "trying it."

So I casually slipped in that they had already eaten and loved eggplant. A chorus of "yeah rights" followed. I picked out the eggplant from last nights meal to show them. They knew they were had. Each tried a big bite of sandwich and found that they still liked eggplant.

Except for my pre teen. She has to pick a fight about everything, so she said it was gross. We've decided until the age of 18 her opinion on anything new may not be able to count since she says the opposite of what everyone else says. So because she said the opposite of what everyone else was saying, essentially she was saying that she liked it to, right? (I need a therapist).

If you're looking for your family to try a new meal, (or looking for one yourself), you need to try this. It is absolutely delicious and you don't taste the eggplant at all. 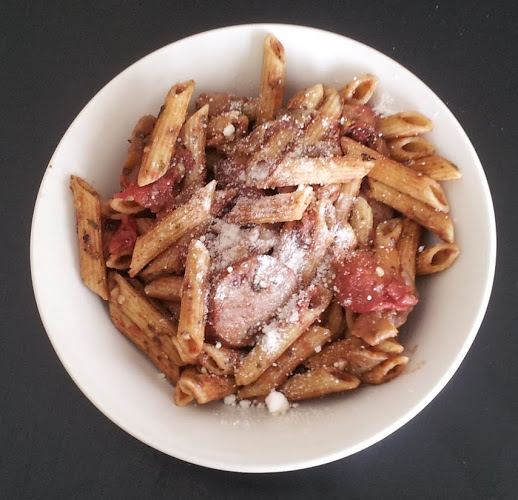