A delicious recipe for slow cooker BBQ bacon apple chicken. Full of flavor and easy to assemble! Dinner goes into the slow cooker in the morning and a delicious meal is ready when you get home! 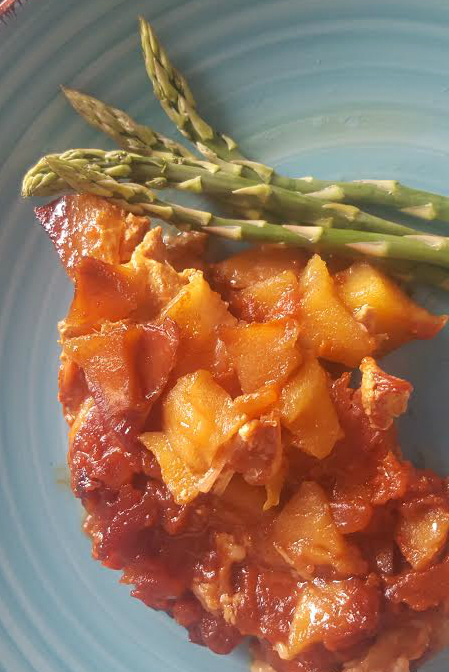 I tricked him with this meal though. He saw me wrapping the bacon around the chicken and his eyes went W-I-D-E. He was so excited. And then he saw the BBQ sauce and he got REALLY excited. And then he saw the apples and his face fell. I assured him the addition of ONE healthier ingredient wouldn't ruin the taste and when he dug into that first bite I only heard a muffled "this is good!!" as his fork went for another bite to shovel into his already full mouth. 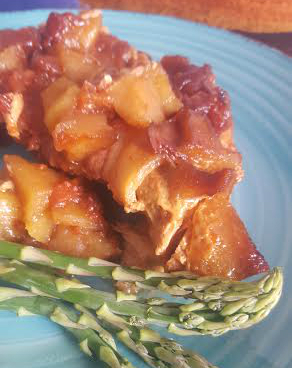 Today's recipe comes courtesy of Rebekah of Making Miracles. I was running through her blog trying to find some recipes I could use when my eyes hit the slow cooker recipes. With soccer season and all the spring events going on at the school our life has just been one activity after another. So slow cooker meals made up and tossed in the crockpot in the morning are the norm for us. 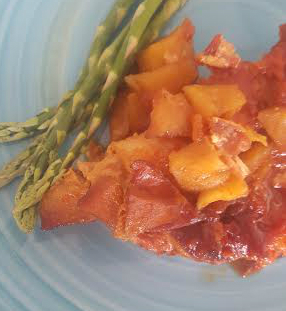 Rebekah and I are members of the Secret Recipe Club and each month we surprise a member by highlighting one of their recipes. I fell in love with a lot of Rebekah's recipes, but I especially loved these other unique slow cooker recipes:

The recipe is below but don't forget to scroll down for more great recipe ideas from other members!