It's hard to believe that Christmas is just around the corner. I am a definite online shopper. It's so much easier than battling the stores. I feel the same way about cooking. With family coming in and out of town this time of year, making simple and easy foods that allow me to spend time visiting with my loved ones is important to me. 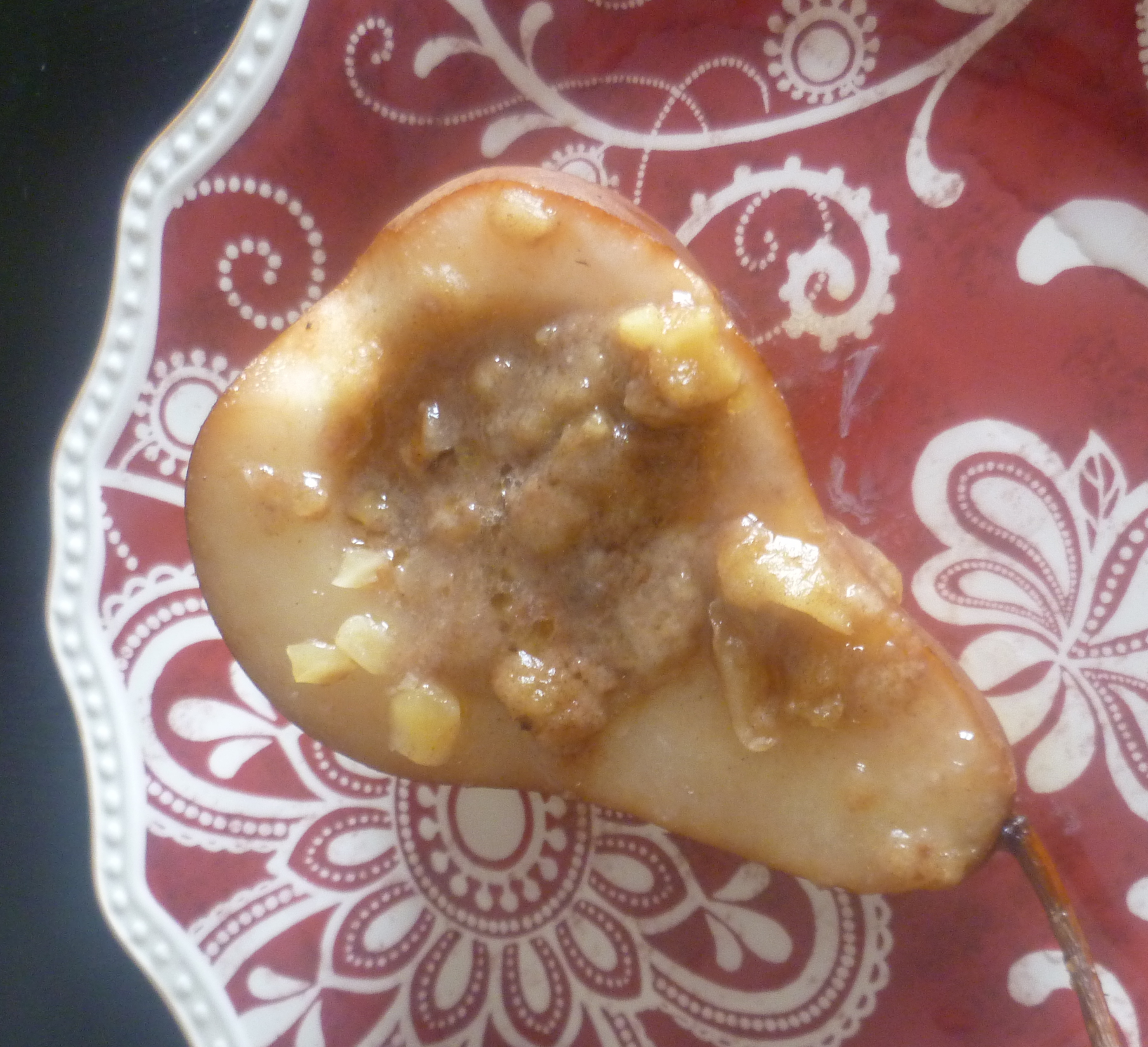 These butterscotch pears are simple and easy to make but also look so elegant when served at a dinner party for dessert. 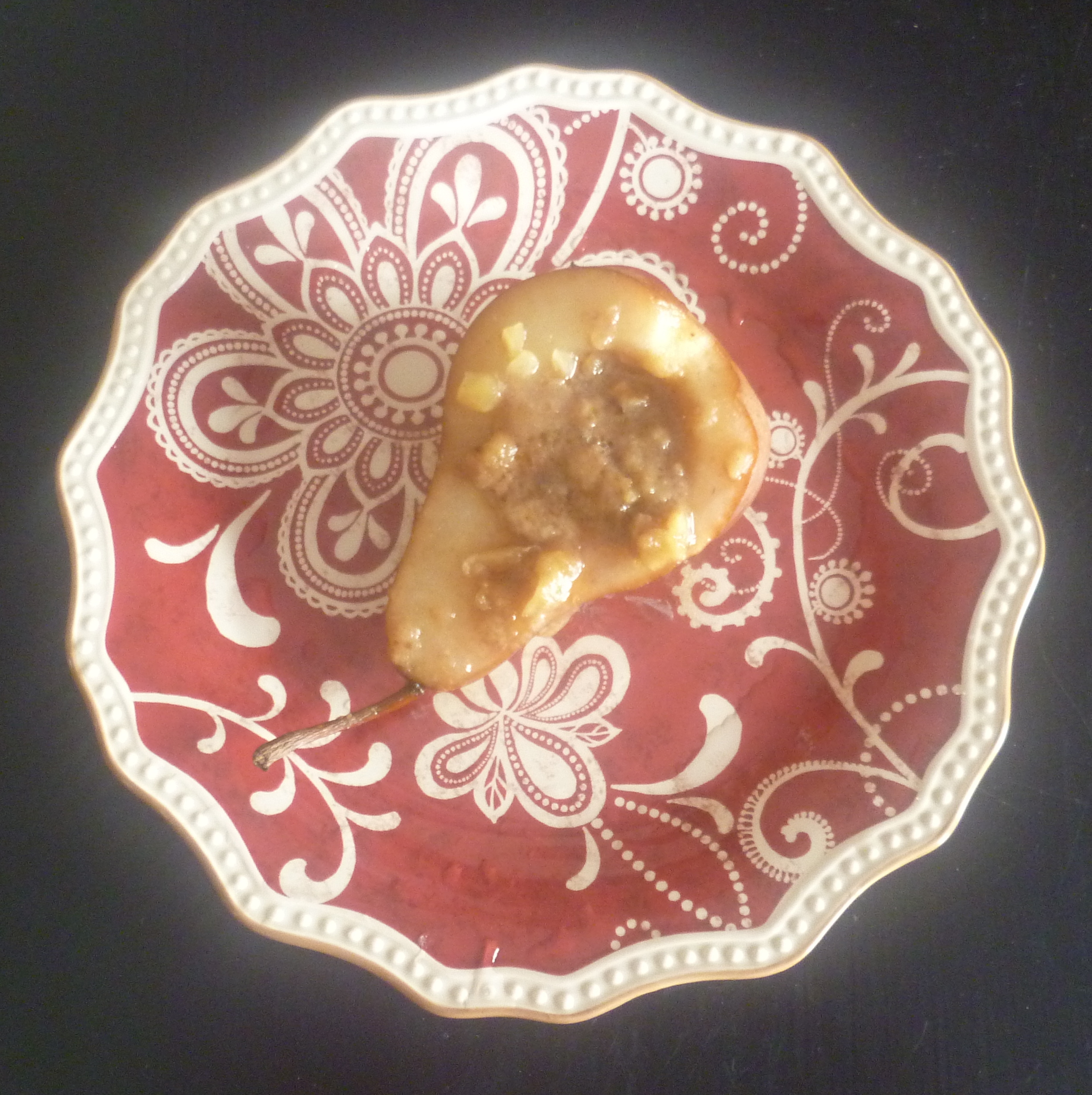 Just a few short hours in the crockpot and you have an incredibly delicious dessert. My mouth is watering! 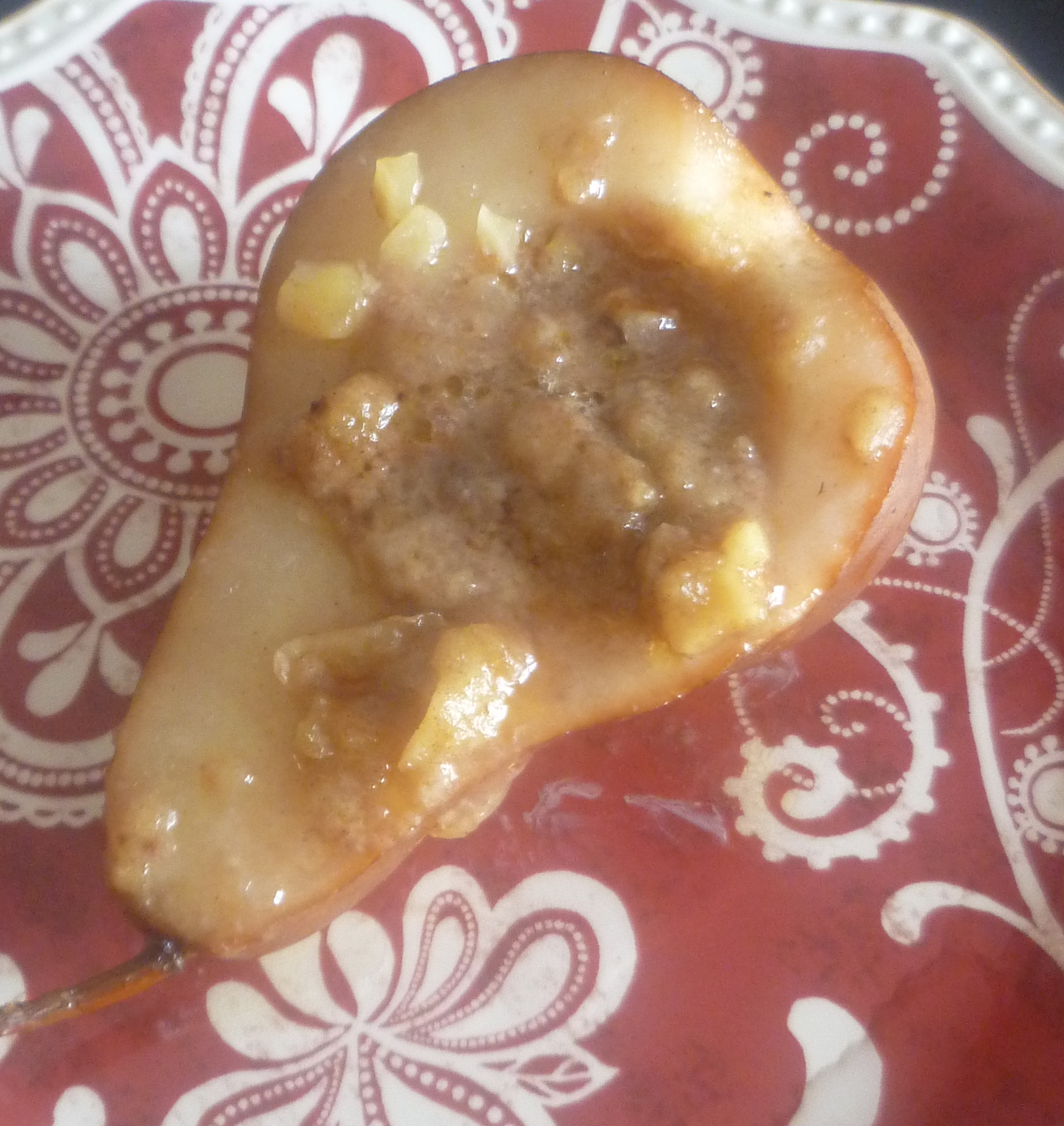 Cut each pear in half lengthwise; scoop out cores. Brush each pear with lemon juice. In a small bowl combine the brown sugar, butter, flour, cinnamon and salt. Fold in the pecans. Spoon mixture into the core of each pear. Place each pear inside the crockpot with the insides up. Drizzle honey over the pears. Cook on low heat for 2-3 hours.

Remove the pears and serve. Drizzle any remaining liquid over the pears.

Recipe adapted from Taste of Home.