This spring has been so fun. Last year our littlest wouldn't even touch a bug and this year her obsession has gone a little...overboard.

Roly Poly's and worms are her bugs of choice. And we've found plenty of them while digging dirt in anticipation of laying some concrete in the backyard and sideyard this spring. 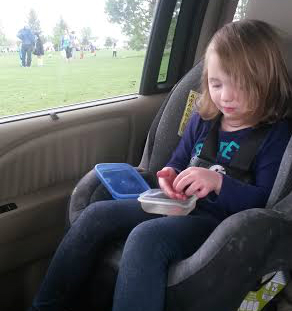 The obsession gets alittle out of control though as we spent the last two nights and over a half an hour finding suitable places in the backyard for her worm family to sleep for the night. She carries them around in her hand for hours and then places them in the dirt at night. One night she chose to move them to her slide and they unfortunately met a rather harsh death by the morning sun. She was devastated, we had a worm funeral and lesson learned (on my part) as I scraped dried worms off the slide.

Then there are the Roly Poly's. Somehow they made their way into a container that at one time had her snack crackers in it for her brother's soccer game. Half of them got out at his game and the other half at Walmart while picking up soccer snacks. We also had a nice long talk about her Roly Poly's not being allowed in the car.

Any of you have bug obsessed kids? What are your favorite stories?

The rest of the family is doing well. My middle child has been busy trying to find ways to earn money. With all the house projects needing to be done and my husband traveling a lot, he sat down my son and gave him a list of the projects he isn't able to do. He told him he would let him earn money for them if he wanted. He has been so excited to earn money and has full on embraced digging in the backyard and sideyard, helping to plant flowers, learning to mow the lawn and painting. He also just finished another soccer season and is suffering his twice yearly soccer withdrawals. For about a week he mopes, pouts and asks if there are any other soccer camps he can do. We are thinking of trying out for district to extend his season because it's his fourth year playing and he really seems to love it and has wanted to keep playing more the last two seasons. Is it time to move him up? 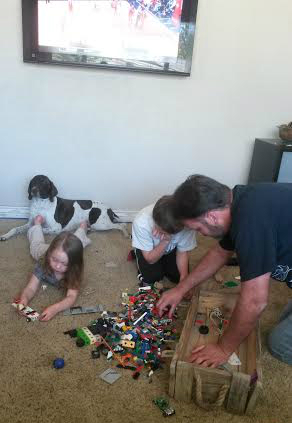 Getting ready for the LEGO Pinewood Derby

Have you moved your child up to more competitive play? What are your thoughts?

My oldest is getting...old. She just got her yellow green belt in Taekwondo and loves to sings all over our house. Every day at about 5 my son and the littlest one bail and head to friends because they can't stand the noise any longer. She likes to experiment with her voice and goes high and low and high and low and sometimes it doesn't sound too much like the radio song she's singing too. She's going to be a great singer and it's so fun to watch her grow. She had her first official babysitting job the other day and I cried. CRIED when I dropped her off. I can remember MY mom dropping me off at my first babysitting job. So many emotions! The good news is she didn't have five kids under seven to watch. I told her the parents that had me babysit for my first job gave me one instruction: "make sure the kids are alive when we get home." I soon found out why. They didn't even care that the house was a mess when they got home and none of the kids were in bed. The minute the door locked behind the parents the kids turned into wild crazed animals jumping off couches, swinging off the stairs and literally destroying the house. The parents came home and said,"we are just grateful anyone wants to watch them." Newby. I should've known better. Her kids went down to bed an hour after the parents left and she sat texting me the rest of the night. "What did you guys have for dessert? Can you bring me some?" and "I cleaned up the house like you told me to. Do they bring me home or do you come get me?" It was a lot of fun to have that dialog with her while she was gone. 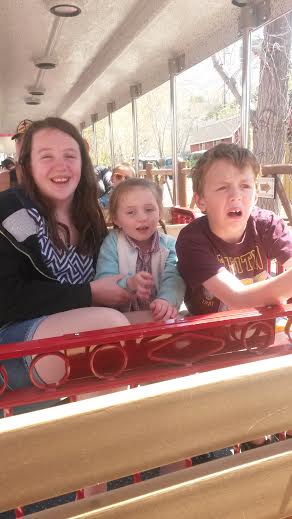 Guess how much an elephant can poop? His face should tell you! Fun at the zoo

Is it hard for you to see your children go through some of those milestones YOU remember going through?

Other pics from the season: 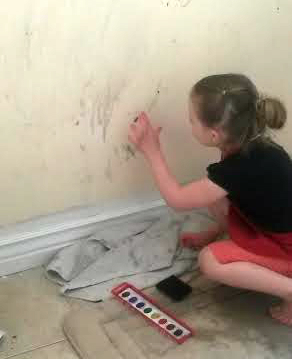 One day, we will agree on a paint color. One day. 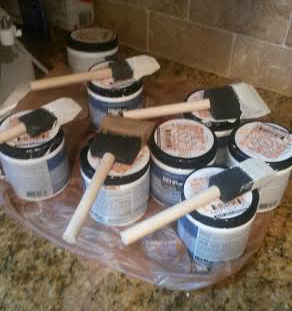 So excited to find a BIRD in her bird feeder! 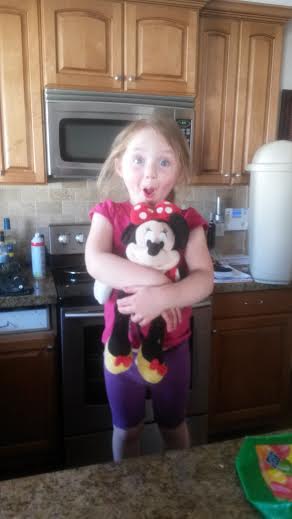 Our first sunset hike of the season. Check out the face on the puppy! (Our other dog saw a bird and no longer wanted to be in the picture). Coincidently this is also the hike we found out our littlest will happily go to the bathroom in nature but won't on the toilet. She also admitted to going to the bathroom in the backyard. This child will NEVER potty train! 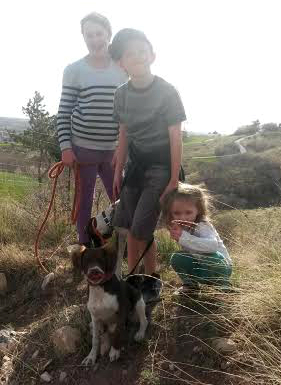 The random photos I can't explain. Like how we got to the moon and back in just a few hours... 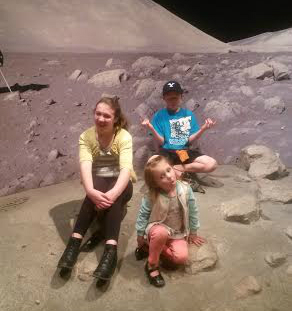 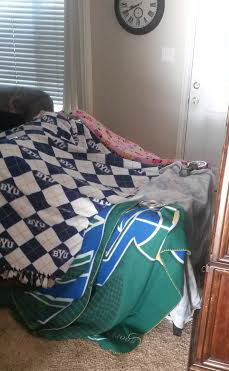