Today you can. It was an incredible week for him.

1. He got rid of his older sister for a WHOLE WEEK!!! She went away to camp and he partied.

2. Except that he did have to watch his LITTLE sister for a little while. There is a difference between putting boys in charge and girls. I got home and found he had assembled an old box into a puppet theater for her, and all of the stuffed animals they could round up moved from the bedroom to the kitchen to catch the show. 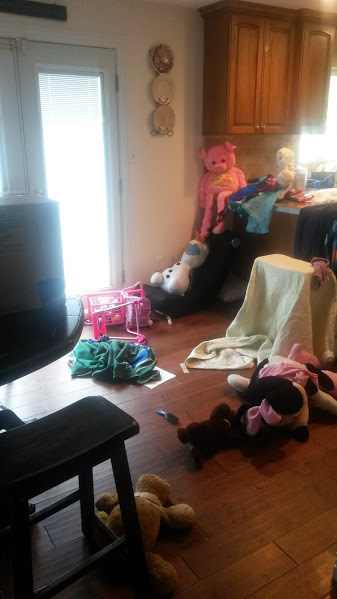 3. In addition to the trampoline park, the swimming pool and the movies, the little rascal convinced me to take him camping overnight. I'm all about taking a nice hike or run up the canyon, but camping? 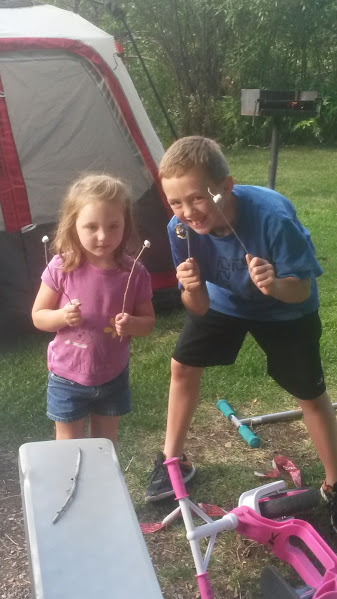 Of course, he wanted to show me (and the rest of the camp) how good of a camper he's become. He wanted to start and run the fire for breakfast. So I let him with a little bit of coaching. I failed to mention to what happens when you burn green wood After smoking out the entire campground (with the help of Mom) he got a fire going and the bacon got cooked.

He came up with a rather unique creation. Bacon and marshmallows. He said it was delicious but we all declined the offer to taste it. 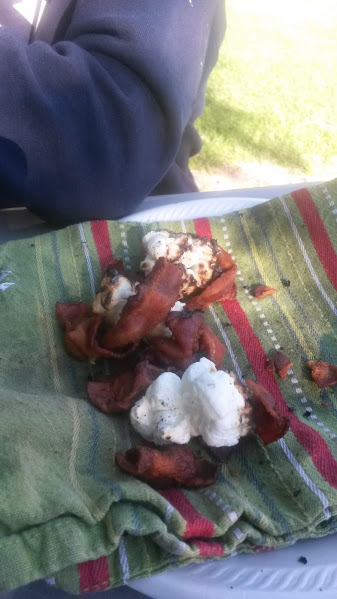 4. When Dad and his older sister got home from work and camp the party continued. He got woken up early for cinnamon rolls at Marley's. Nothing is better than motorcycles and cinnamon rolls! 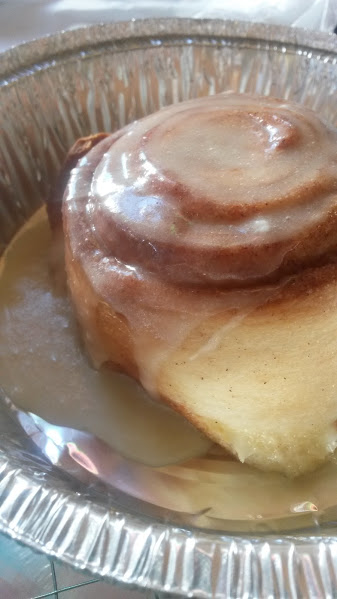 Later Dad surprised us by taking us up the canyon to go shooting. I hate guns, but did have a good time shooting. 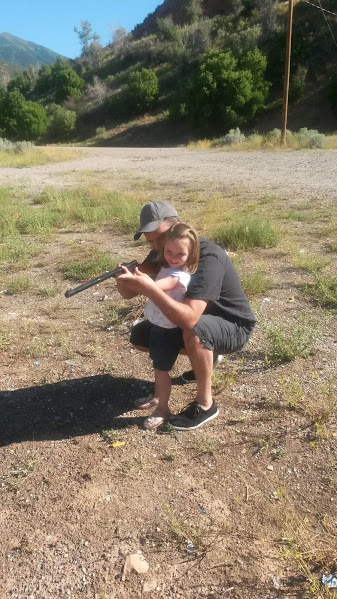 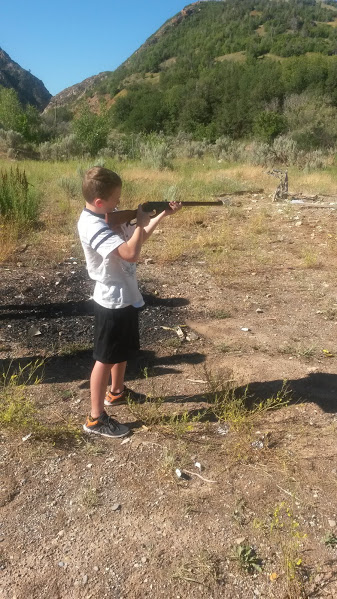 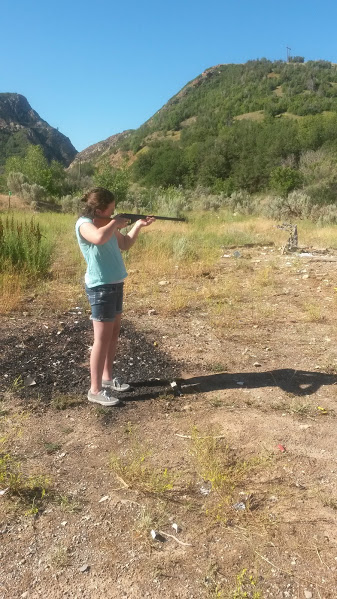 And let's all take note of who needed the most help...the little one and the big one. 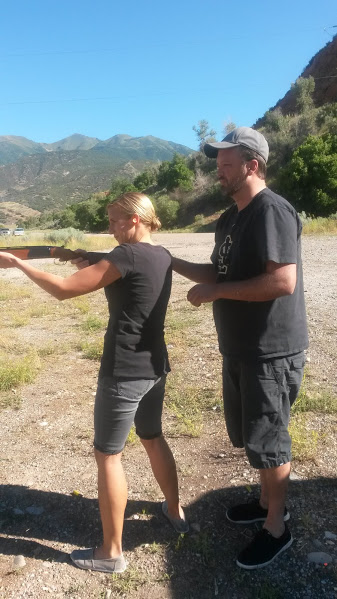 And even later in the day we ended his birthday by giving him his gift--a new Y Fliker Lift and fireworks! 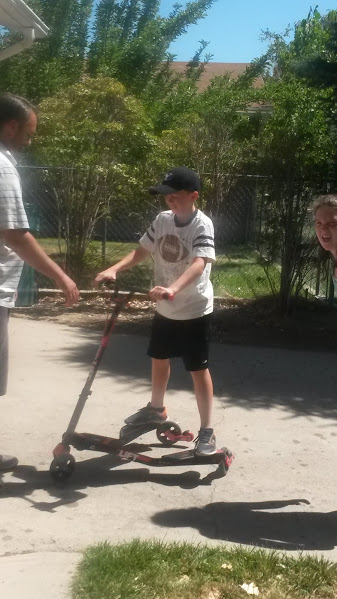 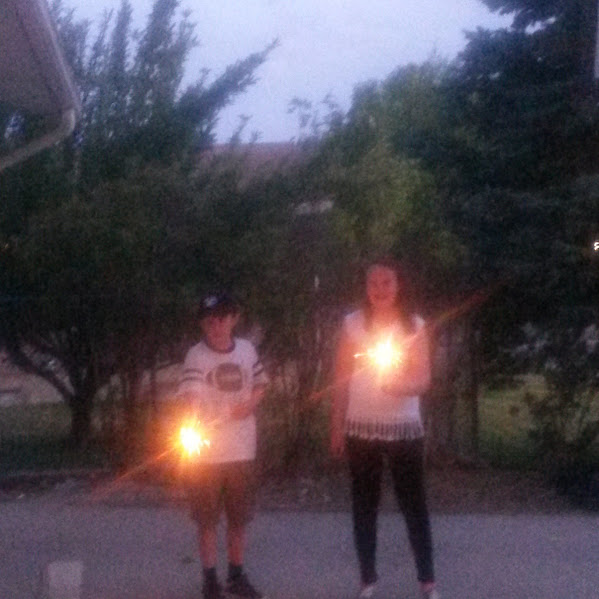