This is always one of my favorite lists to look at. Last year quinoa, Paleo and egg recipes were hot health trends. On the flip side? Cronuts. (Although those things look delicious. Maybe it's a good thing I haven't tried one). 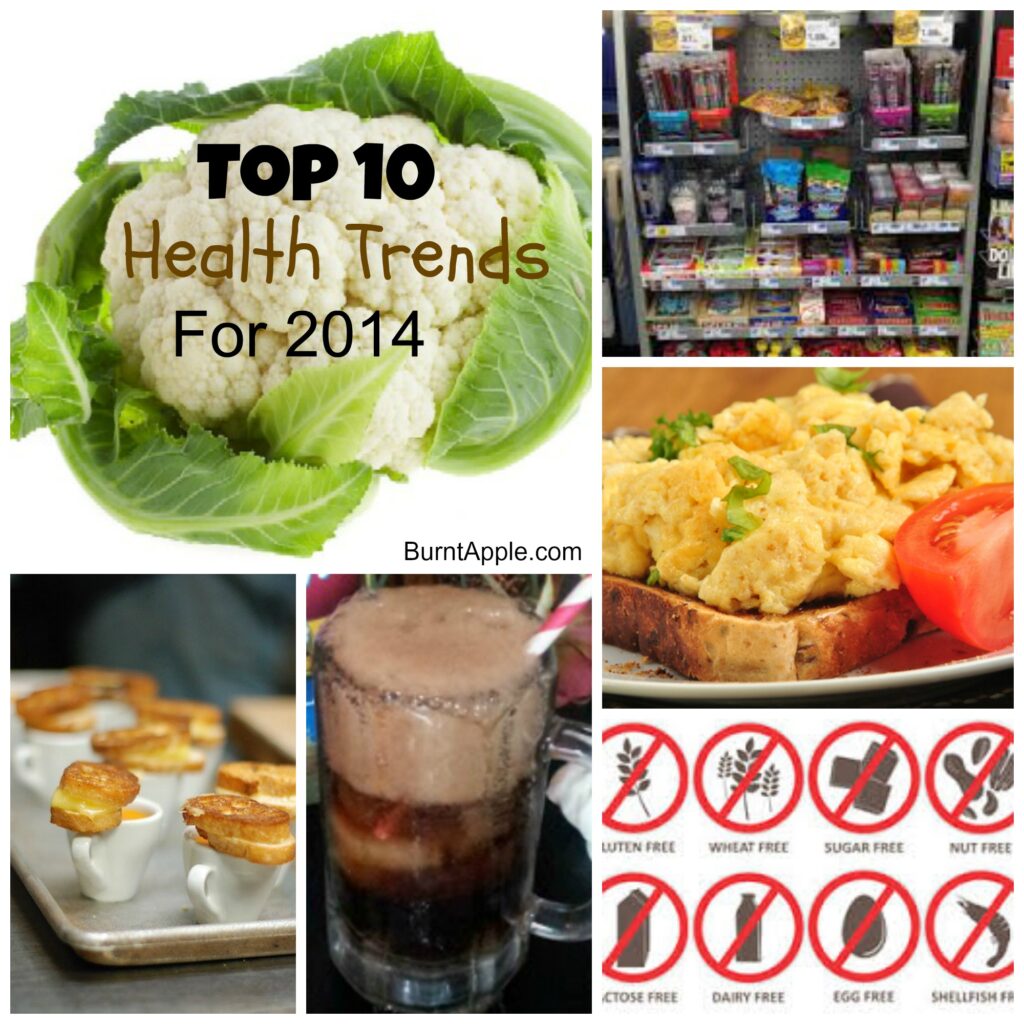 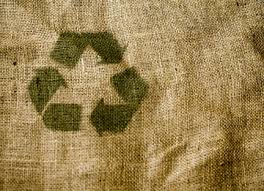 We saw this last year with the rise in interest in regards to the labeling of GMO foods on packaging. Expect more of that to come this year. 62% of people responded that they want more transparency from food and drug companies. Johnson & Johnson infiltrated the general public with their "transparent label" ads mid to late 2013 and expect more to come this year from other companies. Also expect more environmentally friendly packaging and better food labels including some companies labeling how much sugar a product contains.

Expect the words "clean eating" to pop up. What is it exactly? In short, it's eating more vegetables, less meat, less sodium, watching your alcohol intake, limiting process foods and eating whole grains. Um, that sounds a lot like what we should be doing anyway, right? Slap a fancy label on it and it suddenly becomes a trend. 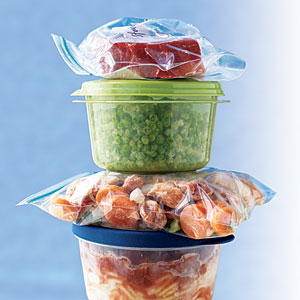 3. Eat Everything On Your Plate

This trend peeked a little last year, but expect magazines like Good Housekeeping to talk about it more in the coming year. 40% of the food in this country goes uneaten. That's staggering!! Until I look in my refrigerator and freezer and find at least 20% of my dinners sitting there, pancakes in the freezer I made and forgot to serve the kids, cookies on the dessert shelf of the freezer (well, those will get eaten eventually), a freezer meal that expired, like, months ago and the vegetable and fruit crisper is overflowing with stuff that needs to be thrown away that I swore I would eat back when I committed to eating more vegetables and fruit that week. Guilty. 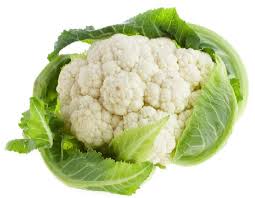 Every year brings a new superfood craze. Last year greek yogurt and quinoa took center stage, the year before that chia seeds and coconut oil....it just goes on and on. This year it's predicted that flours will be the new superfoods including the use of teff and freekah. Cauliflower is also supposed to to be hot. Really HOT because it showed up in every prediction that I read. And expect quinoa's baby to make an appearance--kaniwa. It's smaller but still heavily protein packed like it's mom, or dad, or .... 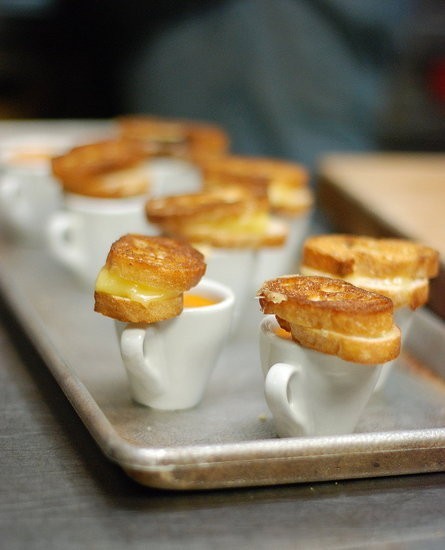 Shrinking portions showed up in several resources that I read, but in this month's Cooking Light magazine it also talked about the shrinking portion sizes by including an article on Starbucks shrinking it's food size portions in it's stores. My question, didn't we try (and fail) at this several years ago??? Most people want bigger portions, LESS calories. (Think McDonald's, Wendy's campaigns--salads and snack wraps to be exact) Will this equate to a smaller amount charged to consumers? Hmmm. 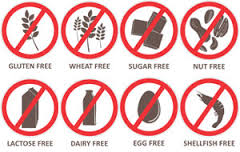 Gluten free foods went viral last year, and it's predicted to expect more of the same this year with other allergies taking a front seat. I just hope that I can decipher all the little symbols they put on the packaging! Some foods have so many symbols on them it's driving me crazy. I spend more time trying to figure out what the little symbols are! 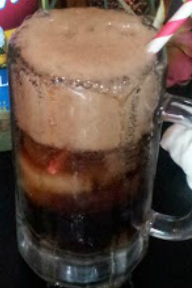 There is no doubt that our nation is soda crazy. Lately I've seen more and more soda recipes popping up for homemade sodas. Some sites are also promoting sugar sodas over artificially sweetened sodas since artificially sweetened sodas are supposedly not as good for you. I've even seen them promoted as a dessert like "dirty sodas"--used as more of a treat than a early morning or late afternoon life sustaining drink. Will all those little soda bars popping up become the new trend this year?? 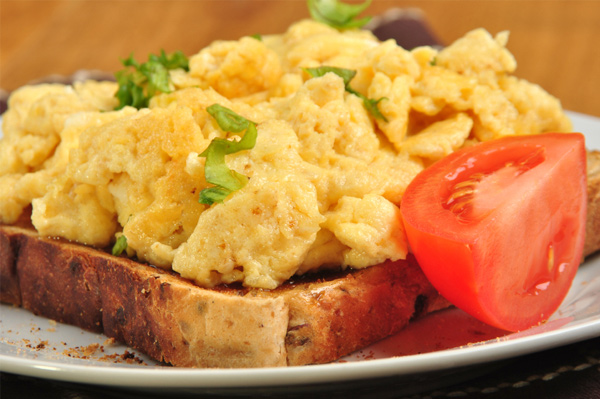 Expect to see more and more high protein, lower carb breakfasts to pop up. With cereal companies living in fear that they will be knocked off the #1 spot--a spot they've held for years it's safe to say that they will come out with more of their own high protein options this year. We've already seen them put more whole grains in kids foods and put out more gluten free options. I wonder what they will come up with next? 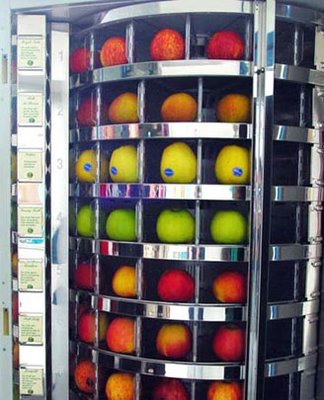 Our nation is really, REALLY snack obsessed. Seriously, next time you watch a show see how many commercials are devoted to snacks. A lot. We've seen 100 calorie snack packets, higher protein snack packs, and this year supermarkets are going to answer the call. Our local grocery store now has a "healthy option" checkout stand. While you wait in line you are bombarded with Go Go Squeeze apple sauce packets, Kind and Clif bars, apples and bananas, trail mix and ecofriendly reusable water bottles instead of M&M's, Butterfingers and gum. I'm all for it, but last week my two year old took a bite out of an apple. That apple cost me almost as much as an M&M packet. 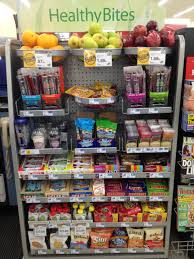 10. Grocery Stores Go Culinary Supermarkets are expected to really pick up on the trends too and will start to push healthier eating by offering culinary classes aimed at getting you into the store and buying more food from them. Expect stores to also get more social media savvy and will be "pinning" more and getting you to buy more from them of the products you see online. Expect some stores to even make it easier by offering ways to buy the products from them online--but most will still try to draw you into their store knowing you will buy more if they can find ways to entice you into the store. What trends do you think you will see in 2014? Do you think these trends are right, or do you disagree? Let us know!     Results taken from CBS News, Eating Well, Daily Meal, Consumer Goods and Huffington Post.