Call me crazy but as you read this I'm sitting on an airplane. Alone. With three kids. By myself.

I need a nap something fierce. But I am excited that when I get home instead of coming home to a musty house that's been unlived in for four days, I'm coming home to the scent of cinnamon pinecones. 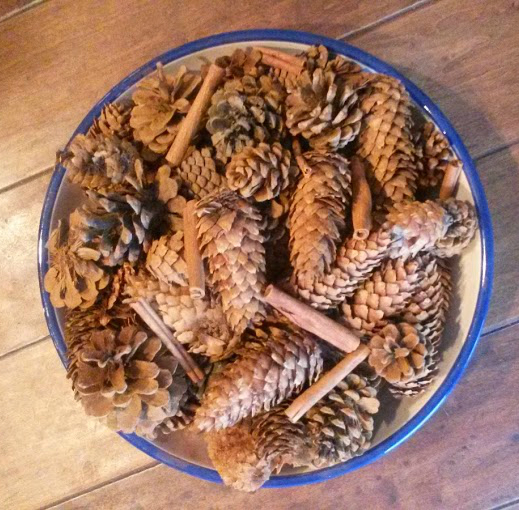 I love going past the bags of cinnamon pinecones at the store during Christmas time. The problem is they are only sold at Christmas. It's pretty hit and miss if you find them during the rest of the year. And I just love how the smell of cinnamon adds a little bit of zip to a dull winter. 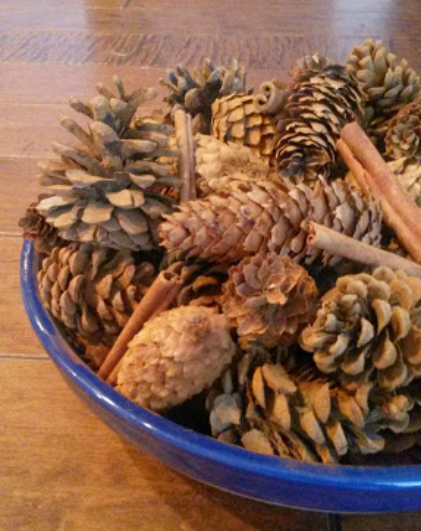 My three year old and I went through the neighborhood looking for pinecones and came up with a fun assortment of different shapes and sizes. A little bit of real cinnamon, a plastic bag, some cinnamon sticks and water make this a pretty easy and fun project. 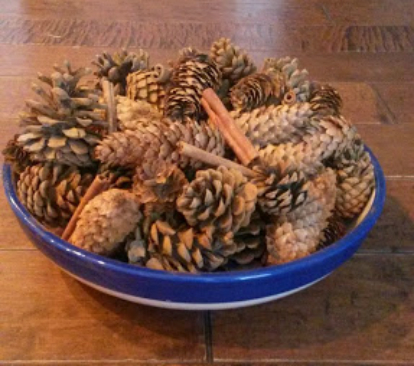 3.1
https://burntapple.com/cinnamon-pinecones/
« Setting Goals for the New Year--Why It's Not Realistic
Allegiant Airline Review + Our Trip to San Francisco »