She turned one, and with it my heart broke a little.

Her little feet now carry her a little ways before she reverts back to her crawling comfort zone. She's walking so much, she got her first pair of trainer shoes! 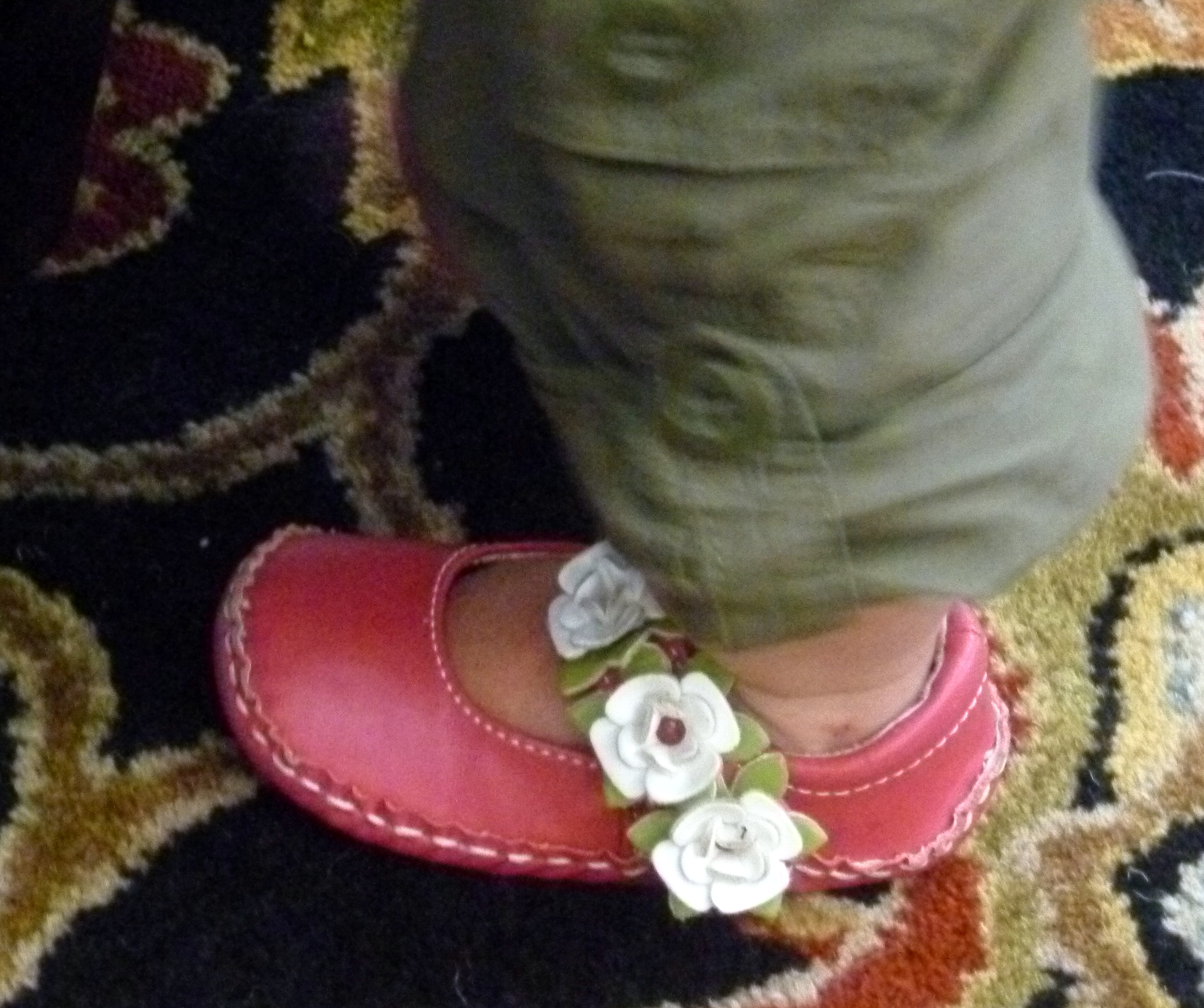 Since she is appropriately nicknamed "Monkey" we (meaning the kids and I) decided she would have a monkey birthday cake. I chose this Mod Monkey design, but our local party store didn't have it in stock, so we opted for the monkey cupcake toppers below. Monkey cakes are so girly now, so we made sure that this kids birthday cake would be extra cute for her. 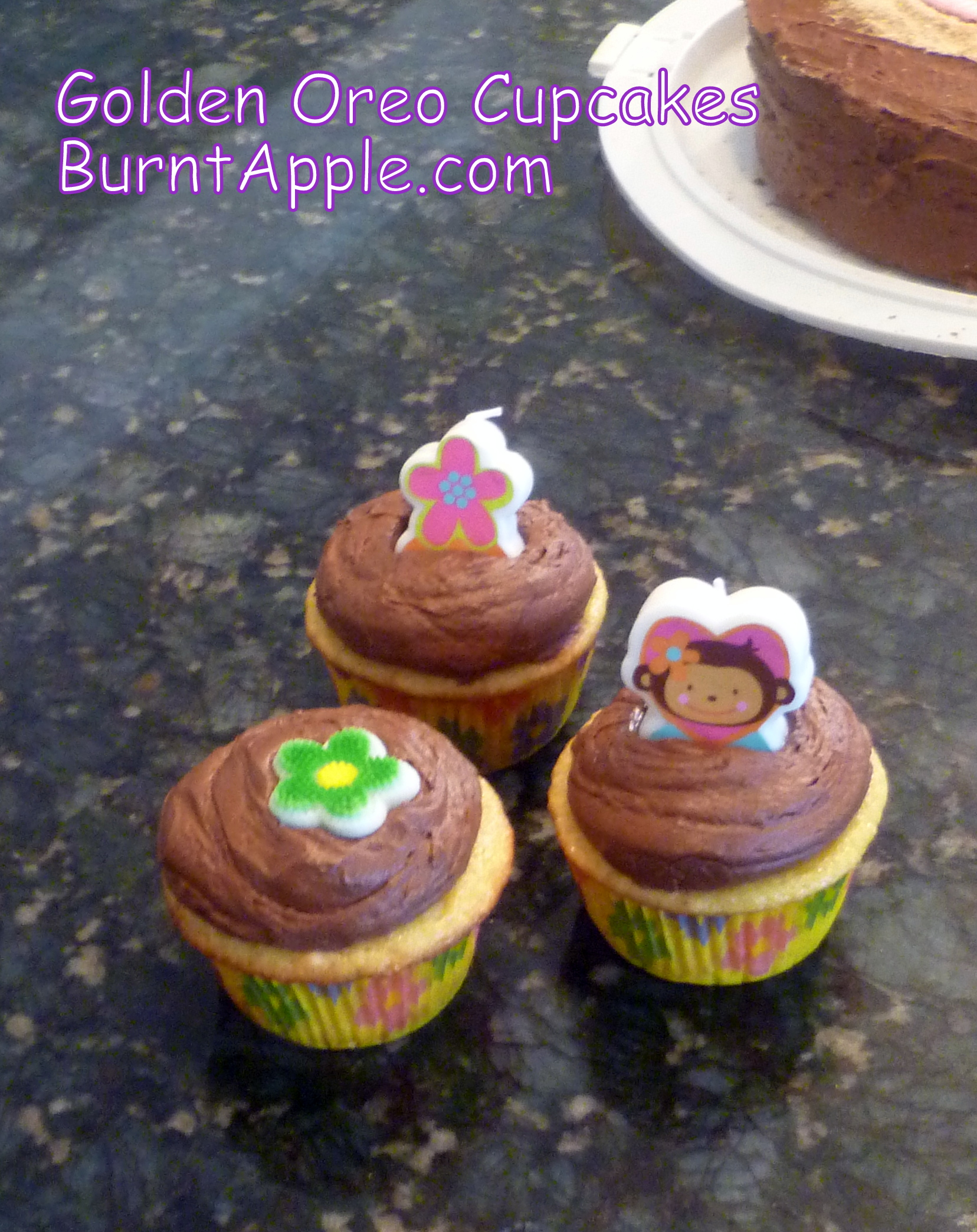 My oldest came up with the idea to use my Golden Oreo cupcake recipe and make a Golden Oreo cake. I couldn't find the Golden Oreo with chocolate filling, so I used the Double Stuf Golden Oreos with white filling. You know, less calories!

We also made the monkey cake with Golden Oreos. She loved her monkey cake! The only problem is she says "eee, eee, eee" instead of "oooo, oooo, oooo" for a monkey sound, but she'll get it. 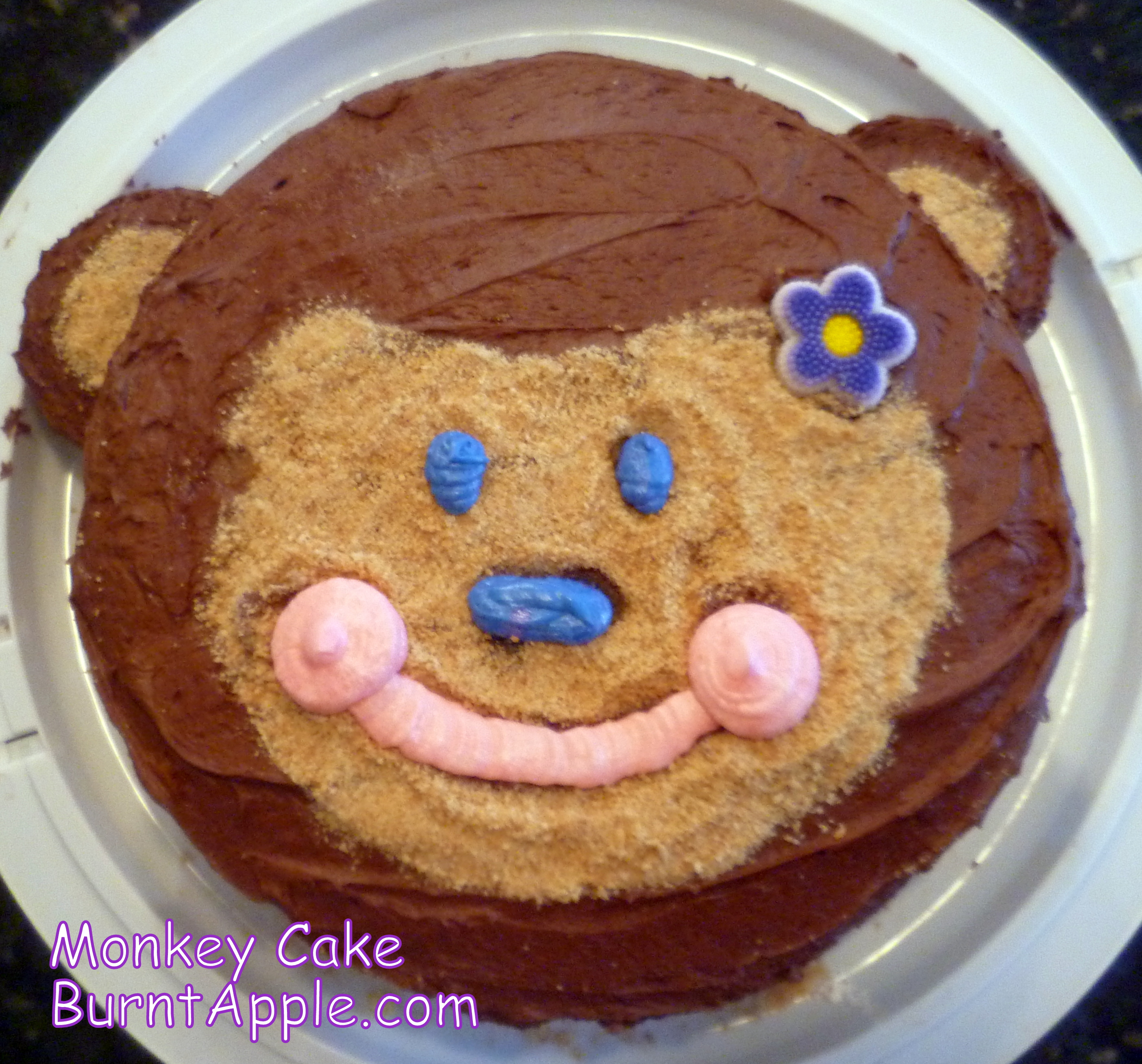 Yes, it is a monkey. 🙂 I really think it looks like a bear. We also kept with the modern monkey theme by using tropical plates and cups. The kids found these cute straws and all the cousins used them at dinnertime. 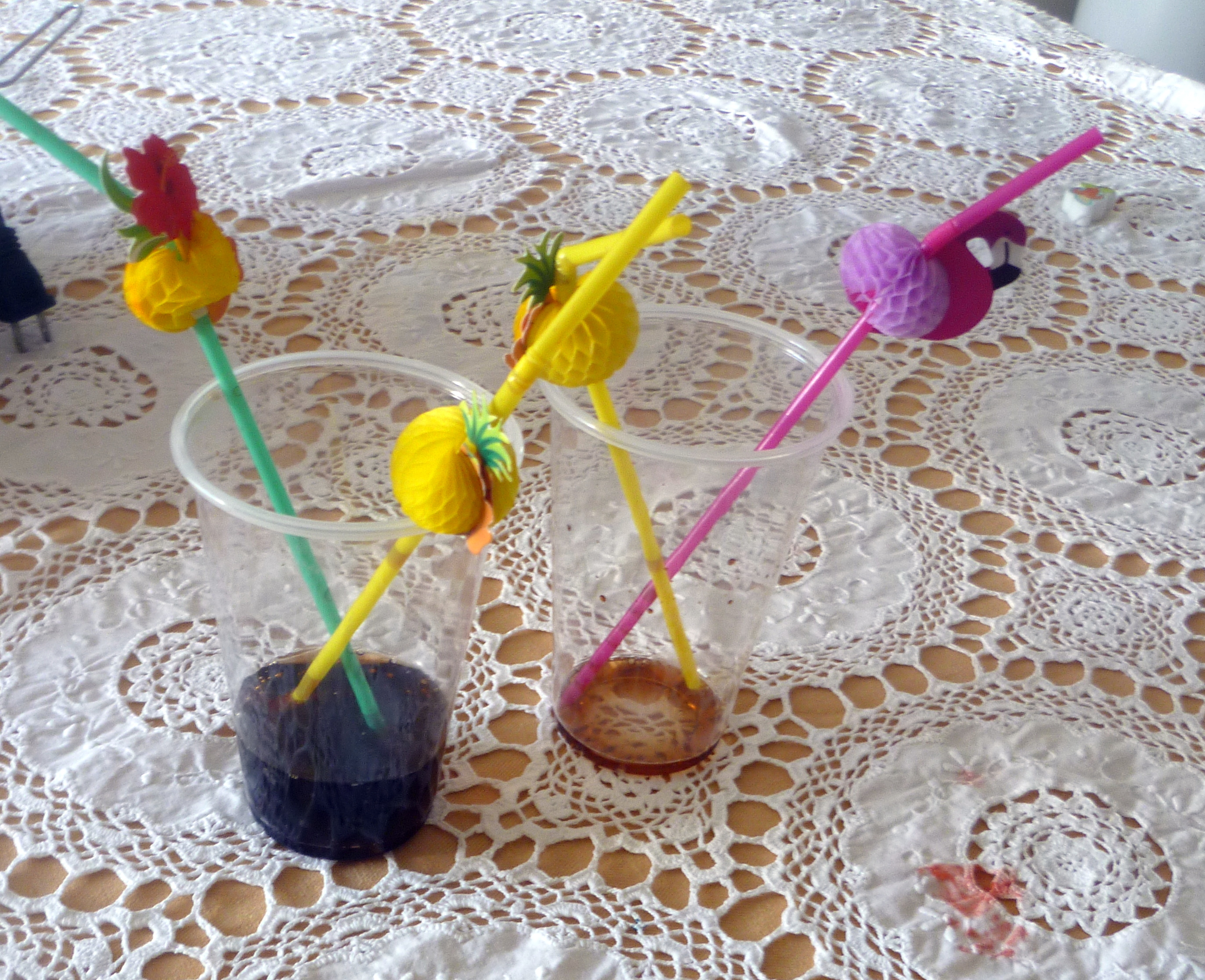 By the end, the cupcakes were gone and enjoyed by all. The littlest one of course wore most of hers, but that's to be expected. It's always fun finding the places they've been able to hide treats for later use. Ears, hair, even down the diaper! 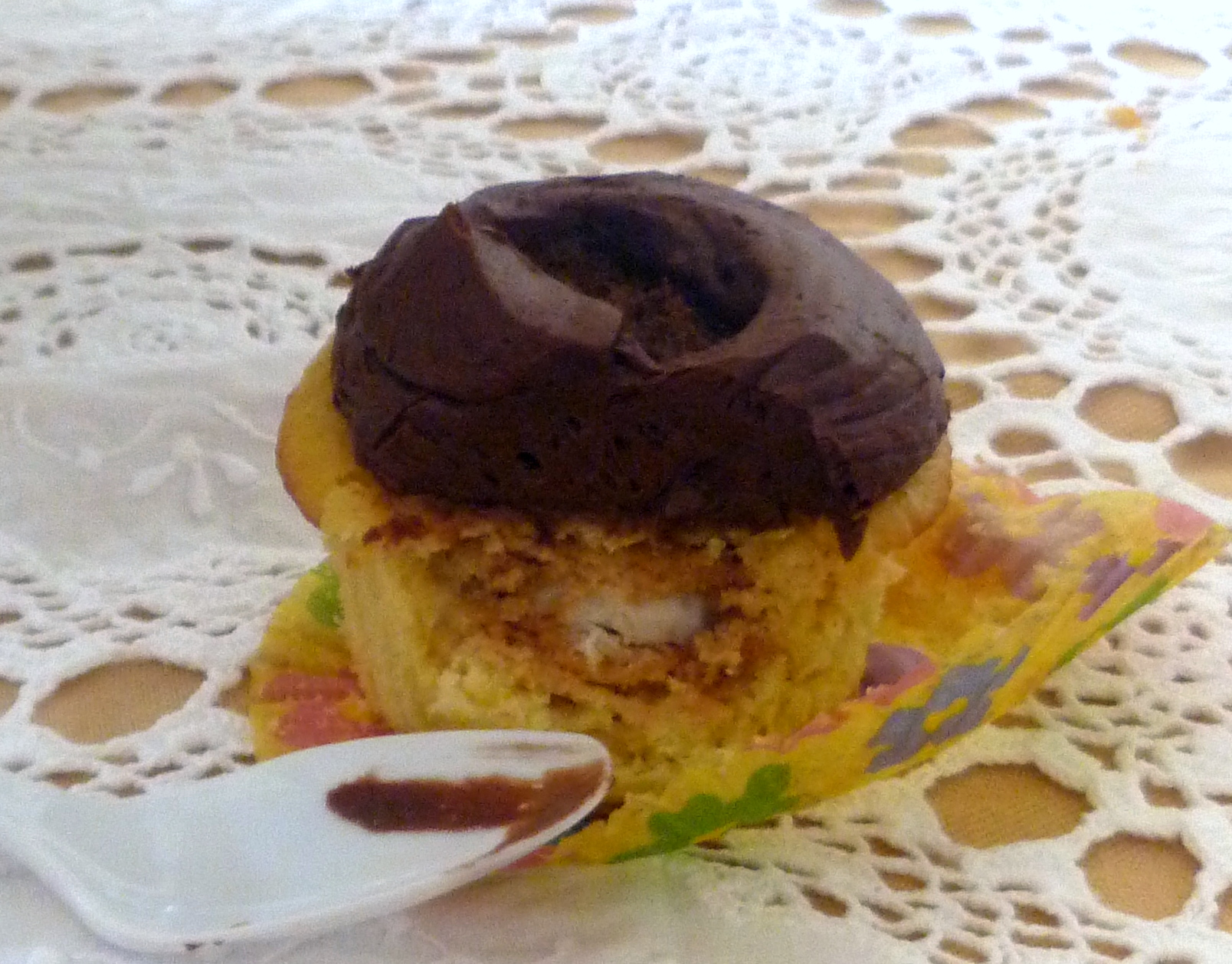 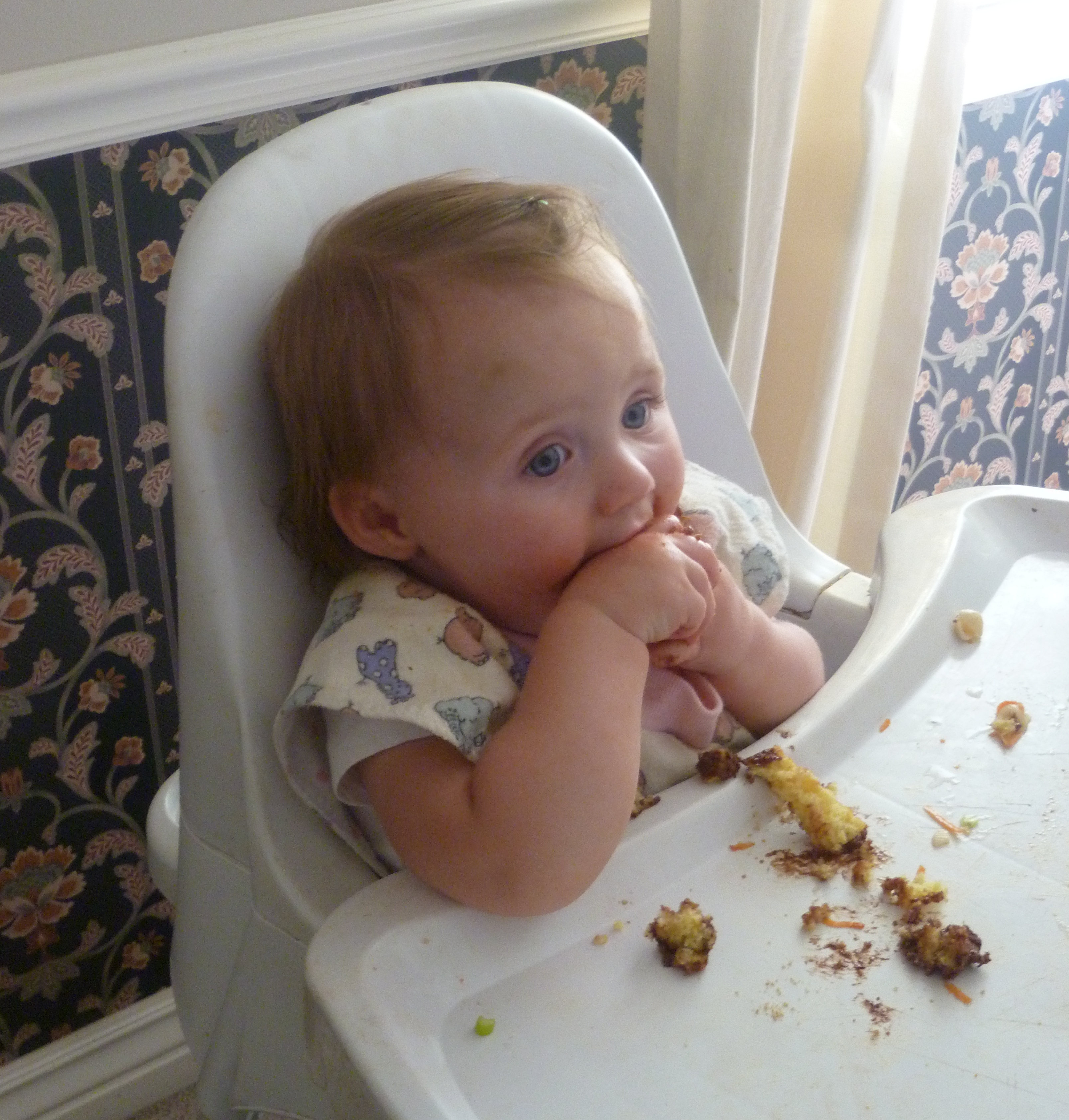 Mix and bake cake mixes according to package directions. Divide the batter in half and set aside.

In a food processor, or in a ziploc bag, place one sleeve of Golden Oreo cookies in and pulse or crush with a rolling pin until coarse. Fold into the batter in the first bowl. Pour the batter into two greased 8x8 inch round cake pans. Bake according to package directions.

Line the muffin pan with liners and grease. Pour one tablespoon of batter into each cupcake liner, then top with a Golden Oreo. Cover with additional batter until cupcakes are filled ⅔ of the way full. Bake at 350 degrees for 15-18 minutes.

Allow cake and muffins to cool completely before frosting.

If using Golden Oreos with chocolate insides, use chocolate frosting.

If using Golden Oreos with white insides, use buttercream frosting.

Frost each cupcake and top with additional crushed cookies if desired.

To assemble the cake:

Frost the top of one of the 8x8 inch cakes with chocolate or buttercream frosting. Top with additional cookies pieces and then place the next layer of cake on top. Frost the tops and sides of the cake. Make a stencil pattern of the face and place stencil lightly over the top of the cake. Fill stencil in with graham cracker crumbs. Remove stencil and pipe on eyes,mouth, and nose.

Take one cupcake and cut in half. Attach with frosting to the upper sides of the cake. Frost the sides and make a half circle stencil. Lightly place the stencil on the cupcake, and sprinkle with graham cracker crumbs to make ears.