We had the opportunity of flying out of (and into) the Provo Airport recently. While a small airport, there are some pros and cons that we want to make you aware of on your next flight. Read on to get our full Provo Airport review! 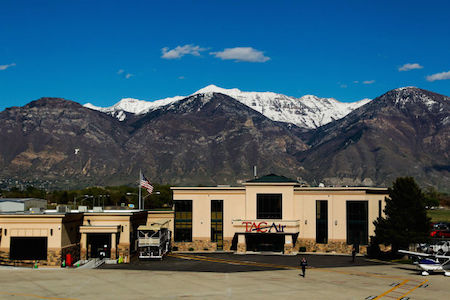 We found the staff at the airport to be really friendly and nice. Anytime we had a question, they answered it.When you land at Provo Airport, you don't have terminal gates. You walk down an outdoor ramp off your plane. (A first for a big airport flyer like me). Since it was raining I didn't know where they would be bringing our gate checked carseat and stroller. I asked an employee and he walked me to the underneath of the plane and showed me where they typically bring the gate checked items. He also said if I didn't want to wait if the weather was bad, the ground crew would bring it to the baggage claim for me. Before leaving me, he asked if there was anything else he could help me with.

Rental cars are available at Provo Airport. It's really nice and convienent to get off your flight and walk right up to the rental car counters. No off site shuttling, no worrying about getting a ride into town to get a rental car.

Parking is half the price of the Salt Lake Airport and you only have to walk a few feet from where you parked to the inside of the airport.

Security is really friendly. Although a little extremely thorough. I think it's the first time, ever, that I've had one of my bags random checked by TSA.

They answer their phone! After a short recorded message, a LIVE person answered the phone after several rings. They were friendly and directed me immediately to the Allegiant desk. They also answered a question that I had about transportation promptly.

The Provo Airport offers bus service to FrontRunner. Which is really nice. 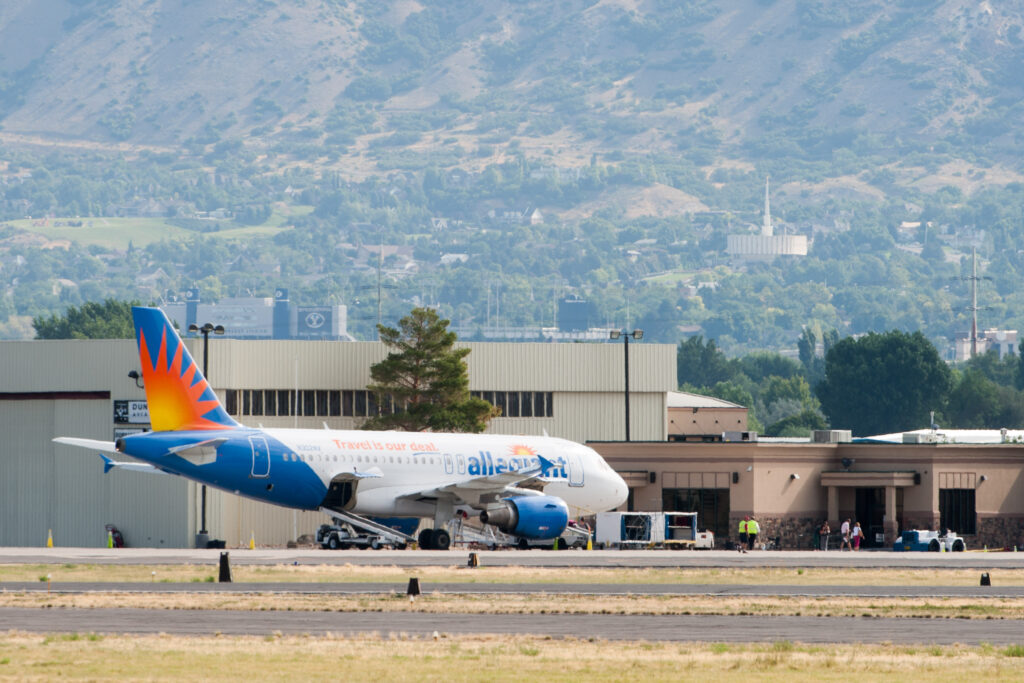 We had a horrible experience with our flight. And there is only one waiting room that gets really crowded when a flight is waiting to go out. Kids don't have a lot of room (if any!) to run around and burn off energy when a flight gets delayed several hours. The good news is you can have them run outside then jump back in and be through security in five minutes or less.

There are no food or drinks other than a vending machine and a soda machine. To not have options when flights are delayed makes it really tough to keep children happy. And my husband with diabetes would struggle with the selections. Even putting a vending machine with sandwiches, apples, and other more substantial food might make delays a little easier. So would some kids toys to keep them contained.

Transportation leaving the airport is a joke! When we called the airport when our plane (finally) came in to the airport in Oakland, I put a quick call to the Provo Airport to see what type of transportation they had leaving the airport. I was told that taxi's frequently are waiting when flights come in and I shouldn't have a problem finding a ride home. I was relieved that it was one less thing to worry about after our disasterous flight experience. We landed, no taxi's waiting. In fact, I had to call 4 different taxi's before I found one that could come and get us. City Taxi Orem came to our rescue! They will even track your flight so if you're delayed, your ride will still be there. The taxi driver was friendly and courteous but did admit that there aren't taxi's waiting at the airport like I was told. The prices were affordable and I made sure to give him an extra good tip for coming to our rescue. We only waited about 15 minutes from the time we called to the time he arrived. Too bad they were the last taxi service I called!