One of the best pieces of advice I was given when I started on this craaaazy blogging journey was to always post relevant information close to the holiday you are talking about. 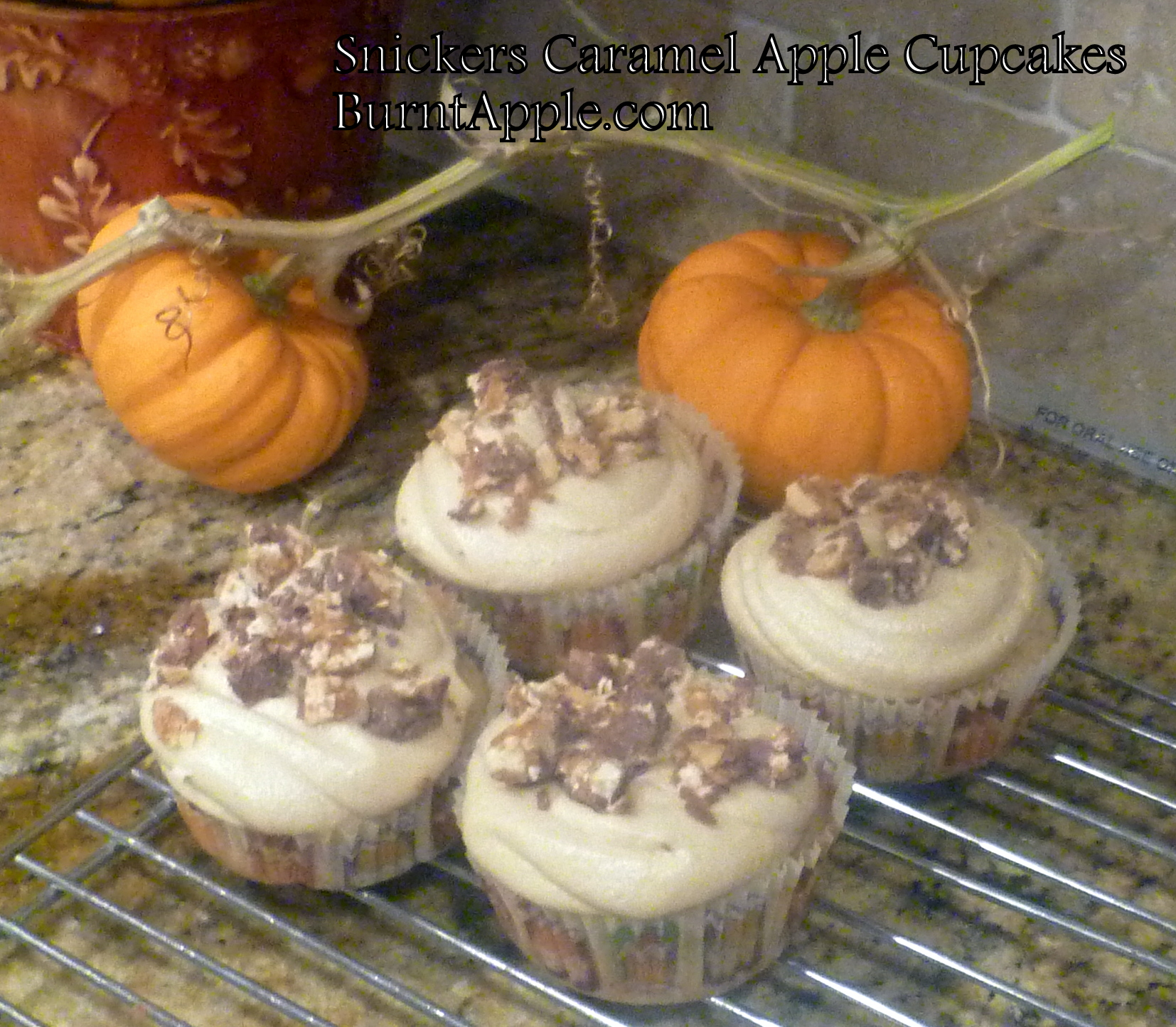 And to spell correctly.

Unfortunately, this post has already made two big mistakes. I misspelled a word AND I should be posting this recipe at Halloween time. Or should I? 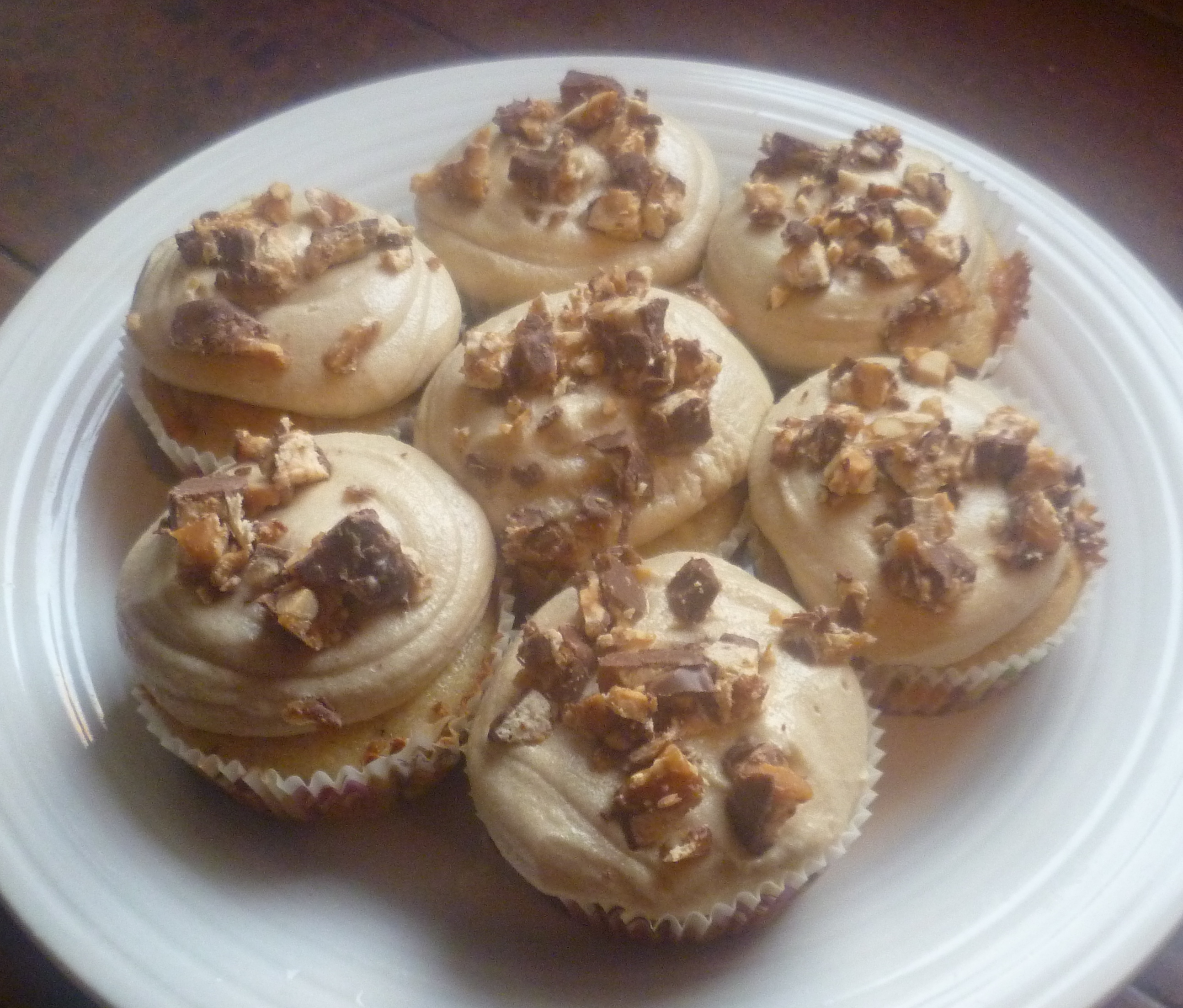 Halloween and Thanksgiving have always been one of those shady holidays to me. The foods and flavors overlap a lot. Pumpkin, apple and squash. Except for turkey--turkey is Thanksgiving. Or Tofurky in my parents case. 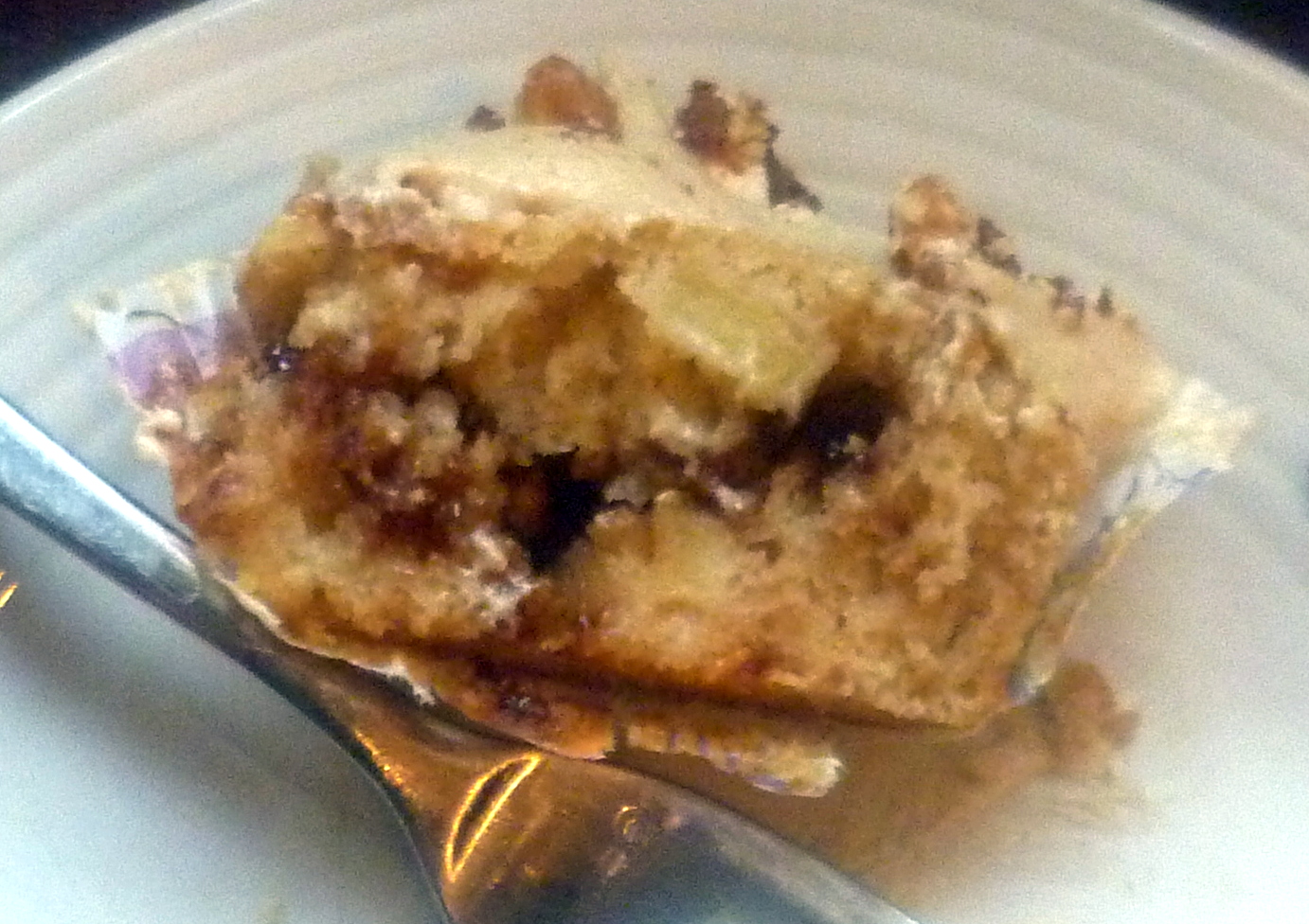 I'll even argue that pumpkin, caramel, and apple desserts overlap a lot from Halloween to Thanksgiving. And so with that argument I consider myself fine posting this recipe now. 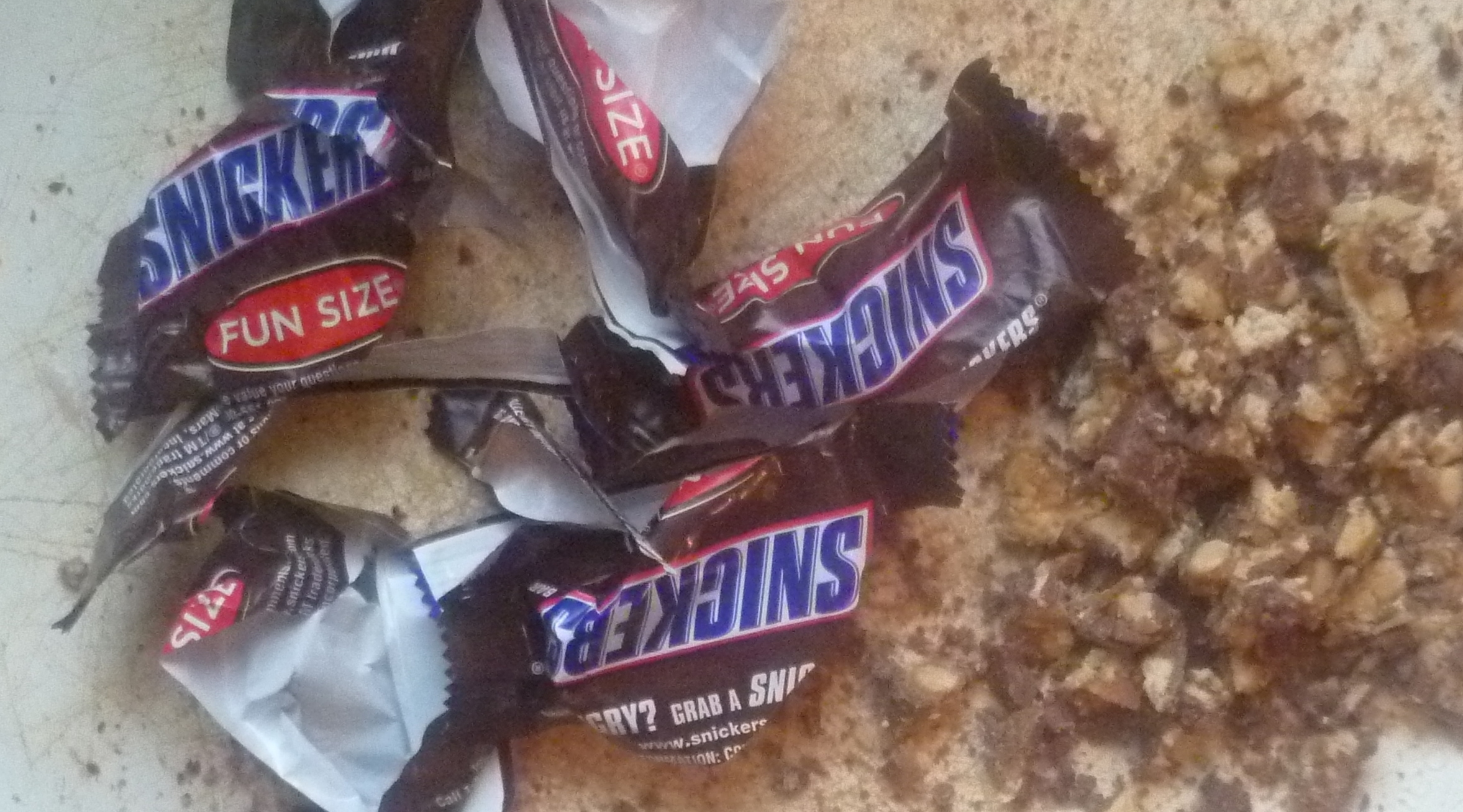 Adapted from She Makes and Bakes

To Make the Cupcakes:

On a cutting board, chop six of the fun sized Snickers bars into small, bite sized pieces.

In a large bowl, mix together the cake flour, baking powder, salt, and cinnamon.

In a mixing bowl, blend butter and sugar at medium speed for several minutes until mixture becomes light and fluffy. Turn off mixer, scrape the sides of the bowl and add in eggs. Mix at low speed until eggs are blended well. Slowly alternate adding half of the flour mixture with half of the milk into the mixing bowl until done. Turn off mixer when the cupcake batter is completely mixed.

Fold in the chopped apple and Snickers until fully incorporated.

Bake at 375 degrees for 15-18 minutes or until the top springs back up when lightly pressed or a toothpick inserted in the center comes out clean.

Allow cupcakes to cool. While cupcakes are cooling, make frosting.

In a saucepan over medium heat, melt the butter. Stir in the brown sugar and allow the mixture to come to a full boil. Stir the mixture frequently to avoid burning. Turn off the heat, remove the mixture from the stove and allow it to cool for one hour.

Move the frosting to a piping bag or ziploc bag with the corner snipped off and pipe the frosting onto the cupcakes. Sprinkle with chopped up Snickers.