This delicious date night apple cider cake is the PERFECT gift for friends and family this holiday season. It bakes easily in a pan or cook it in a take out container for a simple and easy gift. 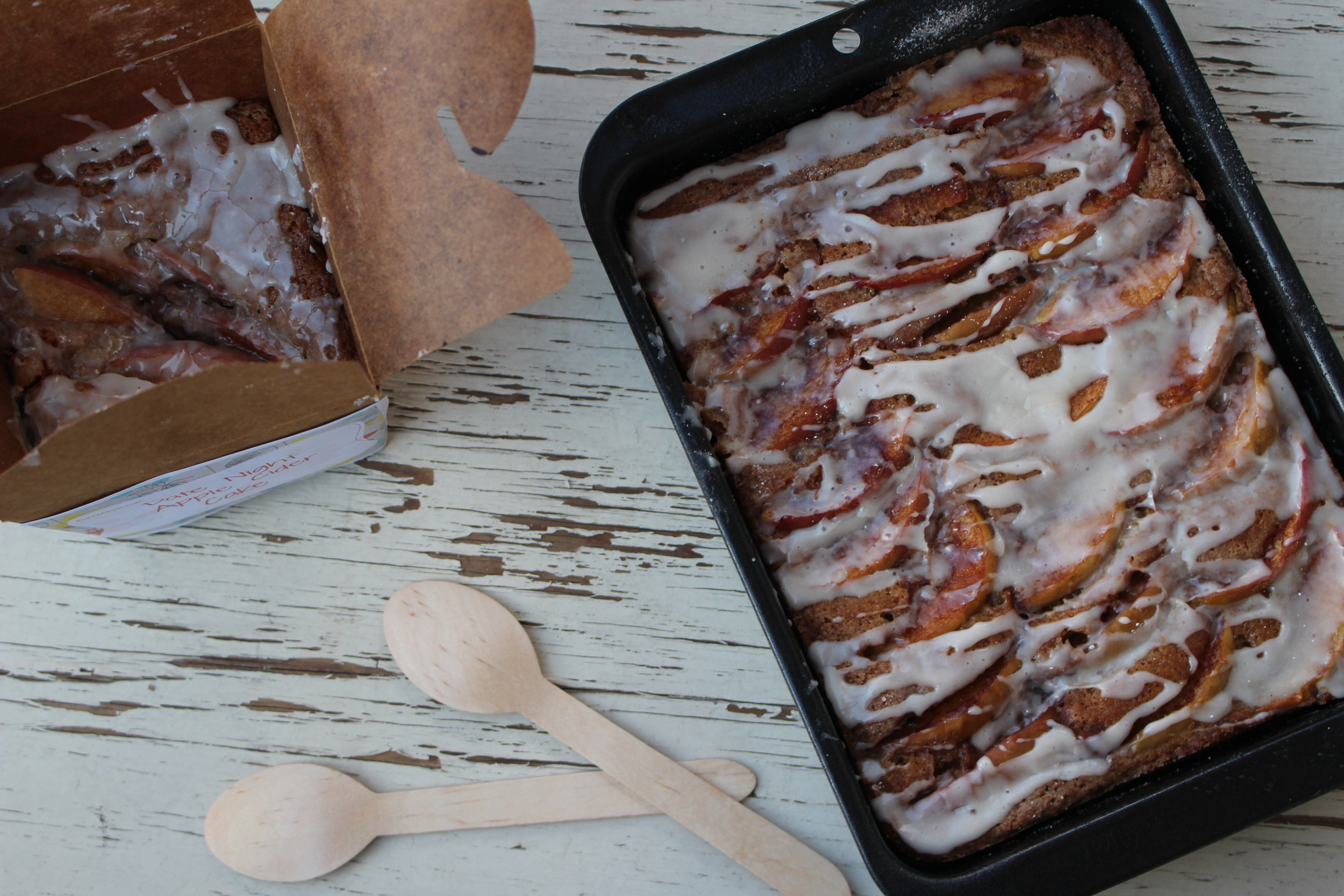 Oh the wonderful child who volunteered me to do concession treats for her high school play. While I generally don't mind, this play had 10 performances!

Since the play was Little Women, coming up with old fashioned treats was important. I wanted a variety of different treats. So this apple cider caramel popcorn was in. 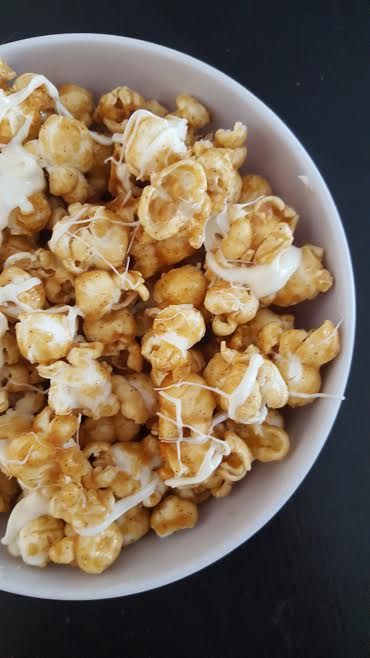 So were these apple cider caramel snickerdoodles. I also made the BEST jumbo bakery style pumpkin snickerdoodles (recipe to come) and the gluten free dairy free version got rave reviews and sold out every night of the show. 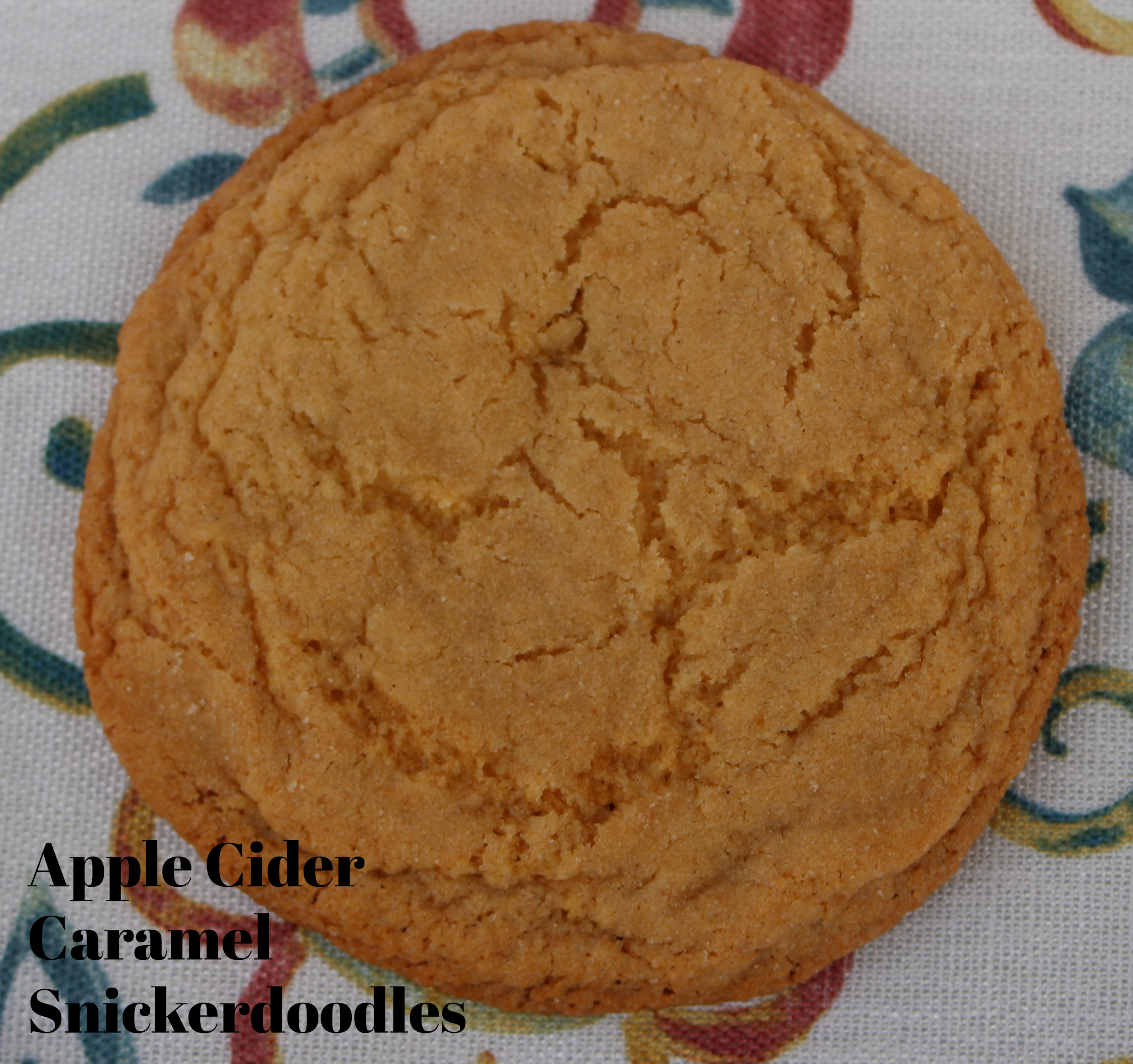 But this date night apple cider cake was a hit too, and the gluten and dairy free version also sold out every night. It was kind of a daring thing to make it for a play, but it got sold and people passing by thought it was such a cute idea for a play. 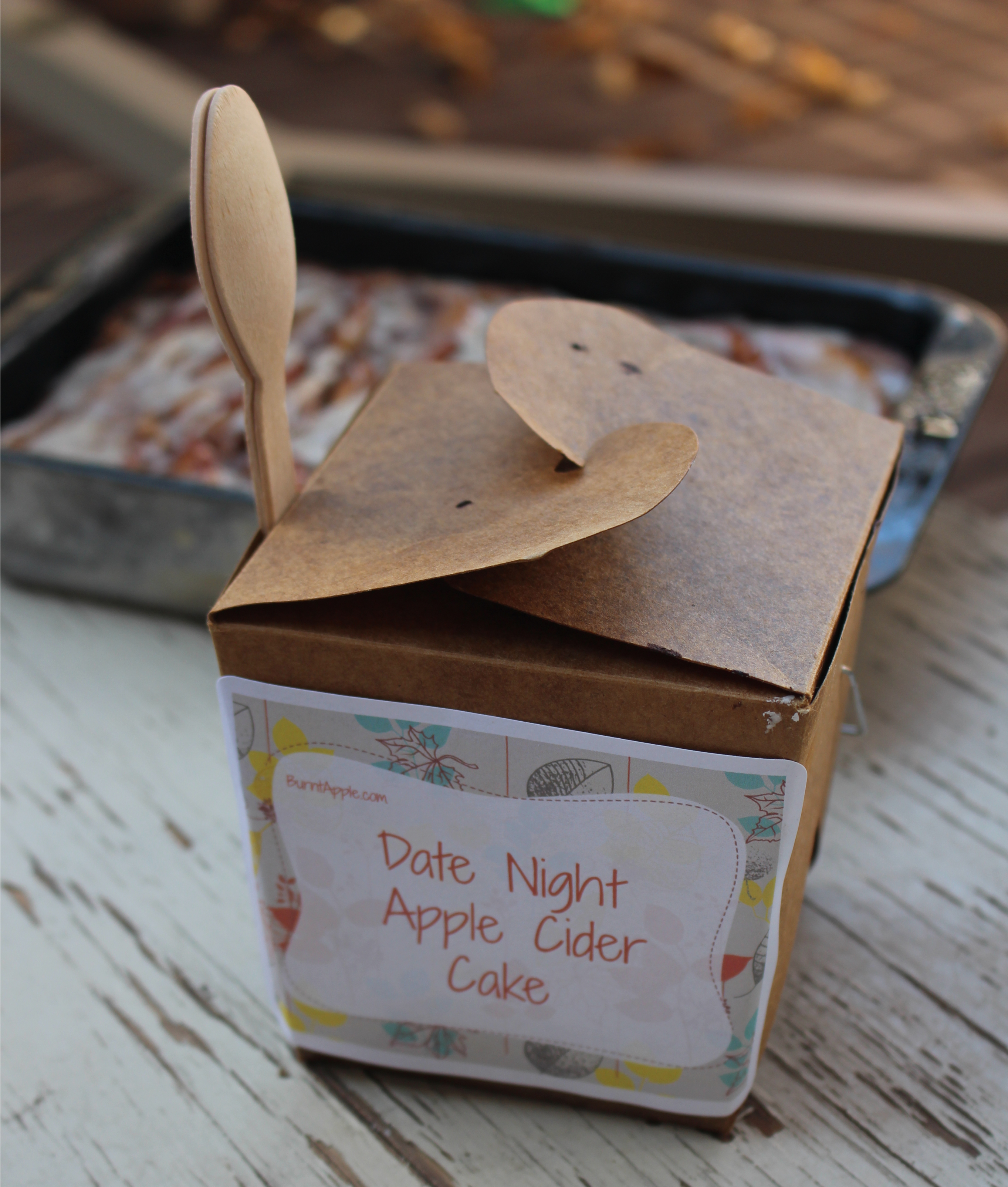 I used take out boxes I ordered online and then googled if I could actually bake in take out boxes. And there were a few sites that had some good suggestions but it was very much trial and error. 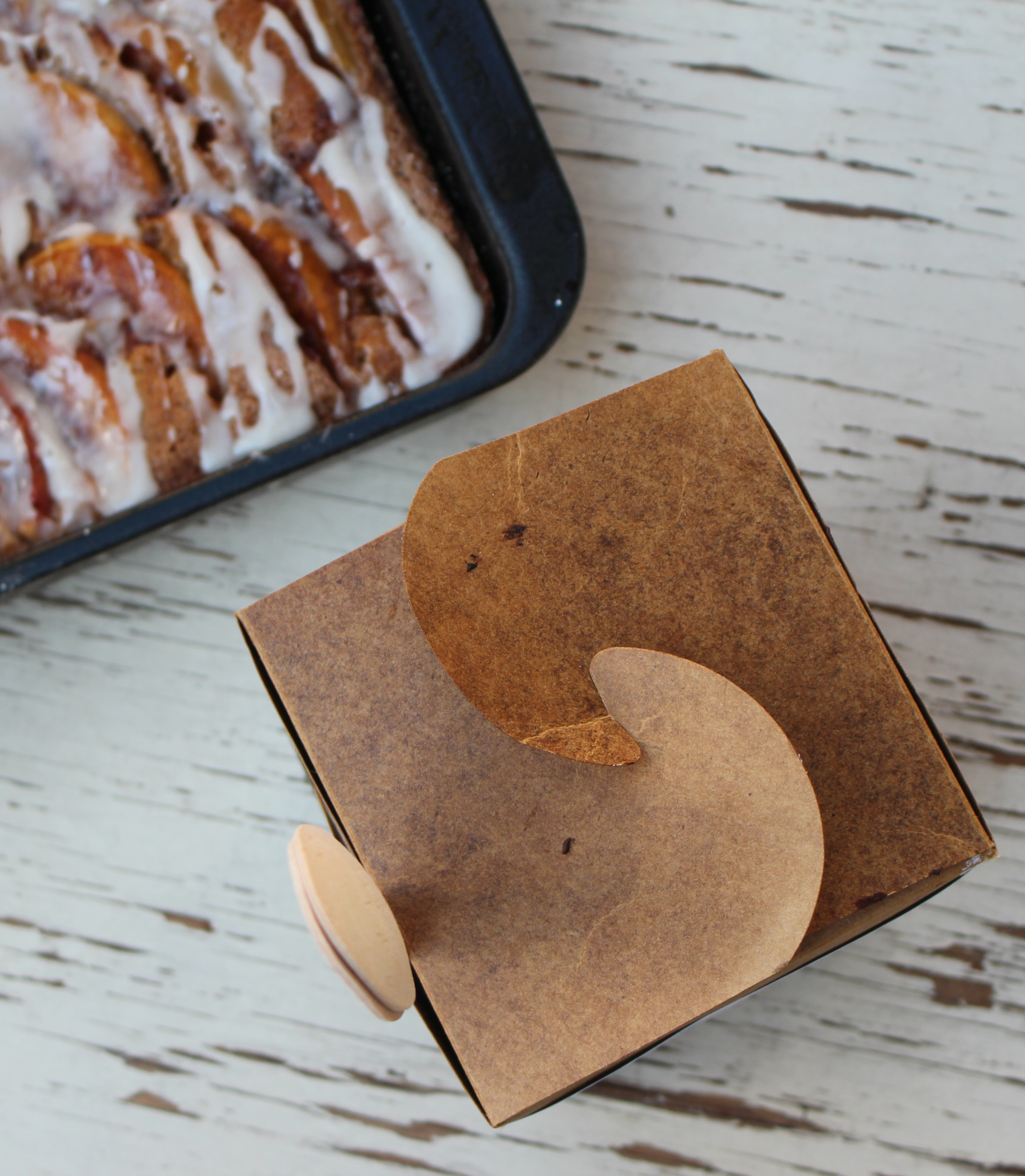 I am in LOVE with this cake. It is the best of fall and winter all wrapped up into a cake. And I love that the gluten and dairy free version was just as delicious as the regular version. That is hard to do, and i had people raving about the cake who had no idea that it had no gluten or dairy in it. For your benefit, I included variations for you to use. 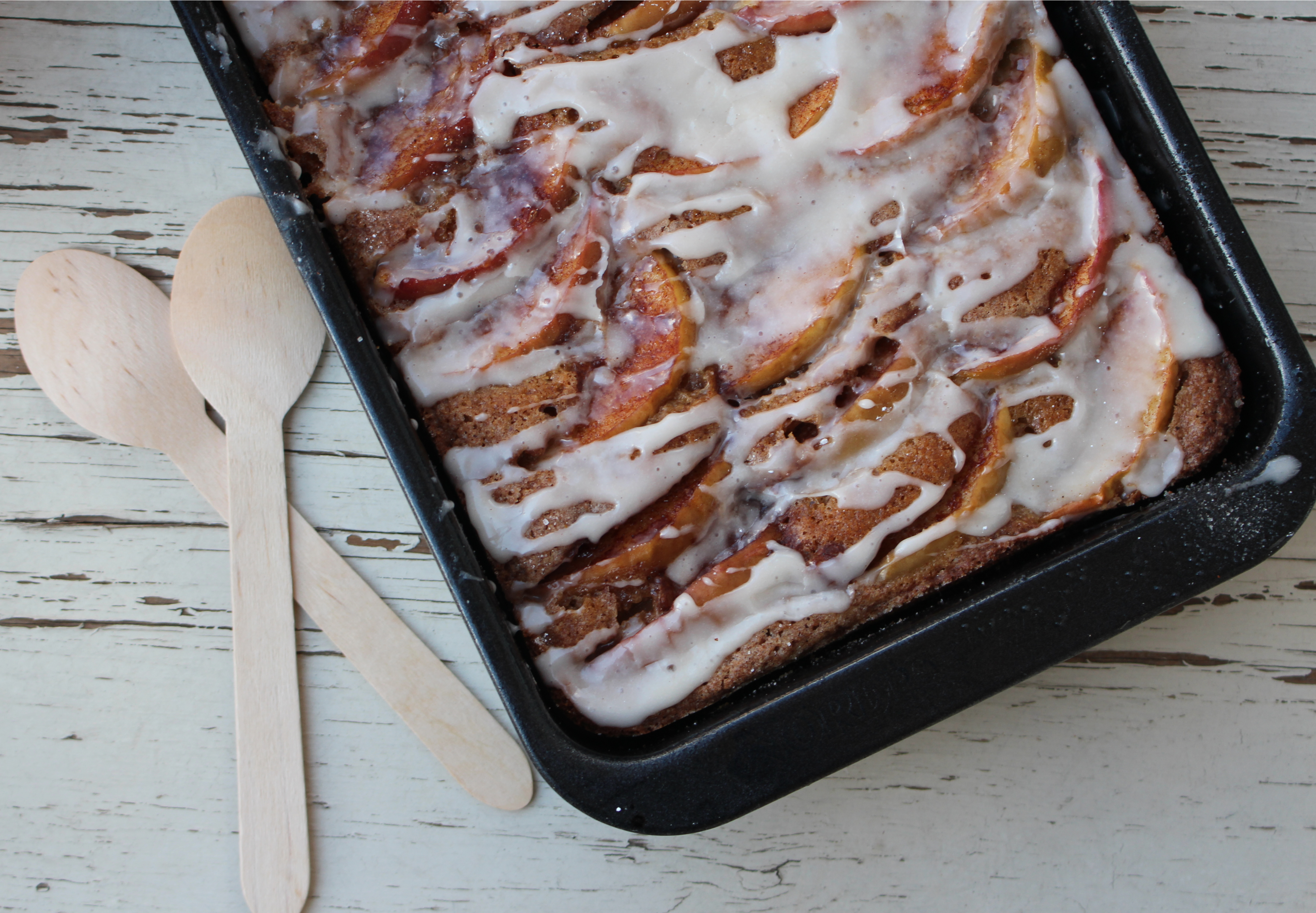 For the Cake:
For the crumb topping:
For the glaze:

To Make the Cake:
To make the Glaze: