There are only several occasions a year I make these under an hour cinnamon rolls in our house and I can tell you they don't last and they are big time business in our house since they are such special treats. 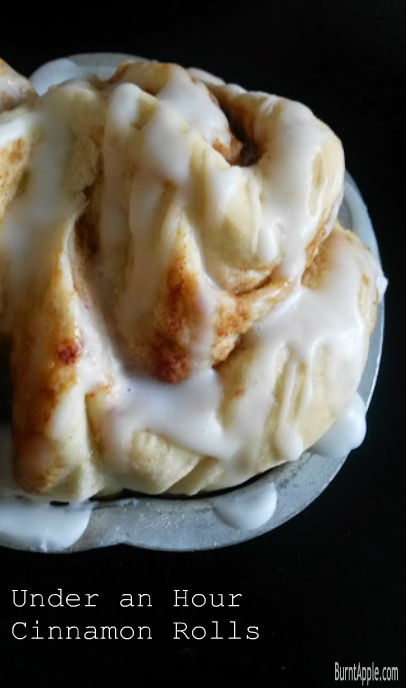 Over the years I've learned that my family hates waiting for food in the morning. Especially when it comes to cinnamon rolls. So we have to make sure that these are done and ready as quick as possible.

We love this recipe because the dough is amazing. It's made with our under and hour bread dough and topped with a cream cheese or powdered sugar glaze. You can even do a healthier glaze too.

Aaah...cinnamon rolls. Can you smell the rich buttery cinnamon and fresh bread smell coming out of your oven yet? 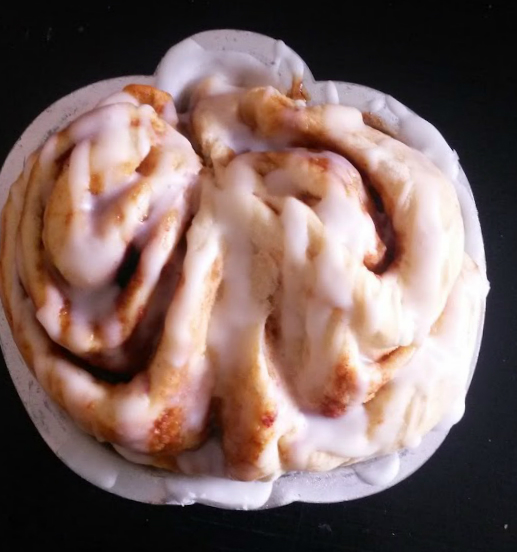 Other Recipes To Try With Our Under An Hour Bread:

Print
Under an Hour Cinnamon Rolls

* Cinnamon Roll Glaze: In a mixing bowl mix stir together two cups powdered sugar, 2 tsp vanilla, and 1-2 tbsp of milk. In a bowl mix together with a whisk until smooth. Pour evenly over the cinnamon rolls. * Cream Cheese Frosting: 4 ounces cream cheese, softened (we use greek yogurt/cream cheese mix), ¼ cup butter, softened, 2 cups powdered sugar, 1-2 tbsp milk, 1 tsp vanilla. Mix the butter and cream cheese in the mixer on medium speed for 2 minutes until light and fluffy. Turn mixer to low, add in the remaining ingredients until blended, then turn to mixer and mix an additional minute until light and fluffy. Frost each cinnamon roll. * Health(ier) Glaze: 8 tbsp melted butter or melted coconut oil, 4 tbsp arrowroot powder or cornstarch, 2 tsp maple syrup or honey, 1 tsp vanilla extract. In a bowl, mix together all of the ingredients in a bowl and evenly drizzle over the cinnamon rolls.